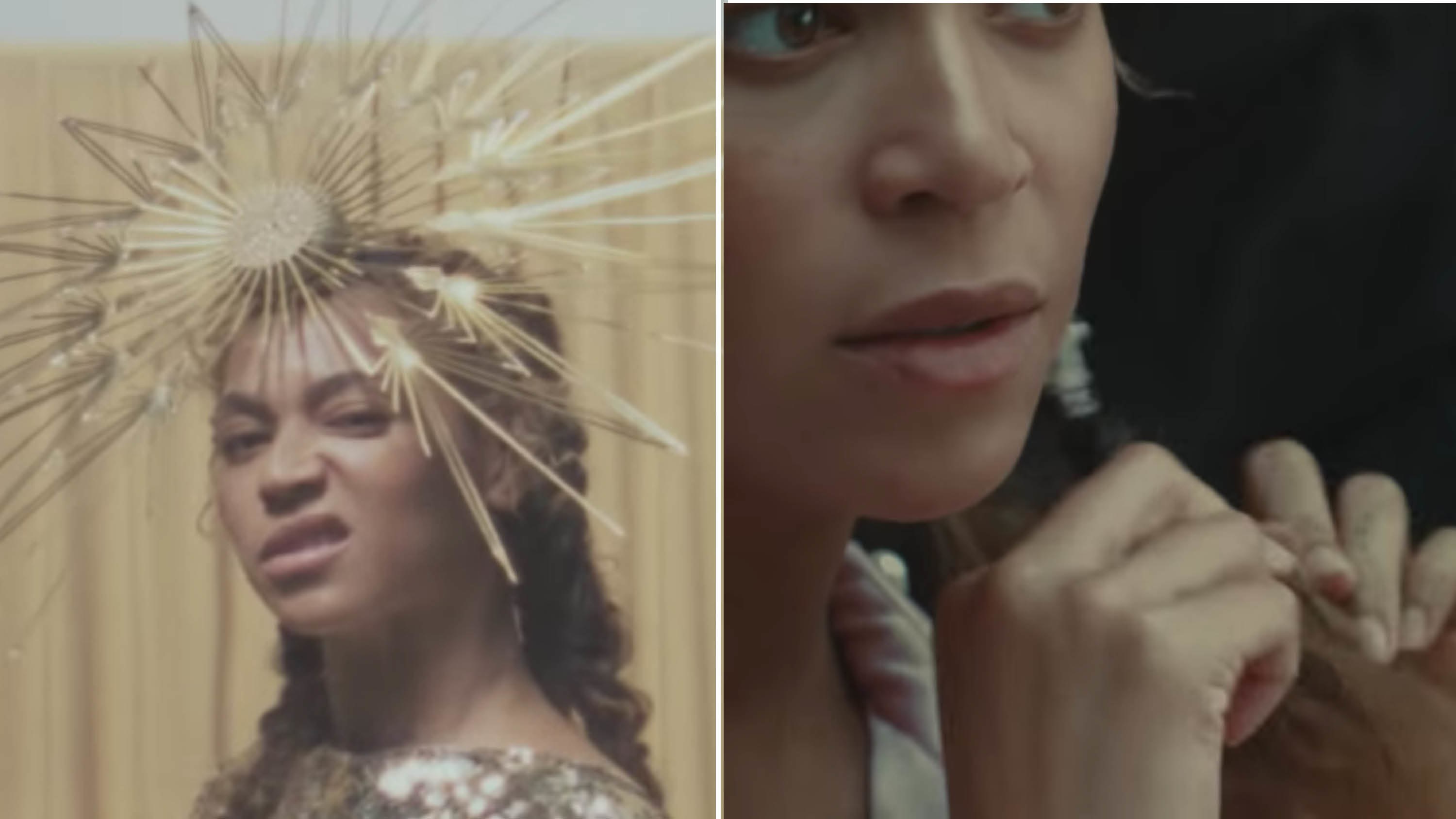 Upon its release earlier this month, Beyoncé's September 2018 Vogue cover made history, as it was the magazine's first-ever cover in the nearly 126 years since its founding to be shot by a black photographer. As seen in a new behind-the-scenes video from the shoot, released by Vogue on Tuesday, Bey made sure her kids were there to witness history. In between clips showing Beyoncé being photographed by Tyler Mitchell, others show six-year-old Blue Ivy running around in the grass and offer a rare glimpse of Bey's 14-month-old twins Sir and Rumi.

The video opens with Blue helpfully offering to "zoom in for you guys" on the outdoor cover shoot set, before she's shown holding a camera in her hands. Later, she takes a break from her filming duties to play around with a friend and show off her cartwheeling skills, then to cuddle with her younger siblings and her mom in sweet close-up shots.

The video also shows Beyoncé getting her hair cornrowed by her hairstylist Neal Farinah. A few months back, Farinah took to Instagram to correct fans (and trolls) who thought Beyoncé was wearing a weave in an image he posted of her, saying she was rocking her natural hair. "Sometimes women make choices, and black women are not the only ones who wear wigs and weaves and pieces. Remember that," he said in a post on Instagram. "And underneath wigs and weaves, black women have some of the most beautiful, curly hair."

If there were any doubts about whether those curls are growing from the singer's head, the shot of Farinah and what appears to be an assistant puts that all to bed. Heck, even Beyoncé got in there to do a little braiding herself. We stan a helpful queen with inches.

Mostly, the shot of Bey getting her hair braided is incredibly relatable. Besides that old familiar feeling of your scalp getting tighter as the braider weaves sections of your hair into place, that she lends a helping hand to speed up the process really hit home. If you've ever had to sit in a chair for any amount of time to get your hair braided, there was almost certainly a point where you said "Eff it, I'm gonna help" in order to make the process move faster. And being that Beyoncé is one of the busiest women around, it comes as little surprise that she would literally take matters into her own hands.

Previous: Discovery of a key protein involved in the development of autism
Next: Peach & Lily's Four New Skin-Care Products Are Bound to Sell Out Fast
Related posts
Pet Care News