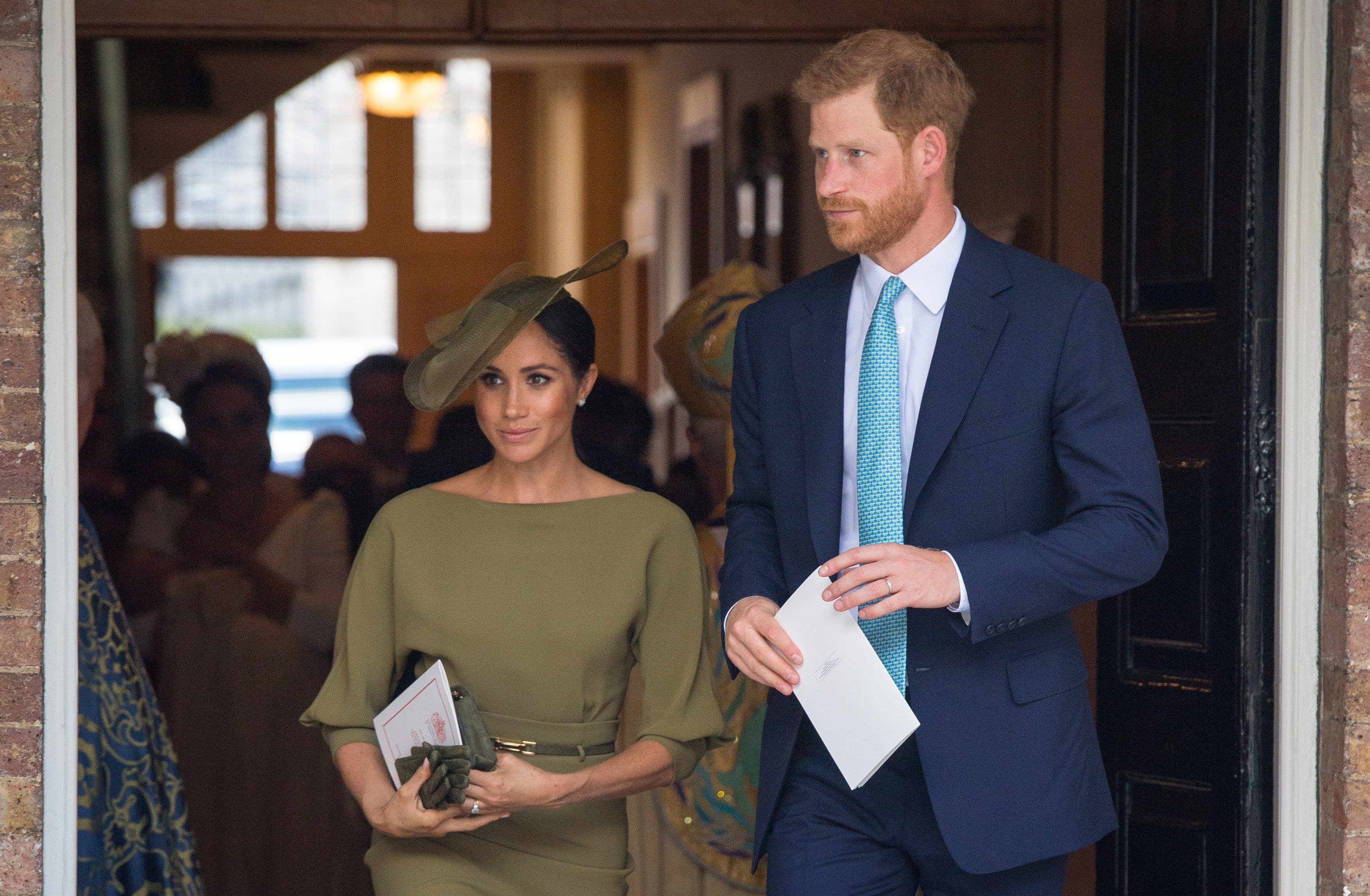 Duchesses, they're just like us. They hang out with their in-laws. They have embarrassing parents. And as of Monday, the Duchess of Sussex, aka Meghan Markle, pulled out the one beauty trick that we all know and love: She threw her hair into a ponytail.

More specifically, her palace-appointed stylist slicked her hair back into a low, respectable pony, which perfectly showed off her olive green fascinator by Stephen Jones and matching boatneck Ralph Lauren dress.

Now, it's likely that Meghan wears the style often in the comfort of her own Kensington Palace home, but Monday's ponytail is still a first for the new royal — and it's the first time she styled her hair in such a simple look in weeks. Since her May royal wedding, Markle has alternated her hairstyle between loose curls or a tight chignon. She chose the occasion of her nephew Prince Louis's christening to debut this simple, chic style, and inspire women everywhere to feel a little less guilty about "just" wearing a ponytail. (Yes, Prince Louis and his parents Prince William and Kate Middleton still stole the spotlight on the infant's special day, but as Markle must know, it's possible to celebrate a christening and enjoy a hair moment.)

Members of the Royal Family arrive at St James's Palace for the christening of Prince Louis. pic.twitter.com/3pDk4D898C

As royal watchers certainly know by now, Markle is famous for bringing the messy bun into the British royals' hair stylebook. Her trademark hairstyle is reportedly a break from royal protocol, which has Markle following rules like "always wear sheer nylons" and "cross your legs in this specific, pretzel-esque maneuver." The slick pony may fall more in line with what we (and Queen Elizabeth II) have come to expect from the royals, but still, it's a new look for Markle-as-Duchess.

So, does the new ponytail mean she's about to let her hair down, metaphorically speaking? Only time will tell.