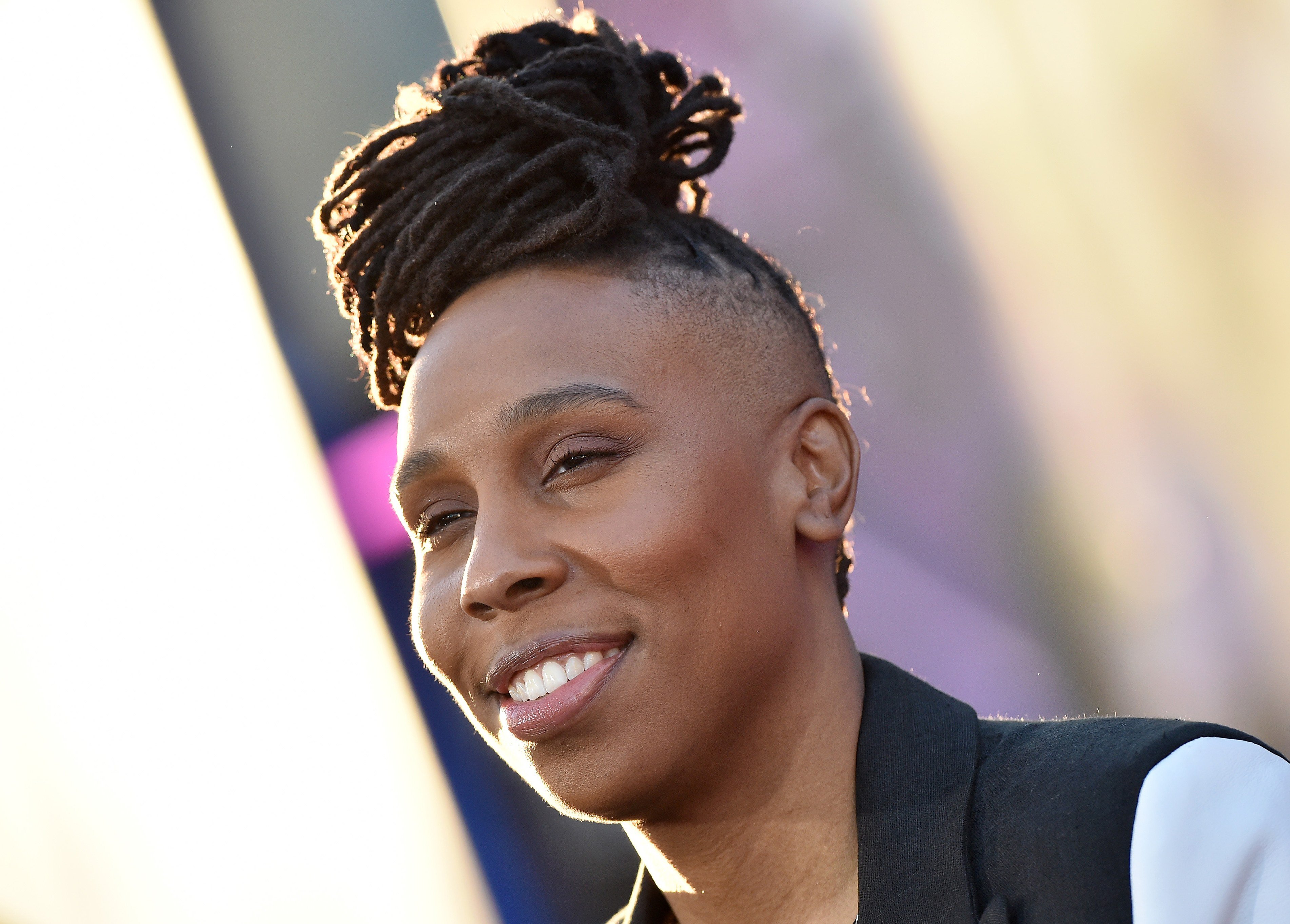 Lena Waithe is not here for the tiny, restrictive boxes in which society likes to place members of the LGBTQ community. On Thursday, the writer and actress arrived at the Hollywood Foreign Press Association's annual grants banquet with a semi-shaved head in place of her signature long locs, which she cut a few weeks ago. She then explained in an interview with Variety how the haircut wasn't just a way to feel more like her inner self on the outside, but also something of a statement against conforming to society's ideas of what women, especially LGBTQ women, should look like.

When asked about the cut, which boasts a closely-cropped top and a badass lightning bolt zig-zagging across the almost completely shaved sides, Waithe joked to Variety, "I've gotten gayer, guys." She then admitted that though she'd been thinking about cutting her locs for a long time, she'd been reluctant to take the leap. "I felt like I was holding onto a piece of femininity that would make the world feel comfortable with who I am, and I think I thought for a long time, 'Oh, if I cut my hair, I'll be a stud, I'll be — in the gay world, there's a lot of categories — I'll be a stud or I'll be a butch,' and I always thought, 'Well, no, I'm not like that, I'm still soft,'" the Emmy winner said. Eventually, though, she realized that it doesn't actually matter how others choose to classify her. "I said, 'Oh, I gotta put that down, 'cause that's something that's outside of me,'" she recalled.

After getting the chop, courtesy of Barber Doll the Slayer, "I felt so free and so happy and so joyful, and I really stepped into myself," Waithe said. "If people call me a butch or say, 'She's a stud,' or call me 'sir' out in the world — so what? So be it," she continued. "I'm here with a Prada suit on, not a stitch of makeup, and a haircut — I feel like, why can't I exist in the world in that way?"