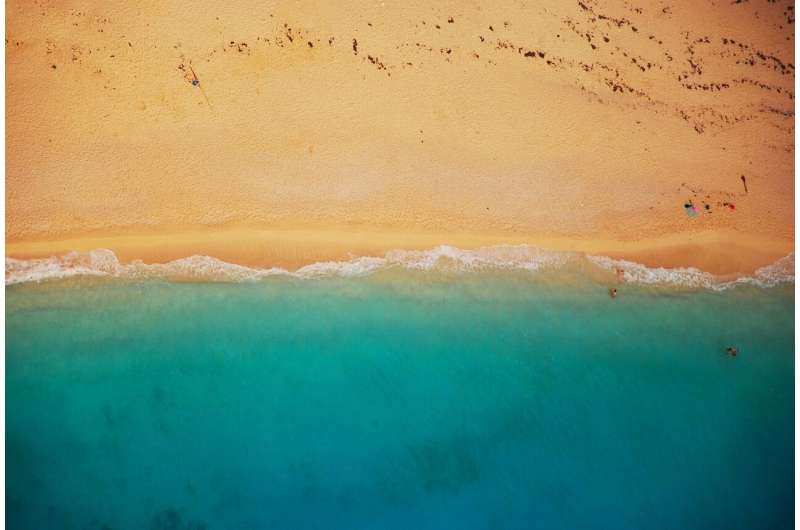 With summer here, families and tourists will flock to New Zealand’s beaches, rivers and lakes to paddle, swim, surf, fish, boat and kayak. But despite our love of the water, New Zealanders have a terrible record of drowning deaths.

Last summer was the worst year for drownings in a decade. Our ten-year average beach and coastal drowning rate is 44% per capita higher than Australia’s. According to Water Safety NZ chief executive Daniel Gerrard, “Drowning is the leading cause of recreational death and the third-highest cause of accidental death.”

The data also reveal that Asian and Māori communities are over-represented in both fatal and non-fatal drownings. New Zealand research suggests Western approaches to water safety have not worked for Māori. Water safety educators and advocates are now working to strengthen the connection Māori have with water through whakapapa (genealogy), mātauranga (knowledge) and tikanga (custom).

Our research with the Auckland Chinese community suggests the same may be needed for Asian New Zealanders, who are expected to make up 26% of the population by 2043. Asian drowning fatalities in 2021 more than doubled from 2020, from seven to 19. This was 72% more than the five-year average of 11. Understanding how best to educate the Asian community about water safety is a clear priority.

Many first-generation Chinese grew up in urban areas where outdoor swimming in lakes and reservoirs was either not allowed or seen as dangerous. They arrived in Aotearoa with little interest or experience of the outdoors, often avoiding water out of fear.

The general manager of Sir Peter Blake Marine Education Recreation Centre, Yuin Khai Foong, argues that new Asian migrants need greater support to understand and navigate their new environment—especially the water. “In New Zealand, you cannot avoid it […] Water skills need to be for everyone, because you never know when you’re going to end up interacting with the water intentionally or unintentionally […] when you could be a bystander to someone in need of assistance in the water. Having water skills is good for us as individuals and as a community.”

Support organization ActivAsian has found Chinese parents—especially those who have been in New Zealand for some time—want their children to learn to swim. Matching that desire with access to learning opportunities—and funding—is the challenge.

There is already a problem with New Zealand children in general not learning basic water skills. As one 2018 media report put it bluntly: “Kiwi kids may be losing the ability to swim”.

A report commissioned this year by Water Safety NZ showed 48% of children weren’t having swimming lessons. Water safety skills, however, involve more than the ability to swim in a pool. The Water Skills for Life program incorporates 27 core skills, but only 301,226 children aged five to 13 completed it in 2021, leaving 174,753 missing out.

Furthermore, according to a recent international study, vital water skills should include the ability to identify risks such as rips and tide changes, as well as awareness of one’s personal ability.

A 2020 study using Muriwai beach near Auckland found only 22% of those surveyed were able to successfully identify a rip (experienced local surfers and body-boarders scored much higher).

Research consistently finds men are more likely to overestimate their ability and underestimate the risks, too often with fatal results.

And it appears some Chinese men share this trait. One interviewee described Chinese men as “daring”; another said they were “really brave—they want to give it a try”. But many were also “ignorant about the sea [with] no reverence for nature”.

Reluctance to wear lifejackets was also highlighted. Figures show two-thirds of small-boat drownings involve people not wearing life jackets. Water Safety NZ has called for urgent changes to regulations so everyone on small boats is required to wear a life jacket.

As well as co-ordinated strategies for water safety education, and better resourcing of school programs, community providers like ActivAsian (Auckland) have shown there is a clear need for culturally specific support in order to change attitudes and behaviors.

Greater inter-generational involvement is also needed. As one interviewee said, “There’s no point having a whole bunch of kids come in [if] mum and dad don’t see it. They don’t get it. They don’t support it.”

Water Safety NZ and its partners do provide funding, information and training, but the key messages are not having the desired impact—especially with men and Māori and Asian communities.

The beach is an important cultural and health resource. As the Environment Aotearoa 2022 report argues, “Recreational activities create strong bonds between people and the coastal places they visit, as well as providing stress relief and promoting mental and physical well-being.”

Making this a safe reality for all New Zealanders, including Asian migrants, will require targeted funding and culturally relevant knowledge and education. Otherwise, we risk a repeat of last year’s tragic drowning statistics.