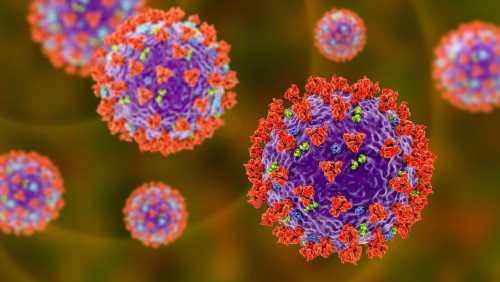 Despite introducing highly efficacious SARS-CoV-2 vaccines, the continued emergence of immune-evasive virus variants and the rapid decay of vaccine efficacy pose significant public health challenges. Many first-generation vaccines are based on the spike identified in the early pandemic from the SARS-CoV-2 Wuhan-1 isolate. The spike protein has acquired multiple mutations leading to the emergence of SARS-CoV-2 variants.

The Omicron variant is particularly interesting since it extensively evades the neutralizing responses induced by mRNA vaccines, prompting the need for booster and reformulated vaccines. Although boosters restore neutralizing activity against the Omicron variant in the short term, the current approach of boosters is not sustainable, mandating the development of vaccines eliciting more durable immune responses.

The study and findings

These mice were intraperitoneally administered alum-adjuvanted recombinant protein(s) twice at an interval of three weeks. Sera were collected and analyzed for antibodies using enzyme-linked immunosorbent assay (ELISA). Antibody levels were low/undetectable with the first immunization but significantly increased after the second immunization.

Neutralizing activity was measured using a lentiviral pseudotype assay. The team found that only sera from spike-immunized mice exhibited neutralizing activity, albeit the nAb titers were low. Prior research indicates that in the case of other type I fusion glycoproteins, nAbs recognize metastable quaternary epitopes instead of monomers.

Both SARS-CoV-2S6p3 and SARS-CoV-2S6p312 were recombinantly expressed in mammalian cells. Negative transmission electron microscopy verified the homogeneity and purity of expressed proteins. Next, IFNAR-/--CD46Ge mice were immunized with these recombinant spike proteins with or without alum-adjuvanted formulations. Not all mice receiving SARS-CoV-2S6p3 had nAbs despite using the adjuvant, and those with nAbs had low geometric mean titers (GMTs).

By contrast, all mice vaccinated with alum-adjuvanted SARS-CoV-2S6p312 showed seroconversion with approximately five-fold higher GMTs. The researchers generated recombinant MeV (rMeV)-based vaccine candidates expressing the spike since only the full-length protein elicited nAbs in mice. They used a remodeled Moraten strain-based MeV (MeV-MR) as the vector since it is less susceptible to neutralization by anti-MeV antibodies.

Notwithstanding, not all immunized groups showed SARS-CoV-2 spike seroconversion even after two vaccinations. Moreover, nAbs were only present in sera from mice vaccinated with two rMeV constructs with trimeric proline-stabilized spikes fused to NAP (MR-CoV-S2p312 and MR-CoV-S6p312), while other mice lacked neutralization.

All vaccinated mice mounted a robust T-cell response producing IFN-γ, and splenocytes from all animals were reactive to spike peptides. Moreover, sera from animals immunized with a single dose of MR-CoV-S6p312 had comparable neutralizing responses against pseudoviruses expressing spikes of SARS-CoV-2 Alpha, Beta, Kappa, and Epsilon variants.

Next, they conducted passive antibody transfer of sera from IFNAR mice boosted with homologous wildtype or heterologous Omicron MR-CoV-S6p312 vaccine into K18-hACE2 mice to assess protection against live viral challenge using SARS-CoV-2 WA1 strain or Omicron BA.1. Although the replication of the SARS-CoV-2 WA1 was evident in the lungs of passive antibody recipients, both types of sera reduced viral titers similarly.

Viral titers in mice challenged with BA.1 were around 100-fold lower than those detected in WA1-challenged mice. Moreover, animals passively immunized with sera from heterologous Omicron vaccine-boosted mice had modest improvement in lung titers (four-fold lower) than the other group. Finally, the authors demonstrated that pre-existing nAbs against MeV did not impair the immunogenicity of the MeV-MR-vectored SARS-CoV-2 vaccine.

A heterologous booster (Omicron-based) restored neutralization against contemporary and historical SARS-CoV-2 variants. Lastly, the authors demonstrated that pre-existing immunity against MeV did not hamper the immunogenicity of MeV-MR-vectored vaccines. Together, these findings corroborate further development of MeV-MR-based SARS-CoV-2 vaccines to induce immunity in individuals immune to measles.

bioRxiv publishes preliminary scientific reports that are not peer-reviewed and, therefore, should not be regarded as conclusive, guide clinical practice/health-related behavior, or treated as established information

Tarun is a writer based in Hyderabad, India. He has a Master’s degree in Biotechnology from the University of Hyderabad and is enthusiastic about scientific research. He enjoys reading research papers and literature reviews and is passionate about writing.