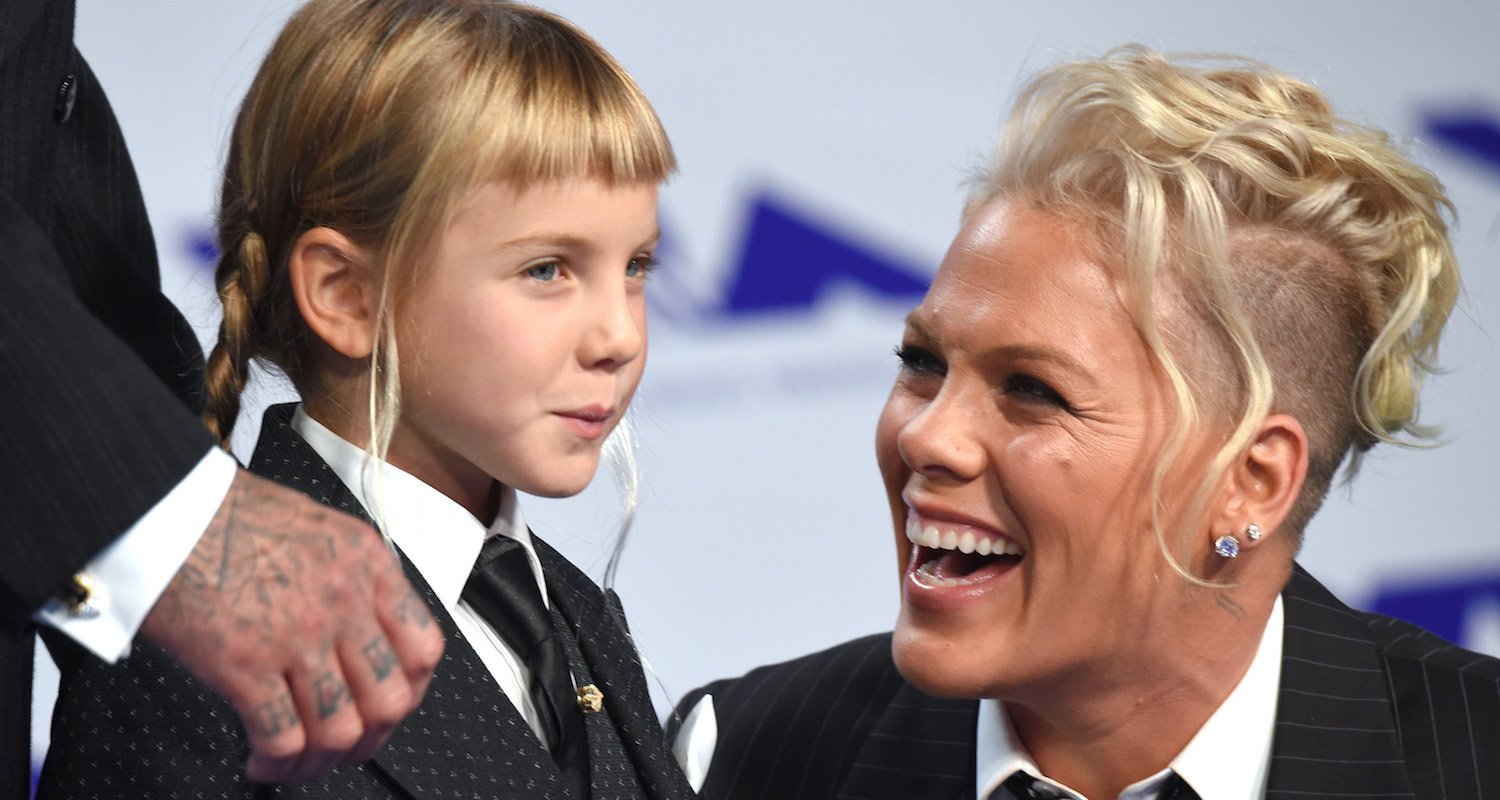 On stage to receive the coveted Michael Jackson Video Vanguard Award at the MTV VMAs, musician and vocal feminist Pink made a heartfelt plea to her six-year-old daughter Willow Sage Hart, as well as all young girls and women everywhere.

Little Willow was in the audience watching with her father to hear her mother’s powerful message.

Pink began by recounting how her daughter had recently told her she felt ugly, saying, “I look like a boy with long hair.”

“Where does this thinking come from?” Pink questioned, before describing how she created a Powerpoint presentation for her daughter filled with “androgynous rockstars and artists that live their truth, are probably made fun of every day of their life, but carry on and wave their flag and inspire the rest of us.” She named stars like Prince, Janis Joplin, David Bowie and Elton John.

“People say I’m too masculine, that I have too many opinions, that I’m too strong – but do you see me growing my hair?” Pink said. “I said to her, we don’t change, we help other people to change so they can see more kinds of beauty.”

“You, my darling girl, are beautiful and I love you.”

Willow stood up for the duration of her mum’s speech, nodding with her hands clasped at her chest.