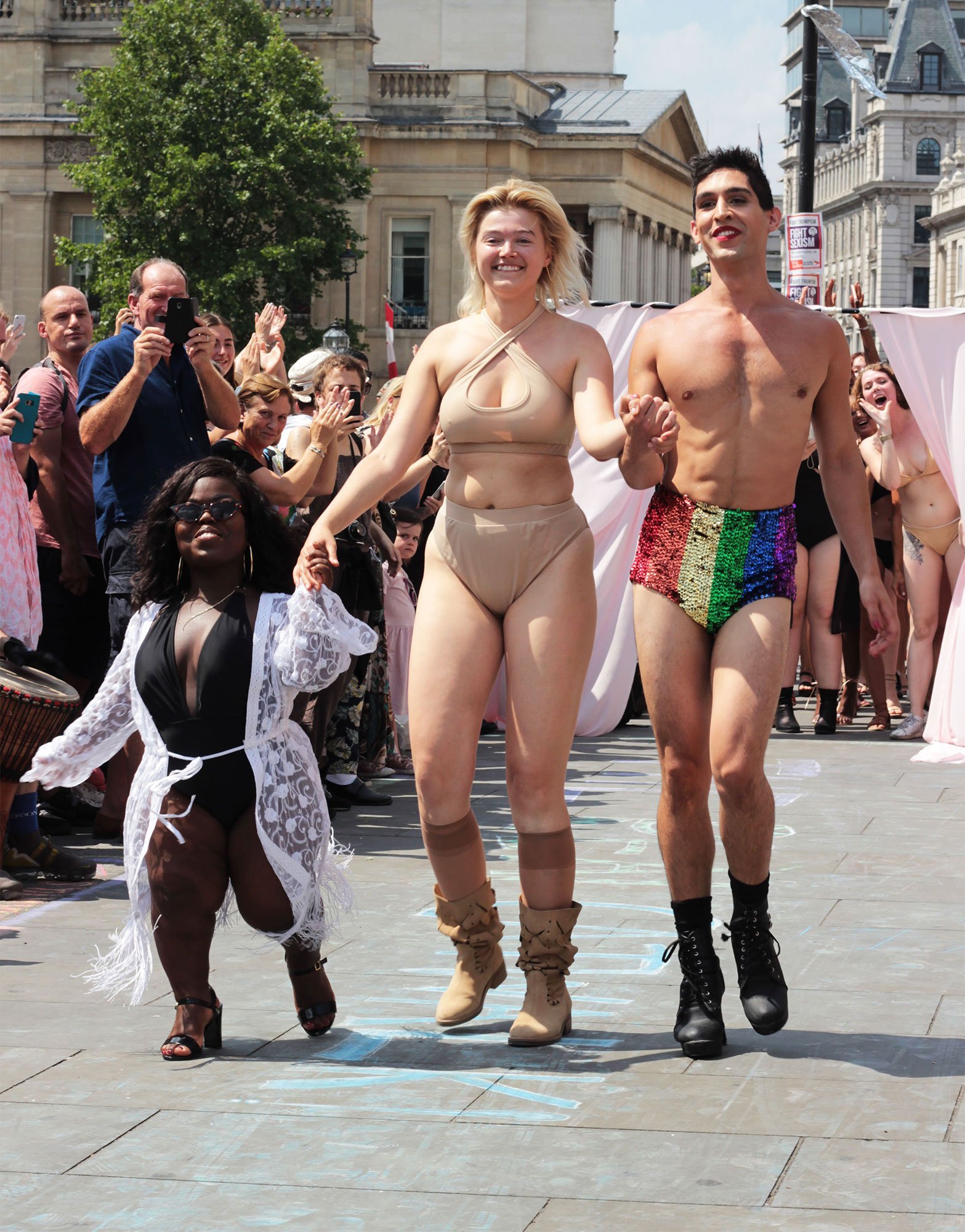 As a contestant on cycle 24 of America’s Next Top Model, Khrystyana Kazakova has seen all sides of the modeling industry, and recognized a major lack of body diversity. Wanting to make a change, she started organizing The Real Catwalk fashion shows across the globe.

Kazakova’s first show was in New York City’s Times Square in December, but half of the models were unable to make it, and it didn’t go as planned. So for her second show, in London’s Trafalgar Square, she was determined to make it bigger — and she pulled it off on July 14.

Around 115 real people with bodies of all shapes and sizes showed up to walk the runway in their bathing suits for body positivity, with photographer Sophie Davis capturing their joy. “I feel like a lot of people don’t feel represented at all in fashion and media,” Kazakova told BBC News. “There are people who didn’t wear their bathing suits for 20 or 30 years and today was their day, and they felt confident, they felt sexy, they felt beautiful.”

And the people on the runway echoed Kazakova’s words. One woman with dwarfism, named Fatima, said that she felt like herself after strutting her stuff.

“It’s boosted my confidence, it’s boosted my self-esteem. I can look at myself and say, I am a real person. I am a human being,” she said.

“We are damaging people’s eyes thinking that this is normal and that is not normal. This is normal. Right here. This is normal. Me. A real woman, real body. This is what it looks like,” added Clara, who went down the runway in her wheelchair.

Kazakova posted on Instagram that she was thrilled with the event and worldwide response.

“#therealcatwalk happened! AGAIN! Louder and stronger is our self celebration!” she wrote. “Despite everything we are taught about how to feel/act while being and experiencing in these bodies — we heard them but we didn’t listen!”

“No, we aren’t on your go to e-com websites, and not the faces of your favorite cosmetics lines, we aren’t even trying to sell you anything! We are people, we are your friends and family. We are People that cherish you.”

Previous: Teenage boys will be vaccinated against HPV – a cancer-causing virus
Next: These Dandruff-Scraping Videos Are Going Viral, and I Give Up
Related posts
Pet Care News