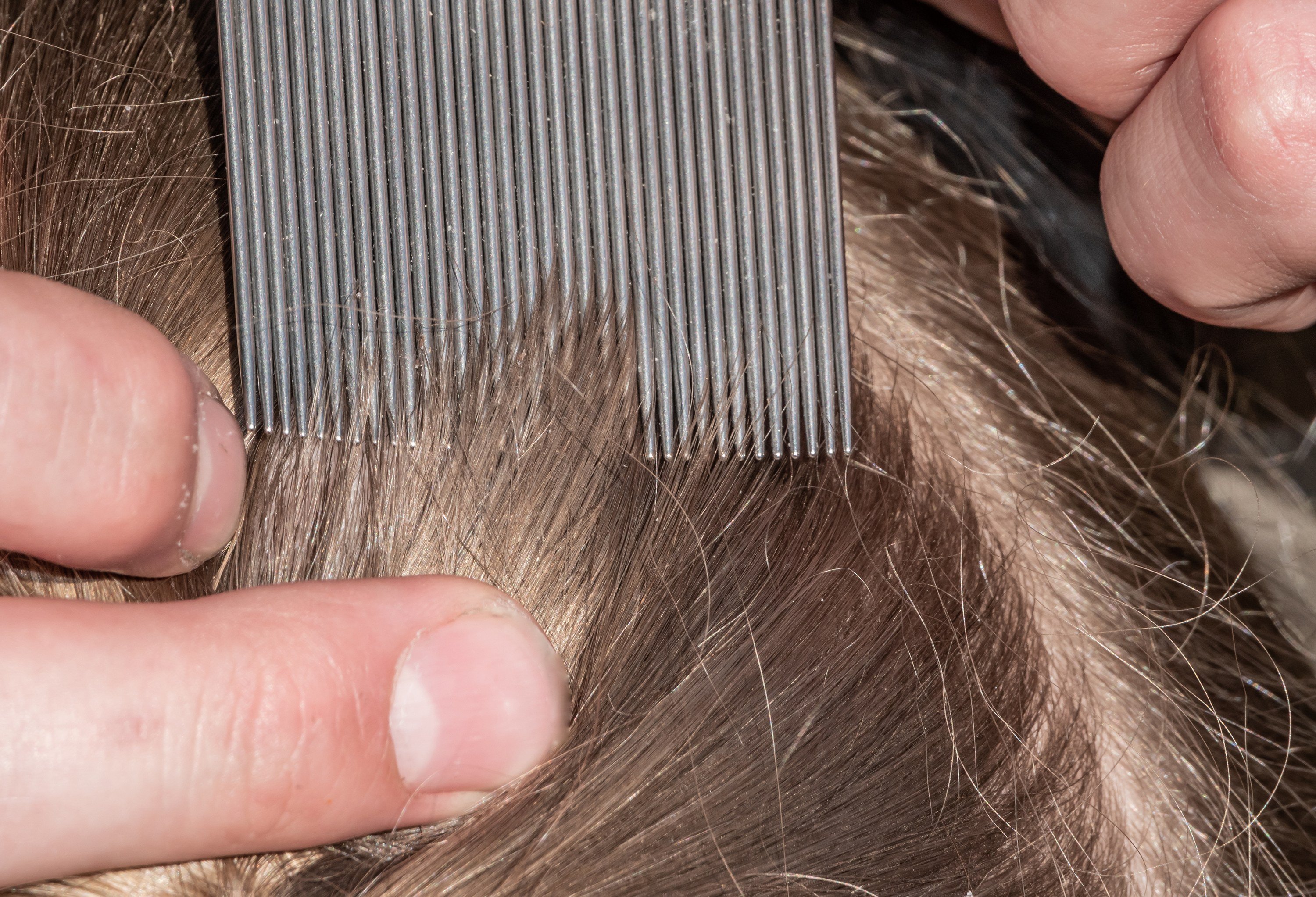 Home » Skin & Body Care » These Dandruff-Scraping Videos Are Going Viral, and I Give Up

During one of my late-night YouTube binges, I landed on a video of a woman using a small picking tool (similar to the one a dentist would use to clear away plaque) to scrape away her dandruff. As someone who has struggled with flakes for over two decades, I was mesmerized. The soft, repetitive scratching sounds sort of have a relaxing ASMR effect.

For me, the extreme close-up shots of flakes lifting from her scalp (think of a snake shedding its skin) called to mind the pimple-popping videos that I've watched again and again. There is something so satisfying about a seeing a blackhead explode, and it's the same with watching these huge flakes getting brushed away. Comments under the video — "Why is this so satisfying?" and "I can't stop watching!" — echoed the thoughts running through my head as I watched the entire five-minute performance. And of course, this isn't the only video out there. A search for "dandruff scraping" on Youtube pulls up 2,600 videos. I'm calling the trend now: Dandruff scraping is poised to replace pimple popping as the new gross beauty fascination.

When I was a little girl, my mom used a fine-tooth comb and a similar scraping technique to get rid of my flakes before shampooing. It stopped the itch, but it sometimes made my scalp bleed. I'm down to suffer a little for beauty's sake, but where's the line? I talked to doctors to check if this dandruff scraping trend is the proper way to handle dandruff — and if not, what should we be doing instead? (And, by the way, no matter what I learn, I'm still going to watch these videos.)

First of all, the dandruff in these videos is probably seborrheic dermatitis.

When I showed a couple dermatologists the video that got me hooked, they immediately identified the flakes as a more than your run-of-the-mill dandruff. "This looks consistent with seborrheic dermatitis, which is sort of like a more advanced form of dandruff, which not only includes flakiness but also inflammation," says New York City-based dermatologist Sejal Shah.

Seborrheic dermatitis is caused by an overabundance of the yeast malessezia furfur, which is everywhere on the skin, but some people are sensitive to it and have this reaction, dermatologist Michelle Henry previously told SELF. These flakes are large and oily, think the size of bran or oatmeal. Also the skin can look pink or red underneath the flakes — a sure sign of inflammation.

Shah says the large, scaly flakes from the videos could also be pityriasis amiantacea, which is a severe form of seborrheic dermatitis that is a result of psoriasis, eczema, or even a fungal infection. If flakes are coating your scalp in this way, it's best to see a dermatologist to get a true diagnosis.

Manually scraping the flakes away is not a good idea, according to derms.

I have to say, I admire the creativity of YouTubers like GirlFlakesWorld, PitaFlakes, and ScratchingMyScalpOff have when choosing what to use for the scraping. I've seen a lice comb, a dental hook, tweezers, and a blackhead extractor.

"My favorite tool for scraping is a dental pick. It’s flat on one end and pointy on the other which really allows me to gently lift the scales from my scalp without pulling my hair strands out," Tracie Martin, the woman behind the dandruff scraping on the Tracie M YouTube channel, tells me. "I try and make nice, straight parts in my hair so that I can pick up the scales neatly. I have to pick and scrape in a way that is the least damaging to my scalp and hair; that is most important to me."

However, dermatologists are against any and all scratching and scraping. "I do not recommend using the tool as seen in the video," says Michele Green, a dermatologist, referring to the metal oral care hook used in so many of these YouTube videos. "You should not force the flakes from the scalp, as this can cause trauma to your scalp." Scraping could cause more inflammation, bleeding and scabbing, and hair loss the derms warn.

Instead, there are over-the-counter and prescription treatments for seborrheic dermatitis.

So if you can't scrape it off, what is the best way to handle seborrheic dermatitis? Shah recommends using a shampoo with ingredients like salicylic acid, sulfur, tea tree oil, or coal tar. Some of her top picks include Neutrogena T-Sal and Bakers P and S Solution.

Shah tells her patients to shampoo every other day, but recognizes it might be harder for some hair types (for example, African American women who tend to wash less frequently and wear protective styles). Martin, who was diagnosed with seborrheic dermatitis and scalp psoriasis about four years ago, is one such case.

"I wash my hair about once every three weeks. In between that time, I spot-treat with 100 percent tea tree oil," she says. "I've found that with most scalp treatment shampoos, you're directed to wash your hair several times a week, but that's not an option for me. With my scalp conditions and hair type, washing my hair weekly is really damaging and drying to my scalp and hair."

When she washes, Martin uses T-Sal shampoo or another coal-tar based product that is paraben or sulfate free, but that alone doesn’t remove all the flakes. "I scrape before every wash or else the scales will all still be there and stuck to my scalp, even after thoroughly shampooing," says Martin. "There is no cure for my condition, so any product I use to treat it will only help minimize the occurrence, but it never goes away completely."

If the flakes are resistant to over-the-counter treatments, a dermatologist can prescribe something for seborrheic dermatitis. "In extreme cases, as in the videos, prescriptions such as Nizoral shampoo three times weekly in addition to Temovate scalp solution would be required to control the excess sebum build up," says Green. Temovarate is a topical steroid that can be mixed with olive oil and used as a nightly treatment to get severe flakes under control.

By following the derms' advice, you will have to forgo that satisfying scraping — but that's what YouTube is for.