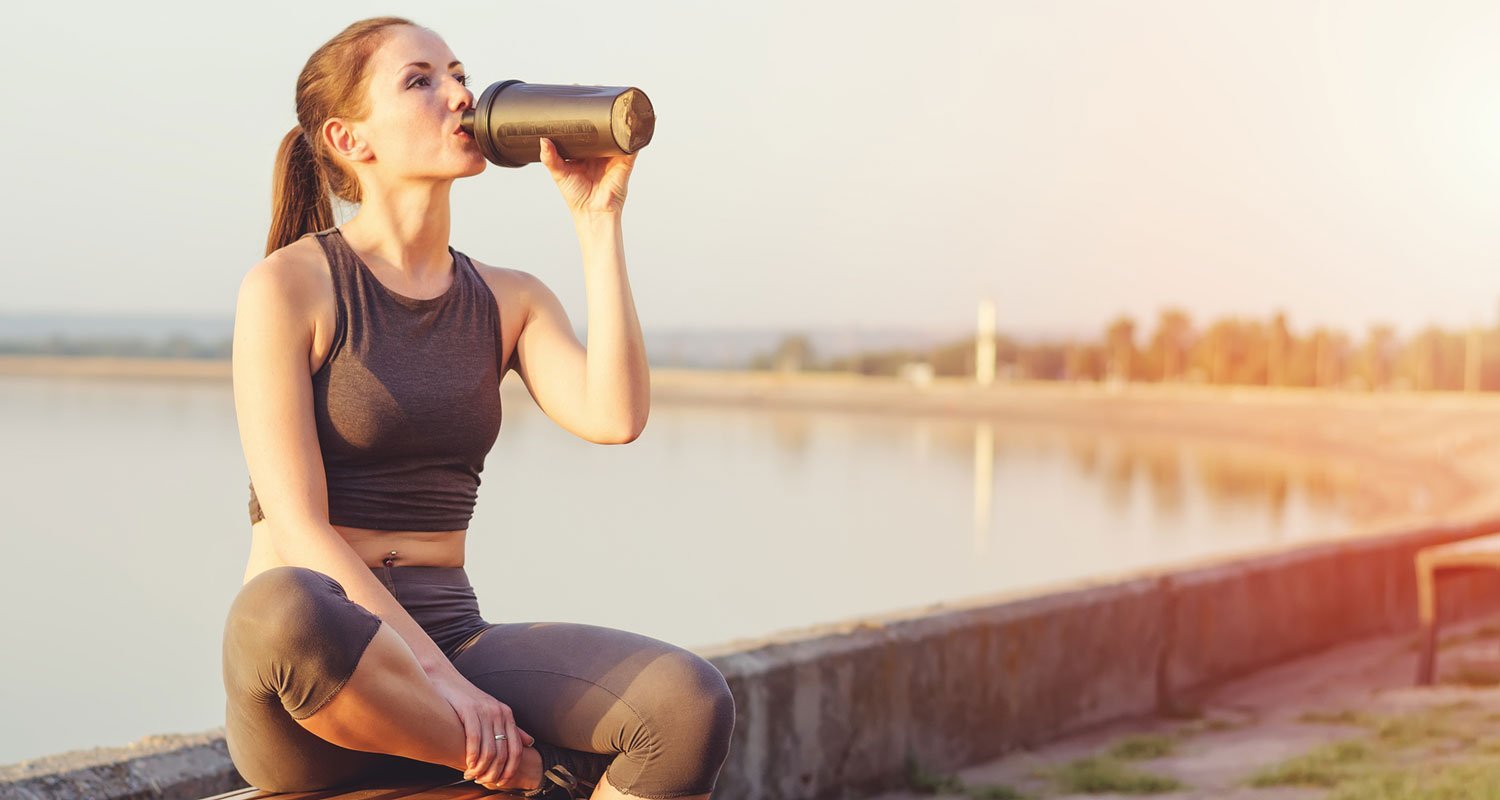 Home » Health News » Everything You Need To Know About Protein Powder

You regularly smash one after a workout. Your best mate has a scoop’s worth sitting in her shaker, and they’re popping up in gyms everywhere.  The Complementary Medicines Industry Survey found protein powders were the most popular sports medicine products in Oz, generating $272 million worth of sales in a year. As a tub and scoop are now everyday essentials for fitness fans, questions are being asked about the body  claims producers make. So we called in the experts for a little advice.

So why all the buzz around protein?

“It’s a macronutrient that provides amino acids, which join together to create and maintain muscle, bone, hormones and skin,” says Dr Graeme Close, professor of human physiology at Liverpool John Moores University. “Think of them like Lego blocks. When the muscles are damaged through exercise, the Lego builders are ready to rebuild, but they can only work if you give them blocks,” he adds.

Train muscles without adequate amino acids and you leave them with no option but to break down.

“They’re so determined to build those muscular walls, they’ll break down existing muscle to access the amino acids required.” So, focusing on increasing your protein intake as you up – meat, eggs, seafood, dairy, beans and pulses – but unless you’re down with dropping half your salary in the local butcher’s, the ease and speed of protein powder is its greatest selling point.

“Protein powder isn’t some weird artificial substance – it’s just an isolated part of the food,” says sports nutritionist Drew Price. “And when it comes to muscle growth and repair, 30g of protein from a shake is as good as the equivalent amount from a chicken breast.”

But the big question for many of us? How much do you actually need? If you’re really into strength training, Close recommends you consume 1.5g protein per kilogram of body weight every day. So, if you weigh in at 60kg, you’d be putting away 90g of protein a day. Cardio fan? “Runners would need less; say, 1.2g protein per kilogram of body mass,” says Close, because cardio doesn’t damage the muscle fibres as much.

Some experts argue protein supps are pointless, insisting women only need 10 per cent of their kilojoule intake from protein (roughly 0.8g per kilogram of body weight), but Close disagrees.

When you have your protein is important, too. If you sink it straight after a healthy, protein-rich meal, Close says you’re wasting your time. “Your body will take the protein it needs from both – roughly 30g – and excrete the rest as urea. It’s best to supply your muscles with a steady stream of amino acids.” His advice? Calculate the daily protein you need, divide that amount by four and consume a portion every three or four hours. Easy done.

But what of all the shoulder-press pros downing their shakes post-session, eager to make the most of that 30-minute window when your body utilises protein most efficiently? Well, the theory behind that is still up for discussion.

“It’s nonsense,” argues Price. “We know the anabolic response to training – the body’s ability to increase muscle synthesis – lasts for 24 hours.” Close agrees the concept is a myth. “Humans would never have evolved to create a mechanism that meant by the time a hunter-gatherer got home with their prey, the nutrients were no longer useful or adequately metabolised by the body.” Got it!

With so many options bursting of the supermarket shelf, which powder to choose can be tricky. If you’re lifting weights, whey remains the experts’ first choice: 2016 research in the journal Nutrients found whey to be the easiest protein supp source for your body to utilise. “It contains 13 per cent leucine, an amino acid that triggers the process of muscle protein synthesis,” says Price. “It basically flicks the ‘on’ switch to build new muscle tissue.”

Whey protein is available in three forms, all with varying degrees of efficacy. Whey concentrate offers the lowest protein content and is the cheapest option; whey isolate has 99 per cent of the lactose removed, so it tends to be a better choice for those with intolerances; and then there’s hydroxylate, made up of 95 per cent pre-digested protein – it’s the most easily absorbed, but has the price tag to go with it.

With those credentials, why aren’t we all downing whey? Well, for vegans and those following a plant-based diet, whey won’t do. Plus, some people who aren’t dairy or lactose intolerant might still suffer painful bloating. “It’s likely that, even for people who can normally tolerate milk, the quantity of whey protein in every scoop is too much to easily digest,” says Price. “You’d never eat the amount of Greek yoghurt necessary to consume 30g of dairy protein in one sitting.”

Of the plant-based alternatives – such as hemp, rice or pea – is there a top pick? Experts say you’re best off trying a few and making your choice based on protein content and taste. “Vegan proteins don’t have a complete essential amino acid profile,” says Price. “Hemp, for example, contains half the amount of leucine as whey. And even pea protein, which is higher in leucine than other plant options, lacks amino acids like glutamine, which maintains the body’s acid balance, and arginine, needed for tissue repair.” So if you’re lifting heavy, you might need to up your protein-rich whole foods. Happily, brands are looking to blend plant proteins to create powders with a more rounded amino acid profile, which will aid muscle building as effectively as whey. Clever!

Don’t worry about chopping and changing while you search for the best option. “Alternating between two or three types lessens the risk of overloading your system and developing a sensitivity,” says Price.

Lastly, once you’ve chosen your protein source, check the label for any nutritional deal-breakers. The most obvious is the actual protein content. “The powder should be at least 70 per cent protein,” says Price. Lengthy ingredients lists are also a no-go. “Go unflavoured and you’ll find products with just the protein source and an emulsifier,” says Price. Experts are divided on whether artificial sweeteners should be vetoed, but to play it safe, choose a blend naturally sweetened with stevia or katemfe fruit extract.

“They’re generally the same thing, plus some unproven ‘superfood’ extras,” says Close. It’s also best to hold back on powders sold as meal replacements. “When you consume protein powder, you’re not getting any of the fat-soluble vitamins or healthy fats you’d find in, say, eggs or salmon,” explains Price. Close agrees. “First, try to hit that quota from food, and if there are any gaps – or times when it’s just not realistic to do so – then add a protein shake or bar.” Got it? Shake on.

This article originally appeared in the June issue of Women’s Health.

Previous: Exactly How Emma Stone Got Fit For Her Role In La La Land
Next: The Postnatal Program That Kate Middleton Is A Major Fan Of
Related posts
Pet Care News