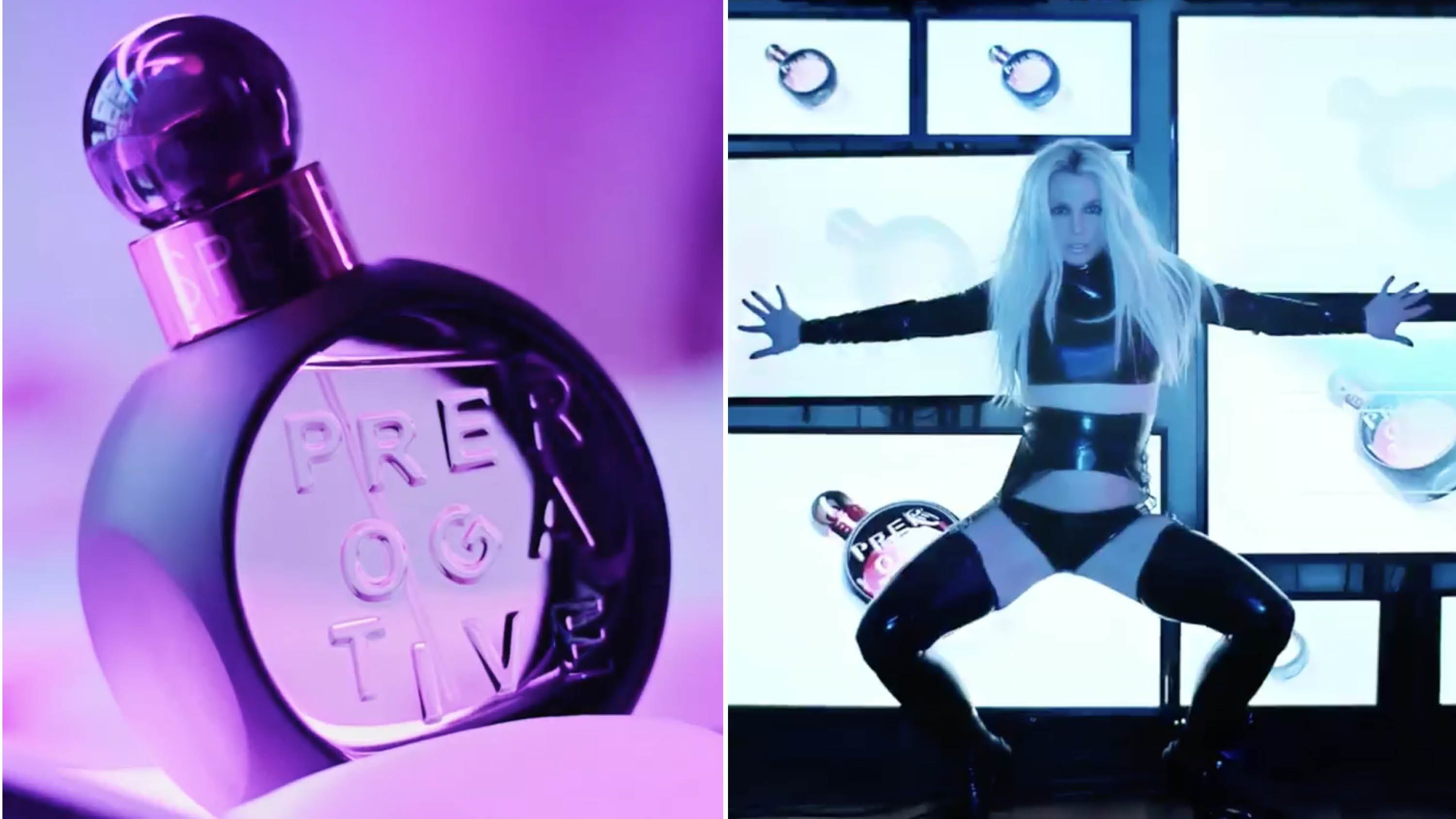 If smelling like Britney Spears has been a fantasy (pun intended) of yours since you first laid eyes on her pom-pom-decorated pigtails or heard her sing about how "loneliness ain't killing her no more," you're in luck: The singer just announced the launch of her new fragrance, and it will hit you with some hardcore early-aughts nostalgia.

The singer took to Instagram on Monday to share a teaser of her latest fragrance, and it has all the makings of a Britney Spears classic. In the clip, Spears wears a two (three?)-piece black latex getup, which she pairs with a garter and some stiletto over-the-knee boots, as one does. She's seen showing off some of her signature Spears-y dance moves in front of a set of grainy TV screens that eventually reveal the My Prerogative bottle.

In a second clip, which she shared on Sunday night, she's seen spritzing a man's bare abs with some of the fragrance. (If you're not already following Britney Spears on Instagram, let this be a reminder that you should be.) In one of the post's captions, Spears called her latest product "a fragrance for all," which had fans on Twitter calling the scent her first "gender neutral" product. However, it's worth noting that all fragrance is genderless.

The name "My Prerogative" presumably comes from the 2004 Britney original song of the same name, which is all about how the pop queen does whatever she wants and DGAF about what the world has to say about it. "Everybody's talking all this stuff about me / Why don't they just let me live? (Tell me why) / I don't need permission, make my own decisions / That's my prerogative," B-Spears sang. Clearly, 2018 Britney is living by the same mantra, and spritzing a model's abs while dancing in leather underwear is her prerogative. FYI, we are on board.

This will be the 24th Spears-endorsed scent, which is preceded by department-store fixtures like Circus Fantasy, Private Show, and Curious. We have no idea what the scent smells like, but if we had to guess we'd go with, "early '00s teen spirit" and not giving AF.

Previous: This Woman Stumbled into a 'Hobo Parsnip' Plant. Days Later, Her Legs Were Severely Burned.
Next: Paris Jackson Just Covered Up All of Her Tattoos
Related posts
Pet Care News