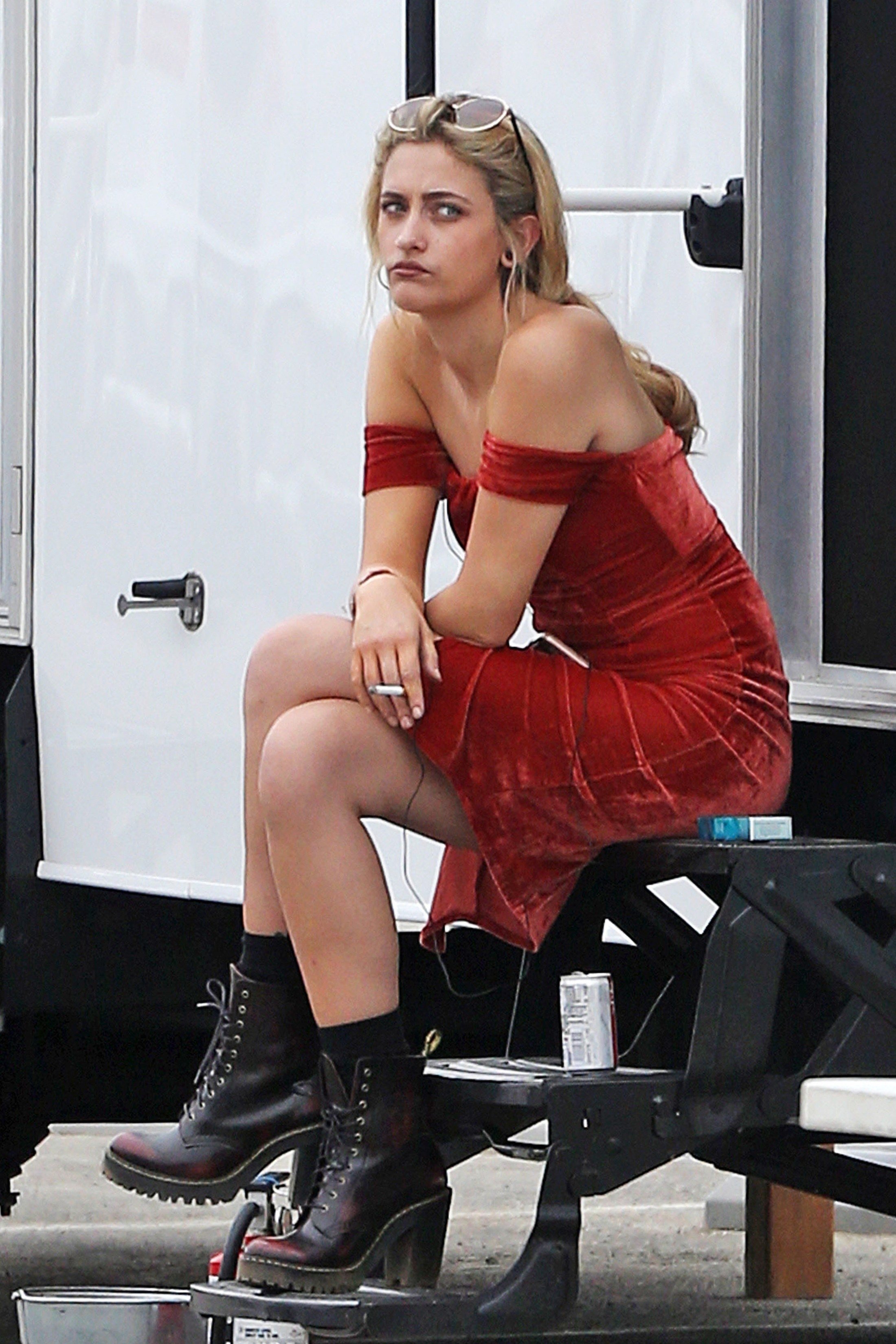 Paris Jackson is almost as famous for her tattoos as she is for her roster of show-stopping beauty looks. But in a new photoshoot, she completely covered up her ink.

As anyone with body art knows, finding a foundation strong enough to cover it up (if necessary) can be more painful than the actual tattooing itself — especially if, like Jackson, you have more than 50 tattoos, in highly visible areas. But somehow, she's managed to pull off the impossible in new paparazzi photos that show Jackson outside of her trailer during a photoshoot wearing a revealing red dress — without any visible tattoos, as Metro UK reports.

In the images, Jackson's gallery of tattoos on her arms and chest — the seven chakras, large sunflower, tribute tattoos to her late father — all appear to be gone. Or at least totally covered up with one heck of a foundation.

This isn't the first time Jackson — who is often vocal about how much she loves her tattoos and certainly not shy about showing them off — has appeared without ink. Earlier this year, a tattoo-less Jackson sparked some controversy when campaign images she shot with Calvin Klein appeared to have been photoshopped to remove her ink for sponsored content photos (while in other images, her tats were left untouched).

Almost immediately, fans got angry in Jackson’s defense. "Someone tell me why Calvin Klein photoshopped every single one of her tattoos out," one Twitter user wrote. "It's Paris Jackson people, she's tatted as fuck. This is just weird to me."

Someone tell me why Calvin klein photoshopped every single one of her tattoos out. It’s Paris Jackson people, she’s tatted as fuck. This is just weird to me. Would be different if no one knew who she was. pic.twitter.com/2K3bWbJjko

Perhaps these new photos indicate Jackson is okay with switching up her look to go ink-free in certain cases. Whatever Jackson decides to do with her own body, we just have one question: Which foundation did she use?

Previous: Britney Spears's New Fragrance Announcement Is Basically Its Own Music Video
Next: Everything You Need to Know About Vaginal Seeding
Related posts
Pet Care News