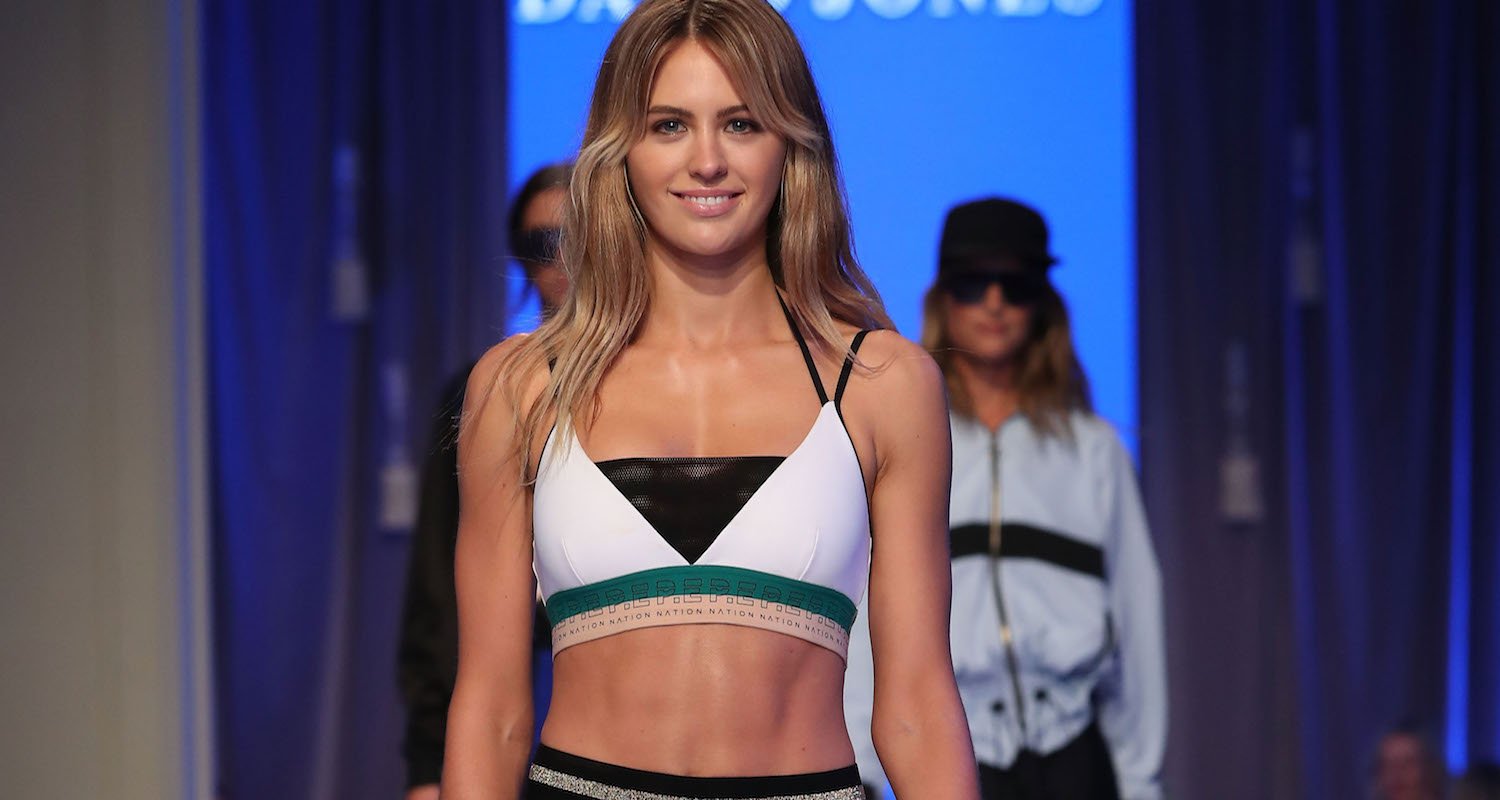 Anyone who follows Jestina Franklin on Insta will be well aware of her enviable rig, which she recently showed off on the David Jones Spring/ Summer 17 catwalk.

The 25-year-old spent six days leading up to the show in Melbourne, training with a world champion boxer.

“Some days we would train twice a day, and it was nice to have that time in my schedule to do that,” she told news.com.au.

“I am really passionate about boxing, and I love it. Some days we would train twice a day in boxing specific exercises,” Franklin said.

“Two days we did a run followed by some hill sprints. [We did] heaps of boxing, I think we did 8-10 rounds in the ring. Three minutes of 8-10 rounds.”

“An actual boxing match is 12 rounds, so it gave me a taste of what it could be like if I ever got in the ring — which I wouldn’t.”

But boxing isn’t just part of her pre-show routine, Jesinta has long been a devoted fan of the workout.

Hope you enjoyed our live session today. It wasn't planned just some fun. Let me know if you'd like to see more / have any questions we can answer next time [email protected]_vanilla pic: @zox_anch

The model kept her diet “super clean” before the show, which included an egg white omelet with loads of veggies for breakfast and chicken or fish with more veggies for lunch and dinner.

“I like to eliminate treats ahead of this,” she told news.com.au. “I like the challenge and the reward at the end.”

And her reward of choice? A glass of champers. Have a couple, Jestina, you deserve it.

Lots of people only talk about the physical benefits of exercise and how it makes you "look." Mauy Thai, boxing and exercise in general has been amazing for my mental health and makes me feel strong and empowered, nothing beats the challenge of getting through a tough session ⚡️⚡️⚡️ @brenny_vanilla !! Footage @bondifitness

Tags: abs, Exactly, Franklin, Got, How, Jesinta, Killer, Reveals, She, Those