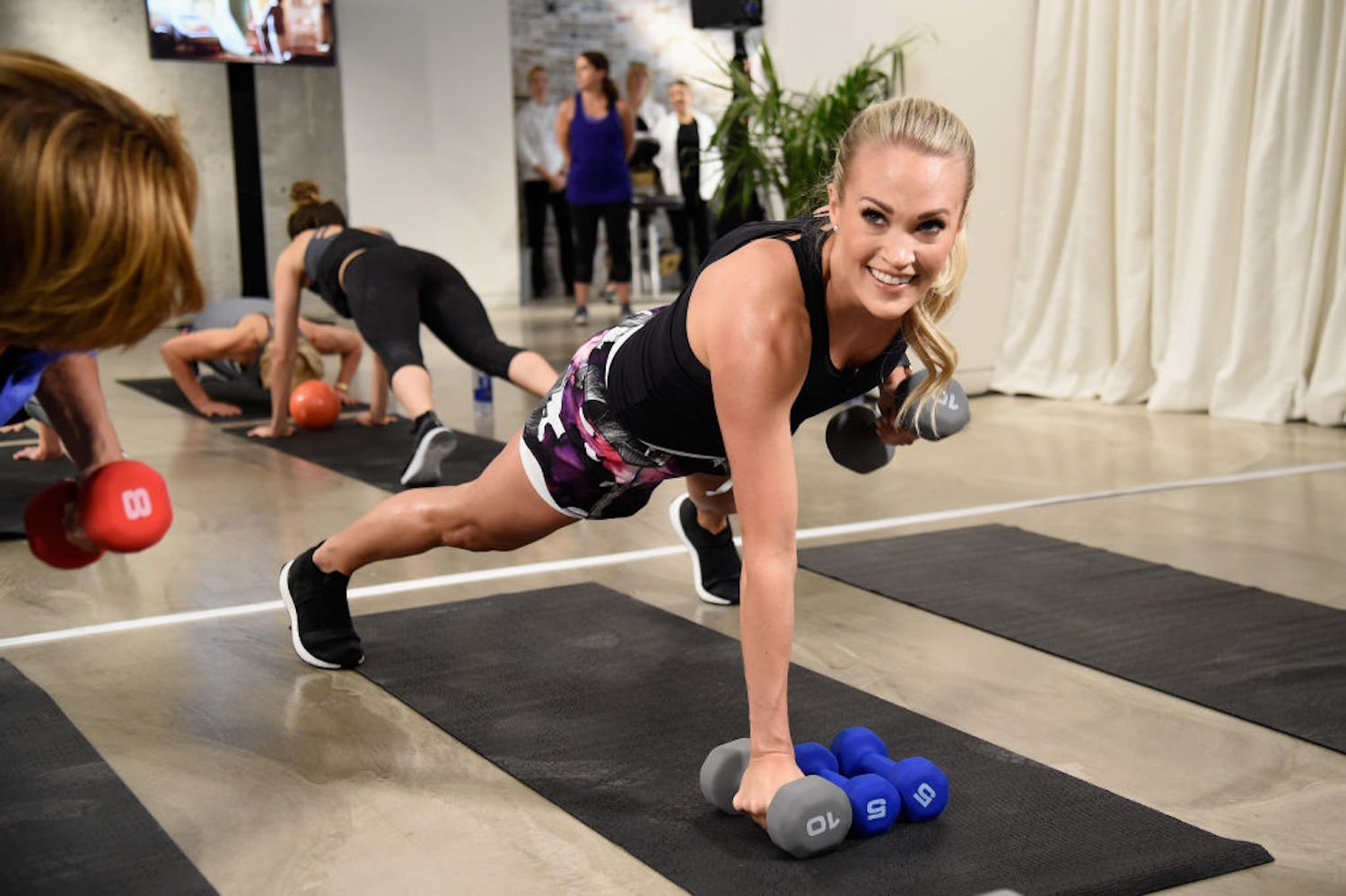 Think back to some of your best excuses for not going to the gym. Too cold? It’ll be better in the spring! Happy hour? Sure, just this once. A broken wrist and 40 stitches in your face? Um, yeah, I’ll be posted up on the couch for a month if you need me.

The world is well aware by now that the superstar suffered a scary fall at her home last November, resulting in, you guessed it, a broken wrist and 40 to 50 stitches in her face. If the fitness aficionado wanted to take a break from the gym for a while, she’d be totally justified. But that’s not the way she operates.

“I was trying to stay with it,” she told Women’s Health US at an event celebrating her CALIA by Carrie Underwood activewear line. “I just feel better when I do something. So if I had an injury that I was working through, I didn’t want the rest of me to feel icky too, you know?”

That’s not to say working through her injuries didn’t come with a new set of complications. “I had challenges and stuff like that with my wrist for awhile,” she says. “It was in a sling and then in a brace for a bit, and [I was] just kind of working my way back. We’re all faced with challenges from time to time, and we’ve got to figure out other things to do.”

So what are those “other things” for the active singer? Lower body work—and lots of it. “I can still squat, can’t I?” she reasons. “I can still run, I can still jog.”

Running, in particular, has become a favourite for Carrie, especially if she only has a short amount of time to work out. She has a treadmill at home and also happens to live in an area with a hilly, three-mile loop that is her go-to route. “I feel like by the time I warm up, and do weight stuff or whatever, it’s time to go,” she says, “so I take off [running] and just keep going.”

But, just like any busy mom, finding time to work out can be tough for Carrie when she’s at home with her husband, hockey player Mike Fisher, and their 3-year-old son Isaiah.“When I go on tour, I get to spend a lot more time working out because I have nothing else to do. When I’m at home, I’m like, ‘Okay, I gotta do this, and then I have to go to the grocery store, and then I have to clean the house,’” she says. “When we’re on the road, I don’t have any of that stuff, so I can devote more time to working out.” But regardless, she always manages to squeeze in some fitness.

Carrie says she’ll be getting back to tour life soon enough in support of her new album, Cry Pretty, which comes out in September. She’s also been hard at work on CALIA’s Mother’s Day campaign, which encourages moms and their daughters to be active together. Yes, she was keeping a low profile for the last few months—but she never stopped working.

So the next time you’re thinking about skipping a workout, try our new mantra: What would Carrie do? (And then go for that run.)

Previous: These Sheets Could Help You Stop Sweating While You Sleep
Next: The One Habit Holding You Back From Your Fitness Goals
Related posts
Pet Care News