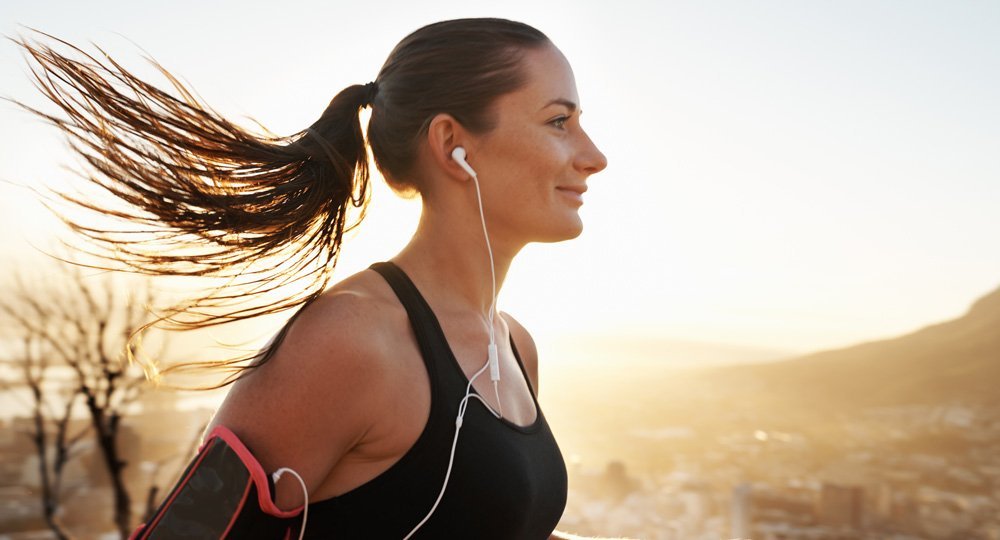 OK, so a lot of us don’t like running any more than we do chafed nipples. But it turns out almost every woman you see merrily bopping along on a treadmill or on the road, at one time or another, absolutely hated running.

So what changed? We asked 9 former running-haters how they turned into pound-the-pavement fans—and how you can, too.

"I had to be patient with myself."

“When I was on the swim team, one week of every month was ‘hell week,’ which always involved running two miles. As a non-runner, two miles felt like a marathon! I hated it because I wasn’t good at it. To love running, I had to be patient with myself. Running isn’t easy, and it’s important to remember that we all have to go at our own pace. The beauty of running is that it’s your best against your potential best. Don’t compare yourself to others.” —MellieCay Runs blogger, Melissa Genove, 29, has run two marathons and 11 half marathons

"I hate running, but love a challenge."

“I learned to think about it this way: I hate running, but I love to challenge myself. My mantra is centered around expanding my comfort zone. I run because I want to get rid of the ‘I can’t’ mentality. If I chose to only do things I was comfortable with, my life would be a shadow of what it is.” —Fitness Instagramer Chinae Alexander, 30, lost 31kg and is training for her first 5K

“At first, I hated that running felt so hard. But my husband and I decided to pick up a run/walk plan and hit the road. The program was 30 minutes of running and walking, three days a week for 10 weeks. Our goal was to build up to 30 minutes of running. It worked! I fell in love. It’s peaceful, it’s me time, and it makes me feel good. Everyone always hates the first mile, but just give it 10 minutes.” —Personal trainer Kourtney Thomas, C.S.C.S, 31, just ran her first 321-km relay race

“The advice I was given early on in my running career was simply, ‘You don’t have to run fast.’ I was a competitive athlete with a perfectionist mindset, so when someone told me there’s no pressure, that changed everything for me.” —Victoria Rainaud, 24, runner of six years

“One of the older girls in my sorority was always running. She made it look so easy, so I asked her how she did it. She told me, it ‘took time’ and she ‘started slow.’ I used that to remind myself that I can’t expect to kill it on day one. During every workout, I tried to improve on my time by few minutes. Will it be fun right away? Maybe not, but you’ll get there.” —Barry’s Bootcamp Irvine trainer Nancy Anderson, 30, has run 15 5Ks, five 10Ks, five half marathons, and one marathon

"I'm not about trying to have a breathless conversation."

“Honestly, I hate running with other people. I’m not about trying to have a breathless conversation and go at someone else’s pace. But other people might need the distraction of a friend. I’d say that if you didn’t like running with a friend, try it alone. If you didn’t like running alone, try a friend. And go at a pace that feels good. I finish all hopped up on endorphins and sunshine.” —Marissa Conrad, 31, has run 10 marathons, a few halves, and “countless other races”

"Try to find things that you enjoy about it."

“One day I was running and complaining about it in my head. And then I thought, no one is yelling ‘mummy,’ I’m listening to music I love, and running along a beautiful path. What is really so bad about this situation? My advice: Find a kick-ass playlist, a group of people who motivate you, and try to find things that you enjoy about it.” —Diane Hanlon, 43, runner of 10 years

"I signed up to walk a half-marathon."

“I faked having asthma in grade school just to get out of running in gym class. When I wanted to get back in shape after having a baby, I signed up to walk a half-marathon with my mum. That changed everything. I wanted to run with everyone else but knew I wouldn’t last more than five minutes! When I finished the half-marathon, I decided that I was going to run it the next year. I ended up running about 11 km of the 21km and have never felt prouder. The next year I ran the whole thing. —Katie Nied, 32, has run several 5- and 10Ks and four half marathons

"I started to love that smug feeling after a run."

“I went straight from using the Couch to 5K app to signing up for a half-marathon with a running group that raises money for charity. I started to love the smug feeling you get after a run. Suddenly, I was in this group of dedicated people of all shapes, sizes, and speeds. I realised what a social boost it was. You can run a race with world-class athletes; how many other sports let you compete with the best on the same playing field?” —Elly Trickett, 44, came in third place in the Ragnar Relay Florida Keys