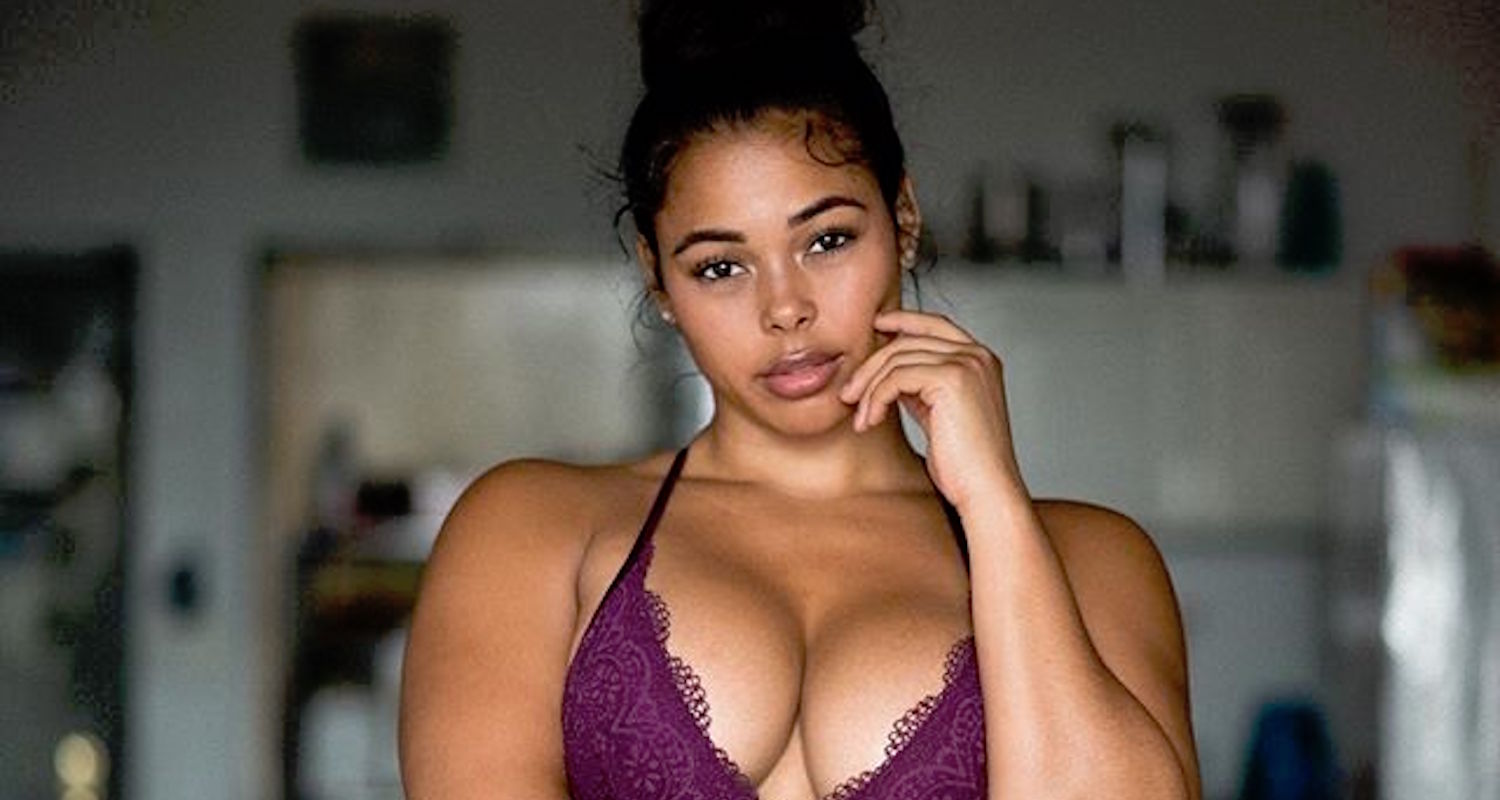 Tabria Majors is tired of Victoria’s Secret only using traditional models in their campaigns and she’s doing something about it.

The plus-size model recreated looks from some of the lingerie company’s campaigns in order to make a strong statement.

“Maybe I’ll be a Victoria’s Secret Angel this year for Halloween, since it ain’t happening in real life lol,” Tabria wrote on Instagram on Halloween. “Just paying homage to a few of my favourite pics/outfits from VS here and showing that curvy girls can rock (and sell) lingerie just as well as straight size models.”

In a series of scroll-through shots, the 27-year-old recreated three lingerie looks — one in a one-piece and two in matching bra and underwear sets.

“I really want to open the discussion of inclusivity in mainstream media,” she told HuffPost Canada, adding that she had been thinking of doing this for a while. “I just want to know why they, and so many other companies, don’t cater to the average-sized woman.”

Tabria explained that she often hears excuses why lingerie companies, like Victoria’s Secret, don’t have plus size models alongside thin ones.

“The main argument I’ve heard is that it’s expensive, time-consuming, and companies don’t have the proper resources to expand their sizes,” the 99kg model explained. “I personally don’t believe that, primarily because the plus-size industry brings in billions of dollars each year, and the potential profit companies would make should counter any of their hesitations.”

The hundreds of comments on her post just reinforced her idea that companies should diversify their models.

“You are beautiful! Thank you for spreading the positive vibes!” one commenter wrote.

Another added, “You are an empowering, world changing, no BS, tell it like it is, as amazing in real life as in pictures, real deal super model. VS would be crazy not to have you on their runway.”

Previous: Your body on sneezing
Next: Why Do Babies Barely Blink?
Related posts
Pet Care News