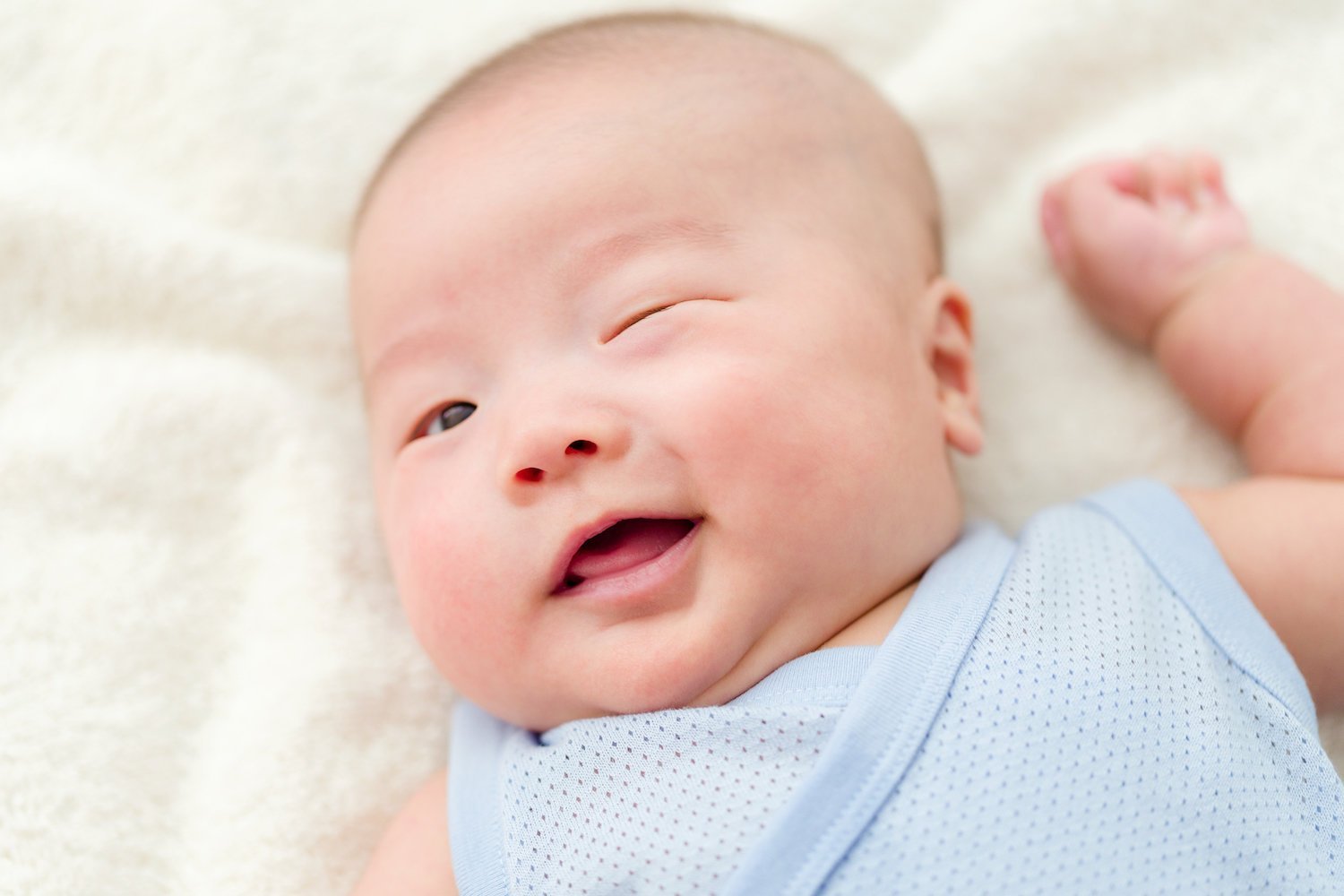 Stare into a baby's eyes, and you might notice something odd: Babies rarely blink.

As numerousstudieshave documented, adults, blink about 15 times a minute, on average. But newbornsand infants blink far less often — only a handful of times every minute, with some babies blinking as infrequently as once a minute.

"The average is two or three blinks a minute — so, decidedly low," said Leigh Bacher, a professor of psychology at the State University of New York at Oswego.

This may seem like just an odd little behavior, but researchers believe babies' blinks may hold insights about the mysterious brains of these tiny humans. [What Do Babies Dream About?]

That's because blinking is regulated by the brain's dopamine, one of the neurotransmitters that allows brain cells to communicate. So, studying blinking in babies could help us better understand how this important neurotransmitter operates in little ones.

Studies have shown the link between dopamine and blinking, as conditions or drugs that affect dopamine also change blinking rates. People with schizophrenia, which may be caused, in part, by too much dopamine, blink more frequently. Conversely, in Parkinson's disease, which is caused by the death of dopamine-producing neurons, blinking is markedly decreased. Taking medication to raise dopamine levels brings blinking rate back up.

But dopamine also underlies a diverse set of other functions, from the control of movements and hormonal levels to learning and motivation. So, babies' blinking rates may reveal something about the development of the dopamine systemand perhaps even reflect individual differences in some aspects of babies' nervous systems, Bacher said.

"Spontaneous blinks could be potentially useful clinically — as one additional source of information about neurobehavioral development," Bacher said. She cautioned, however, that a lot more research is needed to understand blinking in babies.

Why do we blink?

Spontaneous blinking is different from reflexive blinking, which serves to protect the eye from being poked by an external object, and from voluntary blinking, which we do on purpose.

Even in adults, the main purpose of spontaneous blinking is somewhat of a mystery. It's generally thought to spread tearsover the surface of the eye to keep it lubricated while removing dust and other irritants.

But that's only one part of the story, researchers say. We blink more often than is necessary to keep the eyes wet, so blinking must have other functions as well.

Inquiry into the nature of spontaneous blinking goes a long way back. In 1928, two scientists in Scotland, Erik Ponder and W.P. Kennedy, conducted a comprehensive study of factors affecting the rate of spontaneous blinking in adults. In the absence of a video camera to reliably record eyeblinks, the scientists built a small apparatus out of silk thread, wood and a spring connected to an electrical circuit. They attached the device to the eyelids of participants. Whenever the participants blinked, their closing eyelids pulled on the spring and caused a break in the circuit, registering a signal.

As long as the conditions were kept the same, each person's blinking rate was like clockwork, the researchers found. The rate of blinking was the same in dark and well-lit rooms. Blind people blinked as often as sighted people did. And anesthetizing the surface of the eye didn't change blinking rate. [Why Do Babies' Eyes Start Out Blue, Then Change Color?]

The rate was also independent from humidity and drying of the eyes. When the researchers took their subjects to the humid houses of their university's botanical department, they found that blinking rates were no different from those of people the scientists had observed in the dry sauna rooms of various Turkish baths.

All of this led Ponder and Kennedy to suggest that spontaneous blinking is not governed primarily by the condition of the eyes, but instead by a "blinking center" in the brain. The researchers proposed that one function of blinking is to relieve tension, in a manner similar to fidgeting and the nervous movement of fingers.

Modern studies have come up with more ideas about why we blink. According to one hypothesis, the brain takes a moment of rest when we blink. In a 2012 study published in the journal Proceedings of the National Academy of Sciences, researchers monitored the brain activity of a group of people watching the TV show "Mr. Bean." The brain scans revealed that when people blink, brain activity spikes in the "default mode network," which constitutes a group of brain regions most active when we are awake but resting and the mind is disengaged from the outside world.

Another study, published last year in the journal Current Biology, suggested that blinking focuses our gaze. "Our eye muscles are quite sluggish and imprecise … our findings suggest that the brain gauges the difference in what we see before and after a blink and commands the eye muscles to make the needed corrections," study researcher Gerrit Maus, an assistant professor of psychology at Nanyang Technological University in Singapore, said in a statement.

What does this all mean for babies?

Because one function of blinking is to keep the eyes lubricated, researchers have proposed that babies blink less than we do because their small eyes don't need as much lubrication.

Another idea is that infants, with their brand-new vision, have to work hard to get all the visual information they need. "When you do visually or attentionally demanding things, you tend to blink less," Bacher said. A similar phenomenon is seen in adults with computer vision syndrome, a condition in which the high visual demands of computer viewing cause reduced blinking and lead to dry eyes.

And then there's the dopamine system. Some researchers have suggested that the reduced blinking rate in newborns is due to an underdeveloped dopamine system. [Why Are 'Mama' and 'Dada' a Baby's First Words?]

"I don't think any of these are mutually exclusive," Bacher said.

Bacher and her colleagues conduct studies to find what they can learn about babies by measuring their eyeblinks. Compared to brain imaging and other techniques, eyeblink is a weak measure, but it's a noninvasive one, she said. Could it serve as a measure of dopamine activity? If so, it might help predict individual differences in personality, cognitive abilities, and the risk for dopamine-related conditions like attention deficit hyperactivity disorder (ADHD) or even Parkinson's disease later in life. These are all still speculative, Bacher said, but worth investigating.

"Seeking markers early in developmentfor later emerging disease is going to be more and more valuable," Bacher said. "It will take a lot of good detective work to figure out what to look for, though."