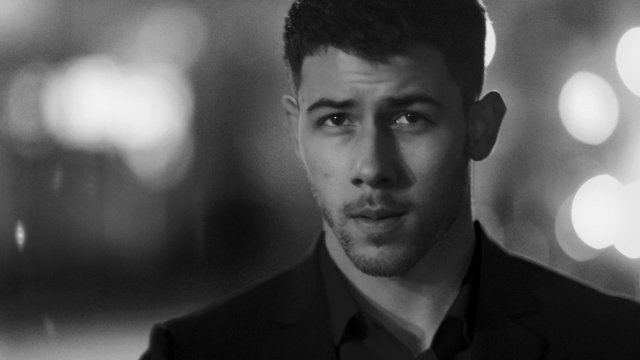 Nick Jonas and John Varvatos are extending their collaboration into men's fragrance.
The extension comes on the heels of a successful fashion capsule called JV x NJ launched last spring. Coinciding with the fashion launch, Jonas became the face of the designer’s brand. He previously was featured in the campaign for Varvatos’ Artisan Pure and appears in the marketing for the JV x NJ fragrance.
Jonas told WWD earlier this year that he met Varvatos a few years ago at a dinner and immediately bonded over their shared passion for travel, cars and fashion, and eventually decided to team up to launch products. “Working with John has been such an incredible experience,” Jonas, who frequently wears Varvatos' pieces, said in a statement. “His knowledge and passion for fragrance was eye-opening. We wanted to create something that not only spoke to us, but also represents guys today who can do it all.”
The JV x NJ fragrance just hit John Varvatos stores and Nordstrom. Next it will be expanded into Macy’s, Dillard’s, Bloomingdale's and other major retailers. JV x NJ is also slated for global distribution. The 2.5-ounce eau de toilette is priced at $74; the 4.2-ounce size is $94. Industry sources predict Jonas’ star wattage could propel the fragrance past sales of $20 million in the first year.
This is the 12th fragrance under the Varvatos and Revlon/Elizabeth Arden umbrella. (Elizabeth Arden acquired the John Varvatos fragrance license, previously held by Shiseido Americas Corp., in 2010.) “We started to work with John in 2010. We’ve had an effective collaboration with him. John has a meticulous attention to detail and it manifests itself in all the brands we’ve created, and it is evident in the acceptance by consumers, the retail community and the beauty industry,” said Ron Rolleston, executive vice president of global fragrance marketing at Revlon.
The fragrance moved to the front burner following consumer acceptance of the JV x NJ fashion collection. “The fashion capsule was a home run in our stores, online and with our retail partners. It gets down to the product in the end. You can have all the names attached to it, but if the product isn’t right. You have to offer great design, great product and great value,” Varvatos told WWD. While working on the concept of a new fragrance, Varvatos invited Jonas into the creative process. “He had a strong opinion on everything from the scents and juice all the way down to the packaging.”
Varvatos, who calls Jonas a good friend, noted that he is the only artist — or person for that matter — that he’s ever done a true collaboration with. (Varvatos has used a variety of musical artists in campaigns including Ringo Starr and Willie Nelson, but has never shared his label with anyone.) “With him, it is very natural and easy. We bounce off of each other really well,” Varvatos said.
Jonas did a deep dive into the fragrance creation — having a hand in everything from the juice to the packaging. “We did something completely different with the packaging,” Rolleston said. “One of the interests that John and Nick share is cars. What came out of their conversations was the beauty that you see in car finishes in well-made cars. That led us to the bottle. The flask bottle is painted with a custom pearlized midnight-blue lacquer to harken back to classic cars."
There is also a dog tag and hex-nut cap that Varvatos said honors the rock 'n' roll roots associated with his brand. “When I think about fragrance, and Nick felt the same way, it is something that creates memories and is nostalgic, but at the same time felt like something you haven’t experienced in the marketplace at the same time," the designer said.
Examples he cited are top notes of mandarin and base notes of sandalwood that he feels evoke the feeling of going to the beach. The scent also features kaffir lime leaves, pink pepper, sage, rosemary and lavender, among others. Rolleston said the two creators clicked when narrowing down the fragrance juice.
Making the fragrance different from the plethora of choices was mission critical to Varvatos. “You go to the Fragrance Awards and there are some 900 new fragrances in men’s alone. You need to offer something that feels new,” he said. Most recently, Varvatos/Elizabeth Arden scooped up this year’s prize for men’s packaging with Artisan Pure; in 2017, they were awarded men’s fragrance of the year (prestige) and packaging of the year for Artisan Blu and Dark Rebel Rider, respectively.
Awards are great, but for Varvatos, the true test of success is repeat sales. “If someone just buys once, it is a blip and business goes way up and then levels off. We want this to have a long life.”
The social campaign behind JV x NJ was shot by filmmaker and director Danny Clinch. Rolleston said the digital campaign kicks off this month and will run through the holiday season. “The campaign reaches Nick’s fan base, which includes more than 15 million on Instagram and 13 million on Twitter, as well as communicates with the John Varvatos fans through his channels,” Rolleston said. Folding in Jonas’ followers is expected to help expose Varvatos’ fragrances to a younger audience, Rolleston said.
Varvatos said there are plans to extend the collaboration with Jonas. “We are brainstorming, but without a business plan….We want things to just bubble up at the right time. We’re looking at new and even surprising things.”
Source: Read Full Article

Previous: What Women Need to Know about Sports Injuries
Next: These Celebrities Are Over 40 and Fit as Hell
Related posts
Pet Care News