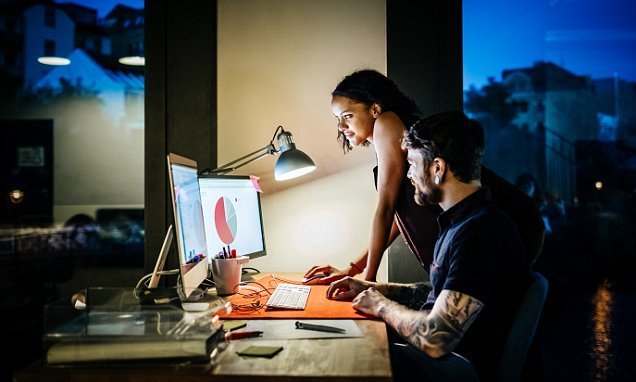 Why night shifts drive up the risk of cancer, stroke and heart disease: Study uncovers direct link between shift work and cell changes

A new study has revealed exactly why working a night shift drives up your risk of obesity, stroke and heart disease.

Researchers say working a job when most are sleeping disrupts the chemical processes in our body’s metabolism, which follow 24-hour rhythms, and shift our internal clocks.

Previous studies suggested that the master clock in the brain, which uses light cues to tell to our body whether it’s day or night, was disrupted by working an irregular shift.

However, this study, conducted by Washington State University and the University of Surrey, is the first to show that several clocks in the body rather than just one are thrown out of sync, which causes the disruption.

It is also the first to propose what the mechanism is that drives up the risk between night shift work and chronic kidney disease. 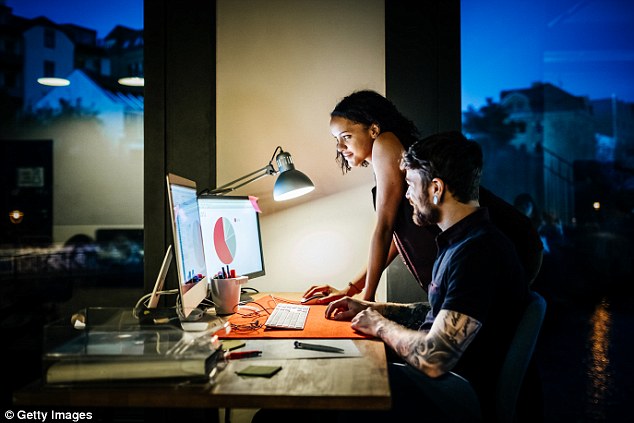 Working a night shift could drive up your risk of obesity, stroke and heart disease by shifting the internal clocks of the chemical processes in our body’s metabolism, a new study reveals

First author Dr Debra Skene, a professor of neuroendocrinology at the University of Surrey, told Daily Mail Online that the clocks responsible for this disruption are peripheral clocks, found in various body tissues including the liver, pancreas and digestive tract .

‘These separate peripheral clocks are responding to the behavior of your shift pattern and aligning with that behavior,’ she said.

‘The clocks are being driven by changes in your eating and sleeping patterns and causing a mismatch between the clocks in your body and the master clock.’

The team took blood samples from both at the end of the three days and analyzed the samples for metabolites, which are the immediate result of metabolic reactions involved in breaking down and digesting food and others processes in the metabolism.

These metabolites are influenced by our daily (circadian) rhythm, which follows a 24-hour cycle.

The researchers found that in those who worked the night shift, the 24-hour rhythms of metabolites found in the digestive system had shifted by 12 hours.

However, the master clock in the brains of the night shift workers had only shifted by approximately two hours.

‘Even just three days of night shift has the ability to shift peripheral clocks and give you the disruption, with some biological signs saying it’s day and others saying it’s night,’ said Dr Skene.

Past studies have shown that shift workers have an increased risk for type 2 diabetes, chronic kidney disease and skin cancer.

‘We believe ours is the first study to suggest a mechanism for the connection between shift work and chronic kidney disease,’ said co-author Dr Shobhan Gaddameedhi, an assistant professor in the WSU College of Pharmacy and Pharmaceutical Sciences.

Dr Skene says the team is insure if the metabolites rhythms have changed because the patterns have changed for your shift-wake cycle, your foot intake, or the amount of time you perform activity.

‘We don’t know which factor is driving it or if it’s maybe a mix of all three,’ she said.

‘We want to know if we change the feed-fasting cycle or the sleep-wake cycle, do we get the same result?

‘Night shifts are always going to be around but if we can figure out the behavioral cycles, we can change behaviors to minimize the metabolic disruption.’

Dr Skene said some suggestions depending on the findings could be not eating in evening or sleep more in evening than in daytime.