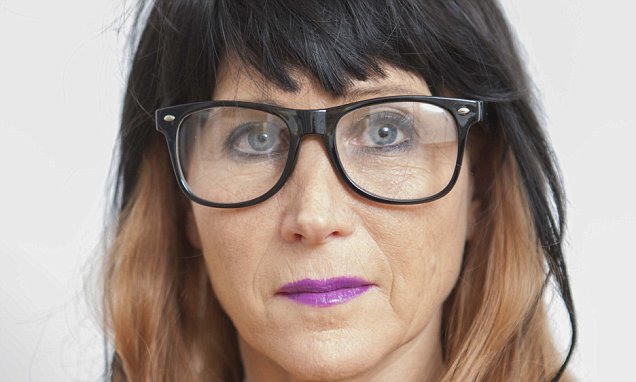 Woman, 53, who wet herself when she laughed or coughed is cured of her crippling urinary incontinence after undergoing a painless vagina-tightening procedure

For years laughing, coughing or exercising could spell disaster for Lisa Stevens.

In fact anything more vigorous than a gentle sneeze could be an issue for her. That’s because Lisa, along with around three million women in this country, has stress incontinence.

Lisa’s problem began several years after giving birth to her three children, now in their twenties.

‘In the past four years as I’ve got to menopausal age it’s worsened,’ adds Lisa, 53 from London, who works in marketing.

‘I always worried about it happening.’ 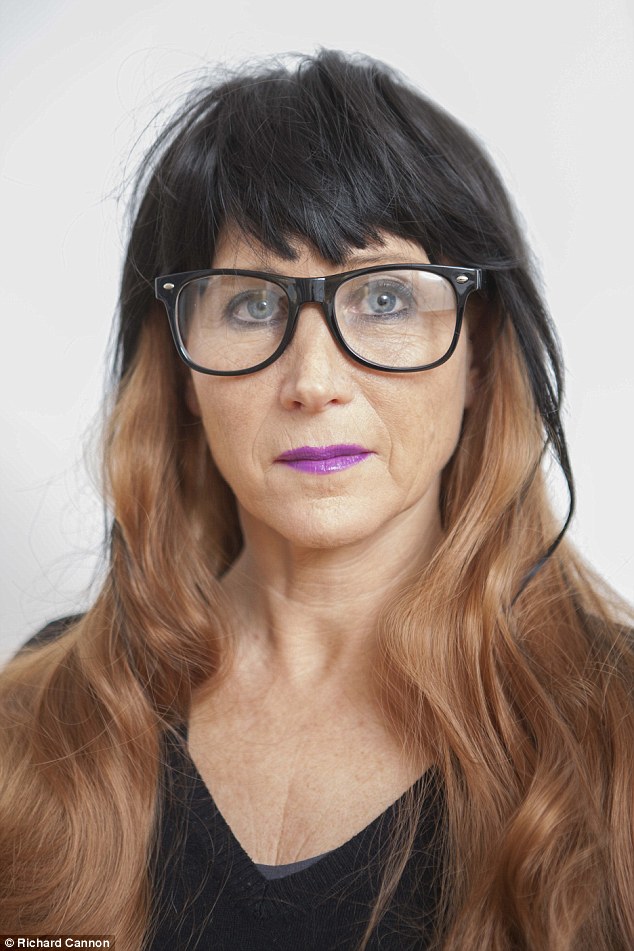 WHAT IS URINARY INCONTINENCE?

Urinary incontinence is the loss of bladder control.

It affects up to six million people in the UK and 17 million in the US to some extent.

Some sufferers occasionally leak urine when they sneeze or cough, whereas others get urges that are so sudden they do not get to the toilet in time.

It is more common with age and can occur due to conditions such as arthritis if patients cannot undo their trouser buttons quickly enough.

Other causes may include a urinary tract infection, pregnancy, childbirth, menopause, a hysterectomy and prostate cancer.

Sufferers should seek help from their GP as urinary incontinence can indicate a more serious underlying condition.

It can also restrict people’s everyday activities and increase their risk of falls if they rush to the bathroom.

People can reduce their risk by maintaining a healthy weight, eating lots of fibre, practicing pelvic floor exercises and not smoking.

Stress incontinence most commonly occurs as a result of a weakened pelvic floor, the band of muscles that runs between the pubic bone and the back, helping to support the bladder.

Stress incontinence can, as in Lisa’s case, also be accompanied by urge incontinence – as the name suggests a sudden and uncontrollable urge to go to the loo.

‘When I went for a jog I usually had to nip behind bushes,’ she says. I believed it was one of those things that happens to women so I didn’t see my GP. I simply put up with it – when I told my close friends some said they experienced it too.’

The menopause can make matters worse as a fall in levels of oestrogen – which helps maintain the strength of collagen, a protein that makes tissue firmer and more elastic – may further weaken the pelvic floor.

Pelvic floor strengthening exercises can help as can lifestyle changes, such as reducing caffeine. Medication may be offered and if all else fails there are surgical options that help better support the bladder.

However these require an anaesthetic and while they can work well for some, complications are not uncommon.

Lisa is among the first in this country to try a new option: a laser treatment originally developed by cosmetic surgeons as a ‘tightening’ procedure, helping with incontinence was seen as a bonus.

It is now being offered by one private clinic to help reduce both stress and urge incontinence.

Called ThermiVa it involves using a plastic probe, slightly longer than a toothbrush, with a tip heated by radiofrequency energy. The idea is it causes tightening of the tissues in the area as they contract in response to the heat.

‘The treatment heats the vaginal wall, bringing about the formation of new collagen and elastin – another protein that gives tissue its elasticity,’ explains Ali Juma, a consultant plastic surgeon at the Queen Anne Street Medical Centre, London who is offering the technique.

‘As a result of the vaginal wall thickening, continence is improved in the pelvic floor. The thicker and tighter vagina means there is added tissue around the urethra – the tube through which urine leaves the body – that supports it.

‘A medical paper published by experts from the U.S. and India in April 2016 said it has shown promising results in improving stress urine incontinence.’

The procedure takes 30 to 40 minutes, and ‘I recommend three treatments as each treatment improves on the previous one,’ adds Mr Juma.

To perform the procedure Mr Juma uses a disposable plastic handheld probe that is connected to the ThermiVa machine, resembling a PC with a digital display. This monitor controls the temperature at the tip of the probe.

‘Ideally the temperature when using the probe is 42 to 47 degrees C,’ he adds.

‘Most patients can tolerate this. At these temperatures there is more stimulation of the fibroblasts (the cells that make up the connective tissue) – as a result they produce more collagen.’ 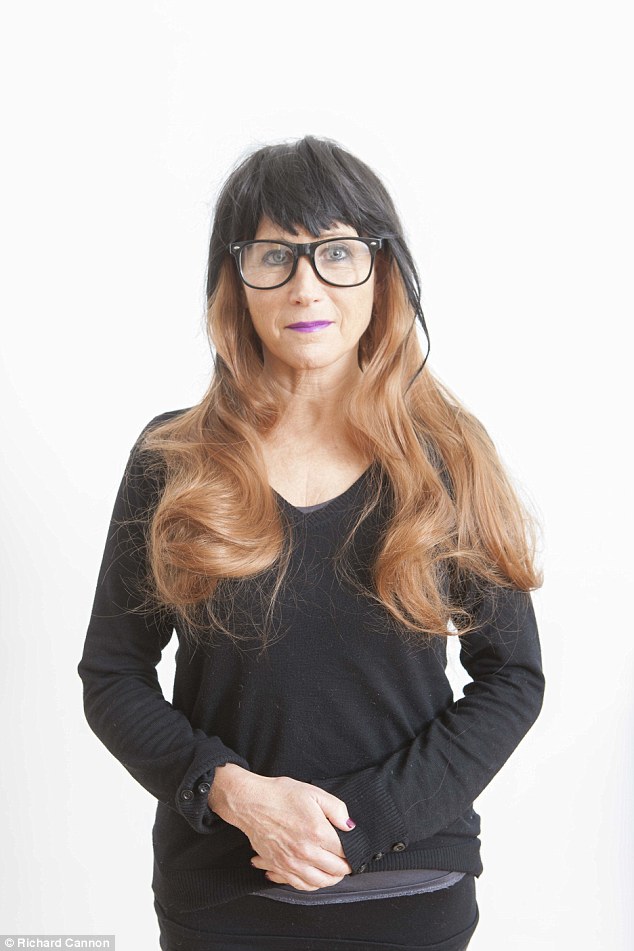 ‘My confidence is back’

Lisa heard about the treatment through a friend and went for her first 30 minute treatment last September.

‘It wasn’t painful,’ she says.

‘Mr Juma spoke to me throughout it, checking if the probe felt comfortable and wasn’t too warm,’ she says.

‘Once he’d finished, I could leave straight away as I hadn’t even needed sedation.

‘Mr Juma said the collagen forming process would carry on during the next few weeks, but I might notice results even sooner. Four days later, I had dinner with friends and didn’t need the loo until I got home.

‘After my second treatment in October I was able to hold off going to the loo for an hour and a half longer than normal.’

Lisa had her final treatment in December (2017) and will have a 12-month review in September.

‘So far, ThermiVa has really worked well for me, I have had no negative side effects and my confidence is back.’

The procedure brings a small risk of infection but Mr Juma says there has been a 95 per cent satisfaction rate among patients with incontinence that he has performed the technique on so far.

However the treatment is not a cure as such.

‘I advise patients to return every nine to 12 months in case they need further treatment,’ he says. ‘ThermiVa is not permanent – the vaginal wall can change due to factors such as hormonal changes that loosen tissue. Therefore I also tell my patients to do regular pelvic floor exercises to help maintain the tightness.’

At the moment the treatment is only available privately at a cost of £900 per treatment or £2,500 as a package of three.

But not everyone is convinced by the evidence so far.

‘This is interesting, but needs to be investigated in properly conducted trials,’ says Maya Harris, consultant urologist at the Spire Parkway Hospital, Solihull.

‘I don’t think it would ever become a reliable treatment for incontinence, except perhaps milder cases, where non-surgical measures such as pelvic floor exercises, bladder retraining and medication would work anyway. If you are suffering from incontinence then you really should see an urologist.’