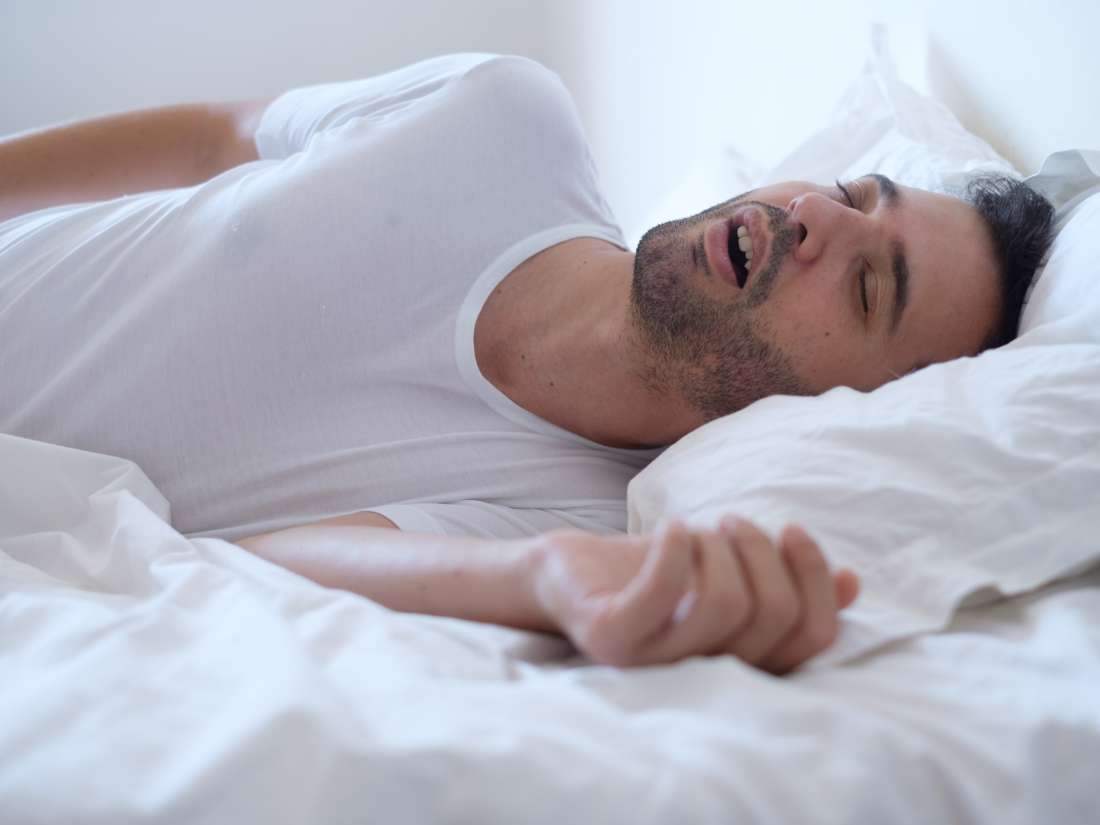 This was the main finding of new research into obstructive sleep apnea (OSA) in older adults that is now published in the European Respiratory Journal.

In OSA, the soft tissue walls of the throat relax and impede airflow, reducing the amount of oxygen in the blood.

The authors argue that this oxygen reduction may be linked with the thinning of the brain’s “bilateral temporal regions,” as well as an associated type of memory decline.

“Our results suggest,” explains senior study author Sharon L. Naismith, a professor in the School of Psychology at the University of Sydney in Australia, “that we should be screening for OSA in older people.”

Dementia is a syndrome, or group of symptoms, in which there is a progressive decline in ability to think, remember, have conversations, do everyday things, and live independently.

An estimated 50 million people worldwide have dementia, and the annual rate of new cases is just short of 10 million. About 60–70 percent of dementia cases are caused by Alzheimer’s, which is a relentless brain-wasting disease wherein toxic proteins build up in the brain.

In the United States, there are around 5 million people with Alzheimer’s disease, and this figure is expected to nearly triple to 14 million by 2050.

The new study adds to evidence of a link between OSA and dementia. In 2017, for instance, we reported on a study that linked OSA to raised levels of amyloid beta, which is involved in the buildup of toxic protein in the brain in Alzheimer’s disease.

Like dementia, the chances of developing OSA rise with age. In the U.S., it is believed that OSA affects around 18 million adults.

OSA has also been tied to high blood pressure, stroke, heart disease, and even cancer. There is also evidence — from studies that have followed people over time — that OSA is linked to “increased risk of cognitive decline and dementia in the elderly,” note the researchers.

OSA and changes to brain structures

Against this background, Prof. Naismith and colleagues decided to investigate whether OSA might be associated with changes in certain brain structures in older adults “considered ‘at risk’ for dementia.”

The study involved 83 people, aged 51–88, who had been to see their doctors about memory and mood problems. None had been diagnosed with OSA.

They all underwent tests of memory ability and to screen for depression symptoms. They also had MRI brain scans and an assessment of OSA that involved being connected to a “polysomnograph” machine overnight.

From the MRI scans, the researchers were able to measure different parts of the brain, while from the polysomnograph results, they could spot changes in brain activity, blood oxygen, breathing, and heart rate.

An analysis of the results demonstrated that low blood oxygen levels during sleep were tied to reduced thickness of the brain’s right and temporal lobes. These brain structures are vital for memory and are known to change in dementia.

The analysis also showed that these changes were “associated with reduced verbal encoding,” a type of memory skill that retains new information. The team believes that this is the first study to find such a direct link.

In contrast to evidence of brain shrinkage, the results also showed that OSA was associated with a higher likelihood of increased thickness in three other brain regions — the right postcentral gyrus, the pericalcarine, and the pars opercularis — and “increased volume of the hippocampus and amygdala.”

The researchers suggest that these changes might be due to inflammation and swelling caused by low blood oxygen.

Prof. Naismith explains that 30–50 percent of dementia risk “is due to modifiable factors, such as depression, high blood pressure, obesity, and smoking.”

OSA can be treated with continuous positive airway pressure (CPAP). This continuously blows air through a mask that is worn over the nose, mouth, or both during sleep to ensure that a person’s airways stay open.

The team is already investigating whether or not CPAP can put off cognitive decline and improve brain connections in people with mild cognitive impairment (MCI). MCI sometimes precedes, but does not necessarily lead to, dementia.

“There is no cure for dementia so early intervention is key. On the other hand, we do have an effective treatment for OSA.”