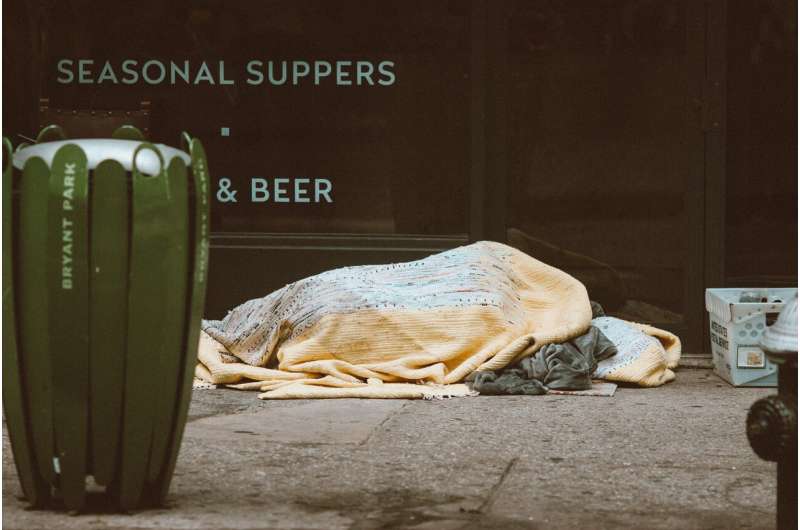 Giving some homeless mothers with young children a place to live may do little to help them if it is not combined with support services, a first-of-its-kind study showed.

Researchers found that young moms with a substance use disorder showed less improvement if they were given only housing when compared with similar moms who were given housing and supportive services, or even mothers who were only given a list of community services available to them.

That’s an important finding for organizations and policymakers who have advocated a “housing first” policy that aims to get the homeless into permanent housing as quickly as possible, said Natasha Slesnick, lead author of the study and professor of human sciences at The Ohio State University.

“Housing is still very important, but it is not enough,” Slesnick said.

“These young homeless moms need help accessing services and meeting their daily life needs or they may not be able to overcome their substance use.”

Findings were published online recently in the Journal of Substance Abuse Treatment.

Families with children are one of the fastest growing segments of the homeless population, now accounting for nearly one-third of those experiencing homelessness.

The study is the first in this area to use what is considered the “gold standard” in research: a randomized controlled trial.

Young homeless moms (age 18–24) with one or more children under the age of six who had a substance use disorder were randomly assigned to receive one of three treatments: the usual support services given in the community, housing only, or housing with support services.

The researchers recruited 240 women in Columbus from shelters, a drop-in center and other agencies serving homeless youth.

Another third were only provided housing, while the remaining third were given “services as usual”—they received a referral sheet of all services available to them in the community, but where not offered housing or support services through the study.

At the beginning of the study—and every three months for one year– the participants completed measures of their substance use (including alcohol and illicit drugs) and their levels of self-efficacy—how much they felt they were in control of what happens in their life.

Overall, those in the housing and supportive services group fared the best and were most likely of all three groups to have low substance use and increasing self-efficacy by the end of the study, Slesnick said.

“It was encouraging that housing plus supportive services reduced substance use and helped them develop confidence in their ability to solve problems and address the daily hassles of life,” she said.

Women in the other two groups did show some improvements in lowering substance use and improving self-efficacy. But more mothers receiving only housing increased their substance use over time compared to those receiving services-as-usual or housing and support services.

“For those young mothers just given housing, they still have a lot of stress in their lives with a child under six. And that stress is often going to lead them to cope how they typically do, which is often with substance use,” Slesnick said.

One reason that this study is so important is that mothers dealing with substance use disorders and homelessness are often difficult to help. In an earlier study that included focus groups with homeless mothers, Slesnick and her colleagues found that many of these women were reluctant to seek help, especially in shelters, because they feared their children would be taken away from them.

That’s a key reason why a “housing first” policy that keeps mothers with their children is important, but only if it provides help to deal with substance abuse and mental health issues and gives them other assistance to get their lives on track, Slesnick said.