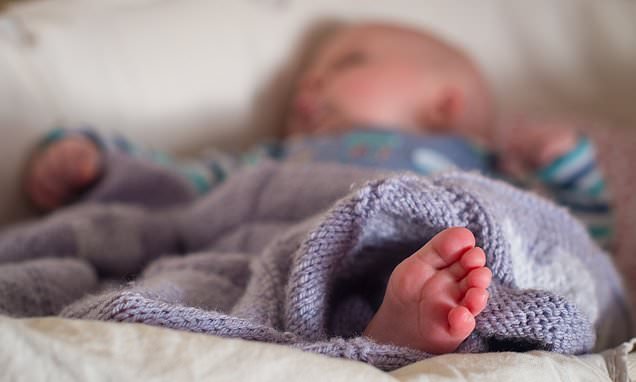 Spike in sudden infant deaths as 219 babies die before their first birthday from unexpected causes, according to fresh data – and it is the first rise in three years

The number of babies dying from unexplained causes has risen for the first time in three years, new figures show.

There were 219 deaths caused by sudden infant death syndrome (SIDS) or without a known cause in England and Wales in 2016.

This is the highest number since 2013, when there were 252, data from the Office for National Statistics (ONS) shows.

The Lullaby Trust, a charity which raises awareness of SIDS, admitted it was ‘deeply concerned’ by the spike in deaths.

SIDS is the sudden, unexpected and unexplained death of an otherwise seemingly healthy baby. 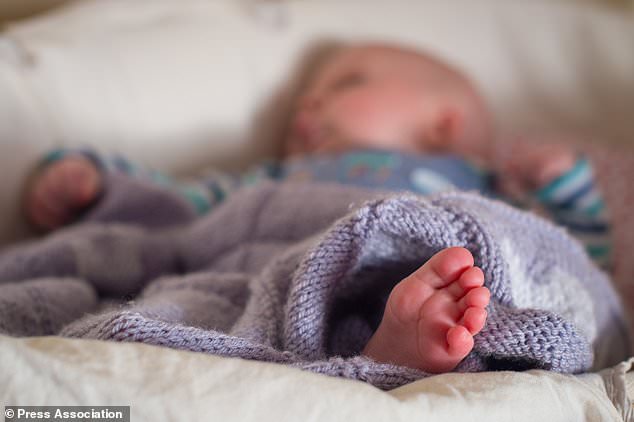 The exact cause remains unknown but risk factors include unsafe sleeping, overheating and smoking while pregnant.

There has been a 23 per cent drop in unexplained deaths of infants across England and Wales over the last decade.

Greater awareness, mainly about how sleeping safely, is thought to be behind the trend.

But the latest increase – a 12 per cent jump in the space of a year – was driven by a rise in unascertained deaths among infant girls.

The figures include deaths among children less than one year old from SIDS and when no medical cause can be recorded.

Francine Bates, chief executive of The Lullaby Trust, said: ‘We are deeply concerned by the increased SIDS rate in England and Wales.

WHAT IS COT DEATH AND HOW CAN IT BE PREVENTED?

Sudden infant death syndrome (SIDS), or cot death, is the sudden, unexpected and unexplained death of an apparently healthy baby.

It usually occurs within the first six months of an infant’s life and is more common in those born prematurely or of a low birth weight.

The cause of SIDS is unknown, however, it is associated with tobacco smoke, tangled bedding, co-sleeping with parents and breathing obstructions.

Prevent the risk by:

‘The previous downward trend in SIDS deaths has been largely attributed to increased awareness of safer sleep advice.

‘So it is essential that this remains a top priority for local authorities and all professionals working with families.’

Ms Bates added: ‘SIDS rates are highest in the most deprived areas.

‘We worry pressures on local authorities’ public health budgets and the increasing number of families being pushed into poverty will lead to slower progress or even further increases in the number of deaths.

‘We urge local authorities to ensure there is adequate funding for health visitors and early years staff who provide crucial safer sleep advice to families with new babies.’

The highest unexplained infant mortality rates were in the West Midlands, Yorkshire and The Humber, and North West of England, where there were 0.45 deaths per 1,000 live births.

Vasita Patel, from the ONS, said: ‘While unexplained infant deaths increased in 2016 for the first time in three years the total remains low in historical terms.

‘The increase was driven by a rise in unascertained deaths among infant girls.

‘However, due to the low numbers involved the overall increase in unexplained infant deaths is not statistically significant.’

Previous: Kylie Jenner Just Transformed Into a Golden Blonde With Waist-Length Extensions
Next: Reduce stress at work by including some physical activity when in office
Related posts
Pet Care News