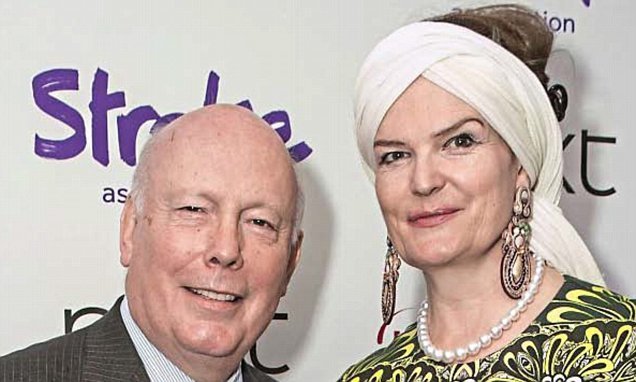 People whose lives are blighted by constantly trembling hands could soon find relief in the shape of a high-tech helmet that blasts the brain with soundwaves.

While some patients have only a mild form of the condition, it’s estimated that 250,000 people in Britain suffer with severe essential tremor. 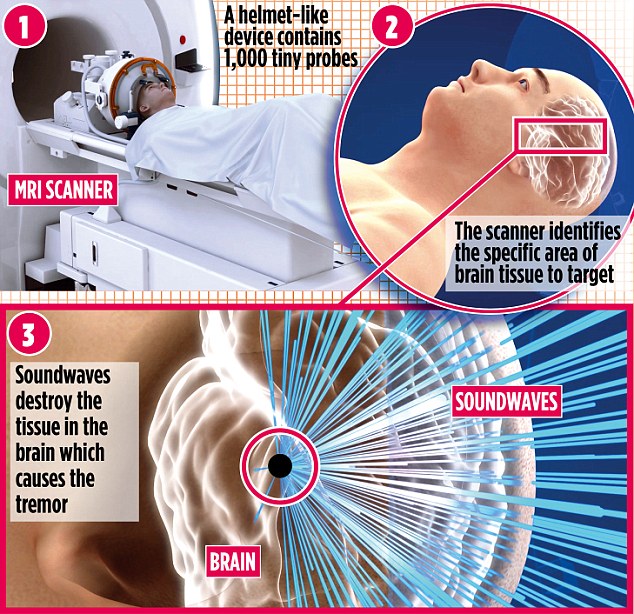 Currently, the only surgical option is deep-brain stimulation, which is invasive and is offered in severe cases only. As a result, the vast majority of patients are left relying on medication that can cause unpleasant side effects such as dizziness and nausea.

Many also complain it is largely ineffective, meaning that a lot of everyday tasks, such as holding a cup of tea or doing up buttons, become almost impossible.

The new treatment aims to destroy the cause of the tremor – abnormal electrical circuits that develop in the thalamus, a part of the brain involved in movement – and uses soundwaves to do it.

Doctors have hailed the new technique, carried out as an outpatient procedure, as ‘life-changing’ for those living with the condition. ‘Seeing one of these successful procedures is as close as you can get to a medical miracle,’ said Professor Wladyslaw Gedroyc, a consultant radiologist at Imperial NHS Trust who performs the technique.

He added that results so far have been very promising, with an average 70 per cent reduction in tremor symptoms and some patients being cured completely.

And because the technique is not surgical, side effects are ‘extremely rare’ and patients can go home immediately after the four-hour procedure, which should show immediate results. While the technique is not yet available on the NHS, the health watchdog NICE, the National Institute for Health and Care Excellence, last week recommended it.

The alternative is deep-brain stimulation. Prof Gedroyc said: ‘This involves drilling into the skull and implanting electrodes into the brain, so is obviously a lot more invasive with more possible risks and side effects.

‘It’s also much more expensive for the NHS than our non-invasive brain-focused ultrasound. We are now in discussion about getting funding for this treatment on the NHS.’ 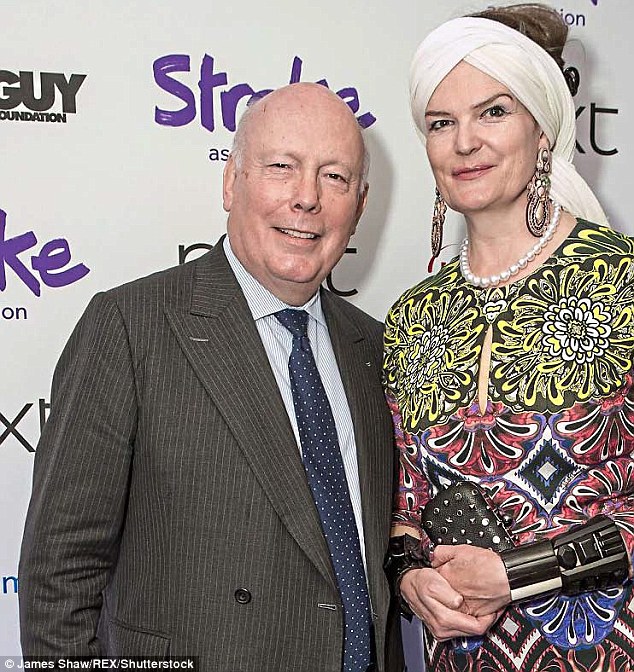 Until then, the procedure will be available only privately, at a cost of £22,000, or as part of a trial.

Before receiving the ultrasound treatment, the patient’s head is placed securely in a frame to prevent it from moving during the procedure, which could affect the precise area being targeted by soundwaves. A helmet-like device is then placed over the skull; this contains 1,000 tiny conductors that beam soundwaves into the brain. Patients are placed in an MRI machine, where images show doctors the specific area of brain tissue to target.

Dinesh Kotecha, 61, from Wembley, North-West London, had the procedure at St Mary’s Hospital in West London as part of a clinical trial.

The shaking in his left hand had become so bad that he struggled to eat, drink, write or use a computer.

He said. ‘Straight after the procedure, my hand stopped shaking. It was such an amazing moment that I cried with relief.

‘I am so grateful to have had this treatment – it has transformed my life.’

The blogger: UK athletics coach, marathon runner and dietician Alexandra Cook, above, who has more than 20 years of dietetic experience working within the Ministry of Defence, NHS and rehabilitation and physiotherapy clinics.

What’s it all about?

Alex uses her expertise in the athletics and dietetic fields to help her readers fuel themselves to perform to the best of their physical ability, whether they’re swimmers, runners or cyclists.

Heatstroke is potentially a medical emergency so it’s vital to stay cool – and this electric fan would be an eyecatching way to do it.

Previous: ‘My tot saved the lives of me and his unborn brother from asthma attack’
Next: Dim the Lights to Help Your Child Fall Asleep
Related posts
Pet Care News