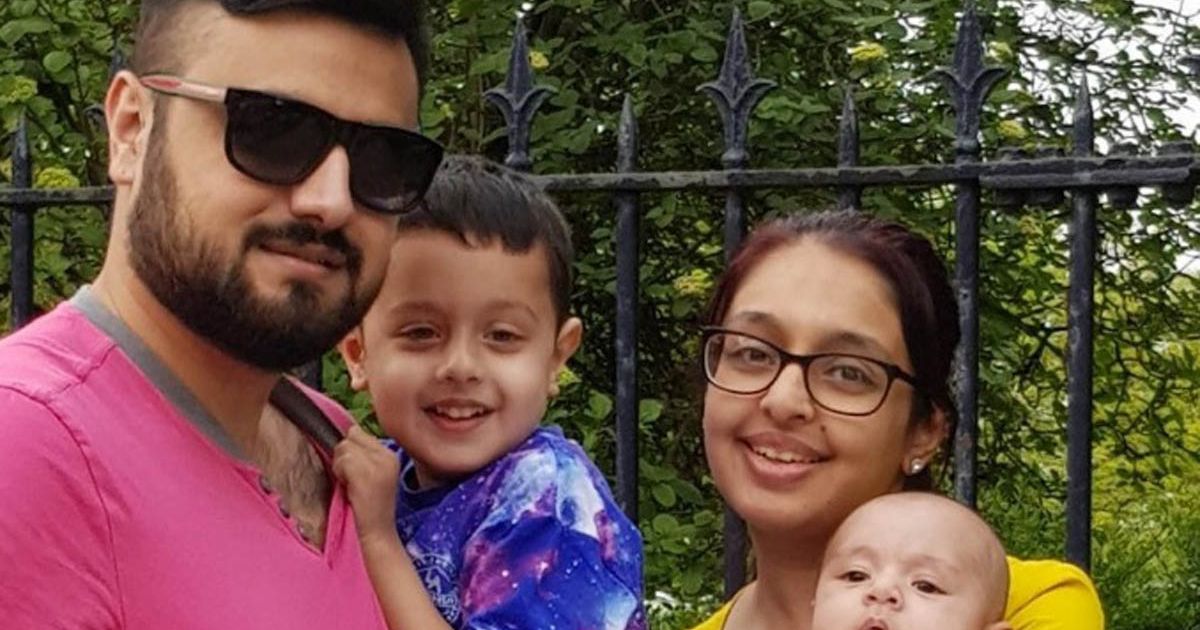 Henna Yasir, 30, is among 5.4million Brits with asthma.

Her son saved her as she had an attack at her home in Walthamstow, East London…

It will be years before I can explain it to him, but my baby Sufyan owes his existence to his brother – a little knight in shining armour who saved his life AND mine.

Ibrahim was three when he came to the rescue as I suffered a potentially fatal bout of asthma.

I’d managed to go two years without an attack, after a childhood which saw me battling the ailment and spending quite a lot of time in hospital.

My husband Muhammad was out at work as a controller for a cab company and I began to feel off-colour as I put three-year-old Ibrahim to bed.

At four months pregnant with Sufyan, I put it down to the pregnancy.

But the nausea wouldn’t pass and soon I found myself on the bathroom floor, vomiting violently.

I think I’d suffered an allergic reaction to the fish I’d had for dinner, which can often trigger an asthma attack.

Before long, I could feel my airways closing as I struggled desperately for breath.

I hadn’t realised Ibrahim had followed me into the bathroom. I managed to say the word “medicine” before collapsing, hoping that he’d know I needed my inhaler.

As I fought to get air into my lungs, I wondered if I’d die.

Two minutes later, Ibrahim appeared by my side, clutching my inhaler.

He was barely tall enough to reach the lightswitch in my bedroom, so I was stunned that he’d managed to find the inhaler.

But by now I was so breathless it was impossible for me to speak, so I mimed pumping the inhaler, in the hope he’d understand.

I could barely believe it when he calmly placed the inhaler in my mouth and started to pump it. It gave me just enough energy to call Muhammad at work.

I still couldn’t speak but he heard me wheezing frantically and knew what the problem was.

Luckily, he works nearby and five minutes later he burst through the door to find Ibrahim holding my head in his lap, wiping my tears away. Muhammad gave me a paper bag to breathe into, before calling the doctor.

Within about 15 minutes, I started to feel better again. But it was only later that I realised how much of a hero Ibrahim had been.

The doctor told me that if my boy had not been there, I’d most likely have died. He’d saved not just my life, but the life of his unborn brother.

Ibrahim is four now and can’t remember that night. I make sure he knows where my inhaler is and I remind him what to do with it if he sees that I am poorly.

I will do the same with Sufyan when he’s a little older. It’s frightening to think I could have another asthma attack without warning, but by telling my children what to do in an emergency, I’ve given myself the best chance possible.

Previous: Evolution of efflux pumps could yield important insights in fighting antibiotic resistance
Next: Shaky hands could be calmed by soundwaves from a high-tech helmet
Related posts
Pet Care News