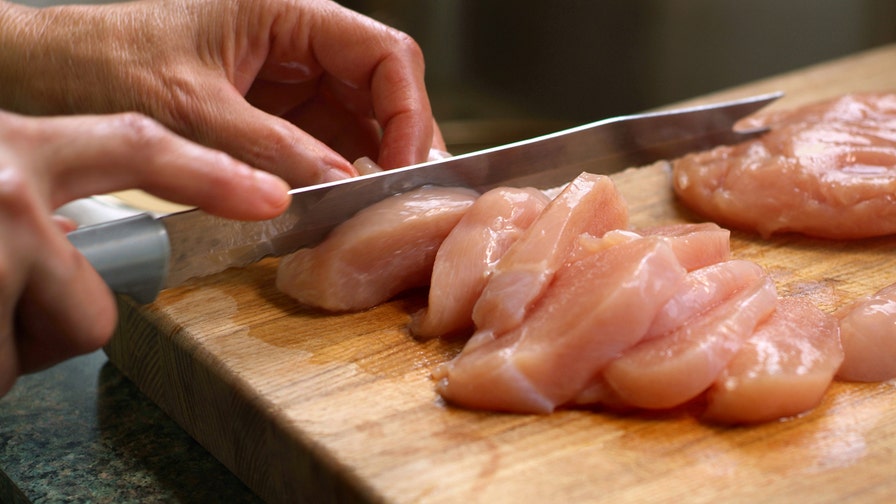 How do I know if I have salmonella

Q&A with Dr. Manny: Since coming back from vacation, I've had diarrhea and cramps. How do I know I have salmonella versus some other gastrointestinal condition?

At least 17 people were sickened and one person has died as a result of eating chicken that was possibly contaminated with Salmonella bacteria, the Center for Disease Control and Prevention (CDC) said Wednesday.

The cases have been reported in New York, Maryland, Pennsylvania and Virginia, according to the CDC. Of those, eight have been hospitalized — including one person who died in New York.

While illnesses related to this outbreak occurred in September, the CDC only began investigating in June after the New York State Department of Health said “several” of those who have become ill “reported eating kosher chicken.”

A map of the reported cases thus far.

Despite the reports, however, the CDC said it is “not advising that people avoid eating kosher chicken or Empire Kosher brand chicken.”

Instead, the agency issued tips on how to cook and handle raw chicken, adding that “this outbreak is a reminder that raw chicken products can have germs that spread around food preparation areas and can make you sick.”

Some tips from the CDC include:

Of those sickened, the oldest person was 76 and the youngest was less than one year old, according to the CDC.

The news comes after the U.S. Food and Drug Administration issued a public health alert on August 24 in “an abundance of caution” due to salmonella concerns related to Empire Kosher brand raw chicken products.

Salmonella is a bacterial infection that can cause nausea, vomiting, stomach cramps, fever and chills, among other symptoms, according to the Mayo Clinic. While it isn’t typically life-threatening, a Salmonella infection does require hospitalization in some cases and can “spread from the intestines to the bloodstream and then to other places in the body,” according to the CDC. However, most people recover within a matter of hours or days.

Young children, older adults and those with weakened immune systems are most at risk.