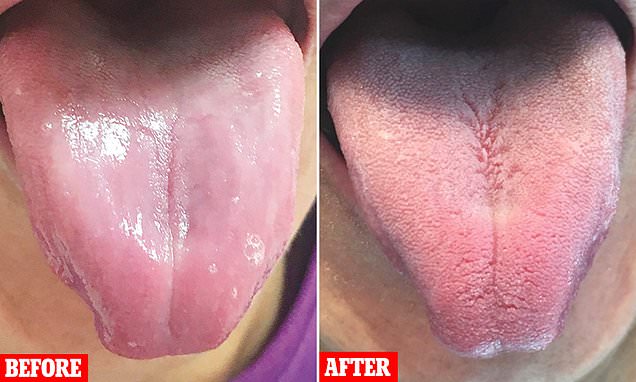 A pensioner’s taste buds ‘disappeared’ due to a rare blood condition that ravaged his tongue.

The 64-year-old, who has not been identified by doctors, had been suffering with a painful tongue and a burning sensation around his lips for around six months.

When doctors investigated, they found his tongue was inflamed and missing ‘papillae’ – the bumps on the tongue containing taste buds.

He was diagnosed with pernicious anaemia, where a person has low levels of red blood cells due to a deficiency in vitamin B12.

It affects less than 0.1 per cent of the population and causes the immune system to kill proteins in the stomach which absorb the vitamin.

Because red blood cells contribute to the health functioning of muscles, the tongue can become inflamed in cases of the condition. 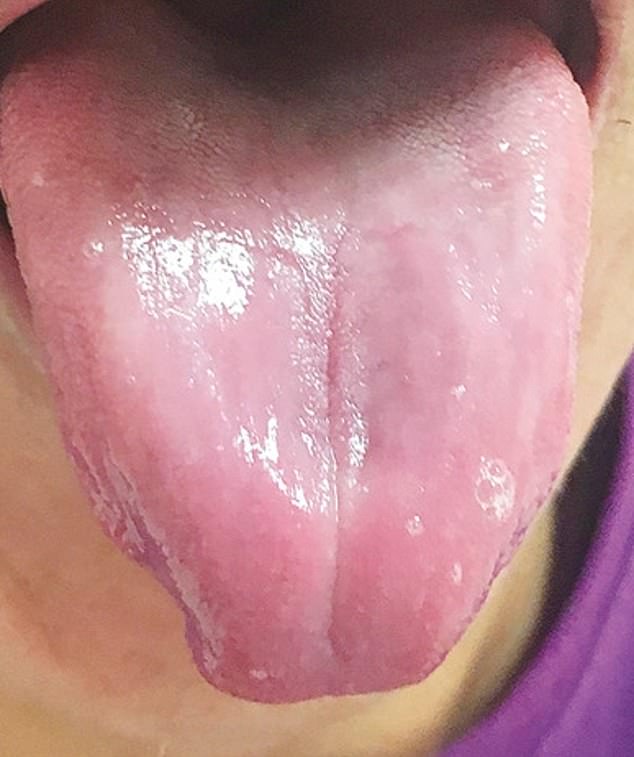 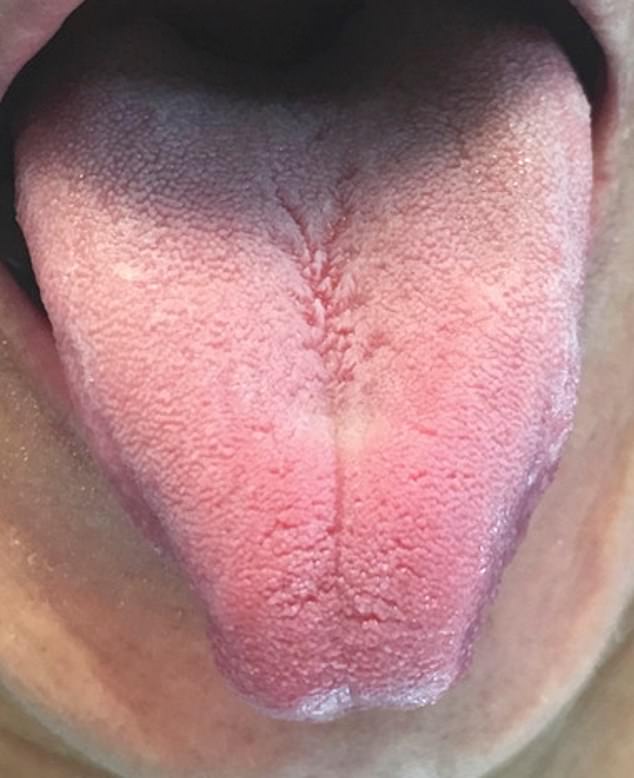 He was diagnosed with pernicious anaemia, which is when red blood cells are low due to a vitamin B12 deficiency. He was given nutritional shots and his tongue was normal within a month (pictured)

The patient was seen by doctors in Singapore who detailed the case in New England Journal of Medicine.

His blood condition had caused atrophic glossitis, or inflammation of the tongue, which leads to changes in colour and texture of the muscle.

It is more commonly caused by acidic food and drink, spicy foods, or allergies – but vitamin deficiencies can trigger it.

Blood tests revealed the patient’s levels of vitamin B12 were very low, which can also lead to weakness and fatigue. It is not clear if the man had any other symptoms.

WHAT IS PERNICIOUS ANAEMIA?

Pernicious anaemia is when the immune system attacks healthy cells in the stomach, preventing the body absorbing vitamin B12 from the food you eat.

It this is the most common cause of vitamin B12 deficiency in the UK. Others are:

Symptoms include extreme tiredness, a lack of energy, pins and needles (paraesthesia), a sore and red tongue, mouth ulcers, muscle weakness, disturbed vision, psychological problems, which may include depression and confusion or problems with memory, understanding and judgement.

Some of these problems happen if you have a deficiency in vitamin B12 or folate but do not have anaemia.

The patient’s pernicious anaemia caused his immune system to kill proteins in the stomach which absorb the vitamin.

He was given an injection of the vitamin and, within one month, his tongue was back to normal.

The man will continue to have the B12 shots every month, the doctors said.

Pernicious anaemia affects just 0.1 per cent of the population, the NHS says.

Vitamin B12 is essential for the formulation of red blood cells, which transport oxygen around the body.

Therefore, without it, red blood cells counts drop and a wide range of symptoms appear.

Generally, a deficiency in vitamin B12 can present as a sore and red tongue, mouth ulcers or muscle weakness, according to the NHS.

Sometimes pernicious anaemia is due to a diet lacking vitamin B12, which is found in meat, eggs and dairy products. Therefore, vegans are most at risk.

Pernicious anaemia represents up to 50 per cent of the causes of vitamin B12 deficiency in adults.

Tags: &apos;disappear&apos;, A, blood, buds, condition, Due, pensioners, taste, to

Previous: Three reasons you have neck pain – and why ‘bad posture’ probably isn’t one of them
Next: Former Cruelty Victims Find Comfort in Classical Music at the ASPCA
Related posts
Pet Care News