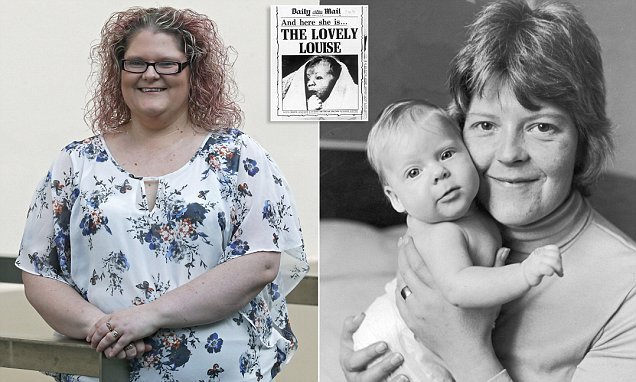 Parents of Louise Brown, the world’s first ever IVF baby, would be denied the procedure by 80% of NHS groups today because of cruel ‘social rationing’, claims charity

The parents of the world’s first test tube baby would be denied the procedure on the NHS in most of England today because of ‘social rationing’, a charity claims.

But because her father, John, already had a child from a previous relationship, they would now be turned down by around eight in 10 NHS groups in England.

Fertility Network UK says despite England inventing IVF, the country now does not do enough to make sure women can have the treatment. 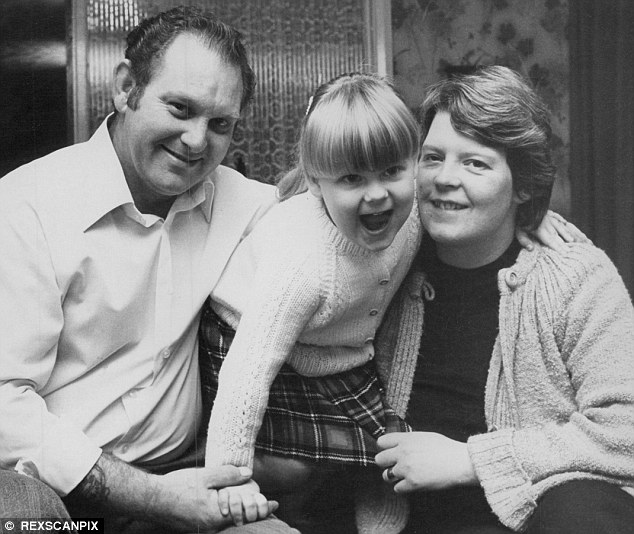 John and Lesley Brown, pictured with their daughter Louise who was conceived using IVF in 1977, would be denied the procedure today because John already had a child

IVF was first used successfully in 1978 to produce Louise Brown, who was born in Manchester to an infertile mother.

But now, more than 80 per cent of NHS clinical commissioning groups (CCGs) would refuse the family the treatment because John Brown already had a child.

The NHS in many areas now has strict criteria to determine who is eligible for IVF, including whether people already have children and for how long they have been trying to conceive.

‘Louise Brown’s parents would not be offered IVF today’

Ms Feeney said: ‘If Louise Brown’s parents wanted to try NHS IVF today, they would be turned down by the vast majority (83 per cent) of England’s clinical commissioning groups on social rationing grounds.

‘Although Mrs Brown was clinically infertile, Mr Brown had a child from a previous relationship.’

Just four of 208 CCGs in England offer the ‘gold standard’ of IVF treatment of three full cycles for women under 40, including couples who already have children, according to data from campaign group Fertility Fairness. 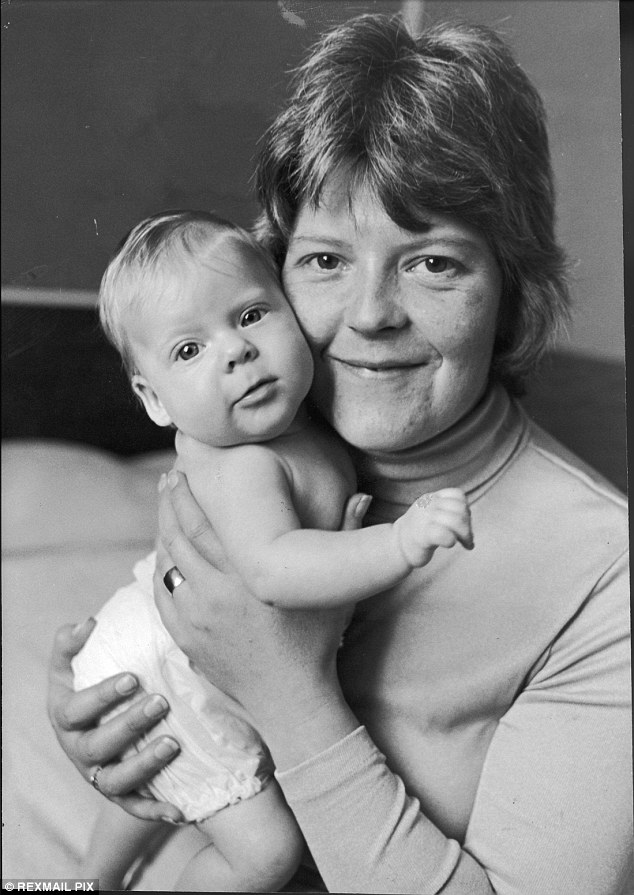 An estimated eight million babies have been born from IVF since Louise Brown, pictured with mother Lesley in 1978, became the first 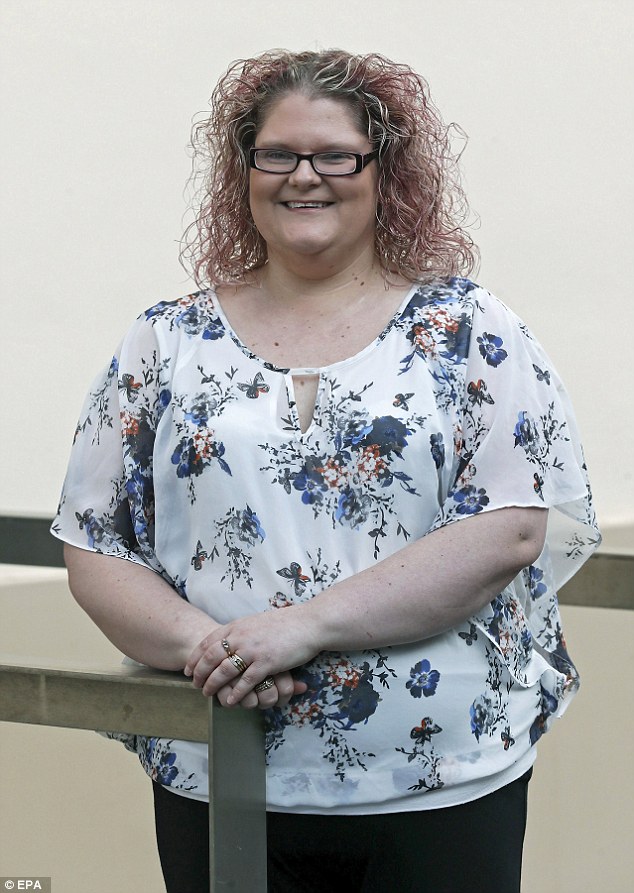 The first ever person to be conceived using IVF, Louise Brown, pictured in 2017, will turn 40 years old next week

WHEN IS IVF OFFERED?

IVF is only offered on the NHS if certain criteria are met. If you don’t meet these criteria, you may need to pay for private treatment.

In 2013, the NICE published new fertility guidelines that made recommendations about who should have access to the treatment on the NHS in England and Wales.

However, individual NHS Clinical Commissioning Groups make the final decision about who can access it in their local area, and their criteria may be stricter.

According to NICE, women aged under 40 should be offered three cycles of IVF treatment on the NHS if:

If you turn 40 during treatment, the current cycle will be completed, but further cycles should not be offered.

If tests show that IVF is the only treatment likely to help you get pregnant, you should be referred for IVF straight away.

Meanwhile, Scotland offers three full cycles to all women under 40.

‘People’s access to IVF is determined by their postcode’

Ms Feeney added: ‘England pioneered the development of IVF but that achievement means far less if the people who benefit from this amazing, life-creating technology are determined by their postcode or pay packet.’

People can pay to have IVF privately but it can be costly – averaging £3,348 for a single cycle in the UK.

The National Institute for Health and Care Excellence recommends women under 40 who fail to get pregnant after two years of trying should be offered three full cycles on the NHS.

But the guidance is non-binding and local CCG policies largely determine the level of treatment available.

An NHS England spokesman said: ‘In reality the NHS has never been able to offer all of the IVF that people might want.

‘Nonetheless there were over 20,000 babies born using IVF in the UK in 2016 with the number of cycles funded by the NHS in England remaining consistent. 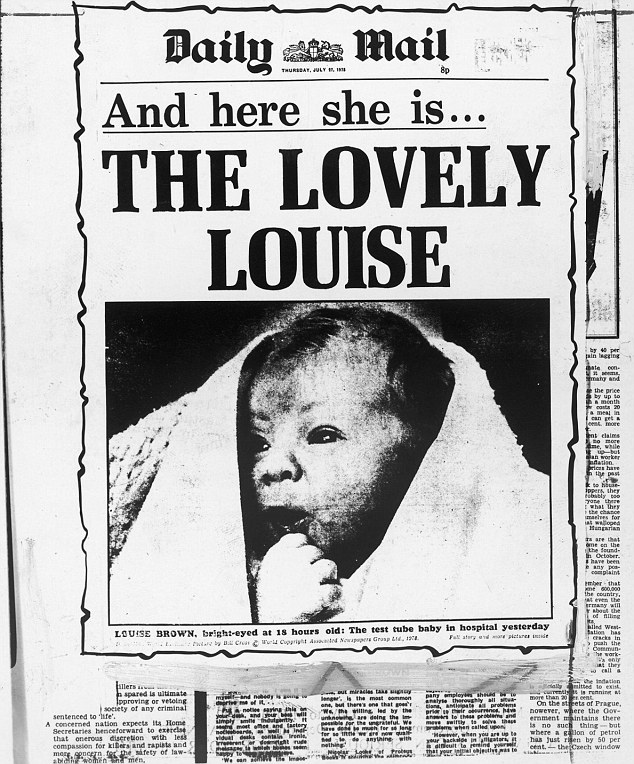 On November 10 1977, Lesley Brown, who, with husband John, had been trying to conceive for nine years, fell pregnant after undergoing IVF.

And nine months later, on July 25 1978, their daughter Louise was born at Oldham General Hospital.

An estimated eight million babies have been born thanks to the technique, pioneered by British scientist Robert Edwards and his obstetrician colleague Patrick Steptoe.

Fertility Fairness has mapped IVF provision in England on its website.

HOW DOES IVF WORK?

In-vitro fertilisation, known as IVF, is a medical procedure in which a woman has an already-fertilised egg inserted into her womb to become pregnant.

It is used when couples are unable to conceive naturally, and a sperm and egg are removed from the bodies and combined in a laboratory before the embryo is then inserted into the woman.

Once the embryo is in the womb the pregnancy should continue as normal.

The procedure can be done using eggs and sperm from a couple or those from donors.

Guidelines from the National Institute for Health and Care Excellence recommends that IVF should be offered on the NHS to women under the age of 43 who have been trying to get pregnant through regular unprotected sex for 2 years.

People can also pay for IVF privately but it costs an average of £3,348 for a single cycle, according to figures published in January, and there is no guarantee of success.

The NHS says success rates for women under 35 are about 29 per cent, and the chance of a successful cycle reduces as women get older.

Around eight million babies are thought to have been born thanks to IVF since the first ever, British woman Louise Brown, was born in 1978.