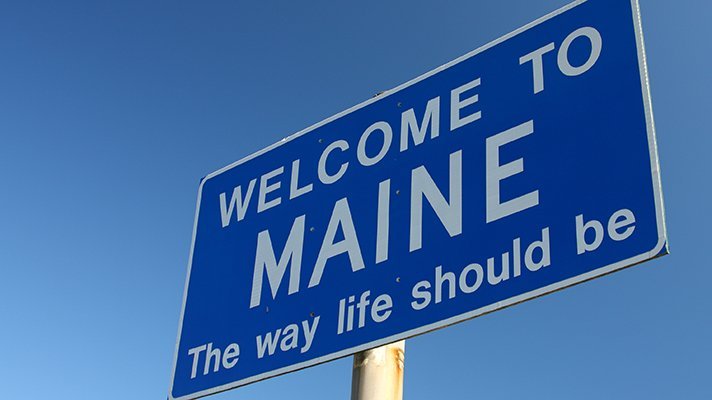 Prescription opioid abuse in the U.S. is soaring. As the country's policymakers grapple with how to address this national emergency, great progress has been made in the state of Maine, which this month marks the first anniversary of a state law requiring the use of electronic prescribing of controlled substances technology.

Since Maine's mandate went into effect in July 2017, making it only the second state in the country with such a law after New York, a significant number of physicians have responded to the new law, known as Chapter 488, which prohibits hand-written paper prescriptions for controlled substances.

Maine now ranks No. 3 among the states for leveraging EPCS to fight against the opioid epidemic, and more than half of Maine prescribers now are EPCS-enabled (51 percent) compared to the national average of 22 percent, according to the Surescripts National Progress Report.

"The opioid issue has created challenges for those prescribing but it has also given them a more effective tool to treat their patients who are dealing with long-term chronic pain issues," said Maine Republican State Senator Andre Cushing III, co-chair of the state's opioid task force. "In many cases, it has opened discussions about how to effectively treat their underlying problems and perhaps move away from continued use of opioids."

It creates a better safety net for those who have developed a significant addiction and have been seeking multiple means of access to opioids, Cushing added.

"Maine's governor was committed to a multiple-pronged approach to fighting this battle against misuse and the associated dependence on prescription drugs," Cushing explained. "His administration, with the help of the medical association and our department of HHS, crafted the plan and then worked through the implementation process to educate providers and amend the law to address some of the challenging issues that arose."

Prior to the law's enactment, electronic prescribing of opioids in the state was very limited, down in the 1 to 2 percent range, said Gordon Smith, executive vice president of the Maine Medical Association.

"Enactment of the mandate dramatically increased EPCS in the state," Smith said. "The two lessons learned: A) While difficult for prescribers, a legal requirement will dramatically increase EPCS in a state, and, B) There will be some pushback, largely from small or solo prescribers who do not have access to EHR systems that can incorporate the change and thus have to go to some expense to buy software or hardware to meet the requirements of the law."

Prescribers did have the ability to apply for a waiver from the state and the state was quite generous in granting them, which greatly helped in the implementation, he added, explaining why almost half of providers are still not in compliance.

"While nearly all pharmacies were already able to accept electronic prescriptions for controlled substances, not many prescribers had implemented the technology to send them."

"The biggest obstacle going forward is the enormous pressure on primary care from all directions and the lack of adequate reimbursement to meet the demands of laws such as Chapter 488," Smith said. "The unfunded mandates can be handled by the larger systems but the small and solo practices – for example, a psychiatrist practicing part-time – struggle."

In a perfect world, mandates such as Chapter 488 should be funded and paid for through an appropriation when enacted, he said. Without funding and adequate training, this type of legislation contributes to primary care burnout, he added.

E-prescribing vendor Surescripts has helped many physicians in Maine conducting EPCS. The vendor is an example of other organizations joining state organizations to help push the adoption of EPCS.

"Maine was one of the first states in the nation to enact a law that requires the use of e-prescribing for all opioid prescriptions," said Ken Whittemore Jr., vice president of professional and regulatory affairs at Surescripts. "While nearly all pharmacies were already able to accept electronic prescriptions for controlled substances, not many prescribers had implemented the technology to send them."

Surescripts, he said, worked with a number of organizations across the state to get the word out that the mandate was coming and that the technology was available. One example of how it educated prescribers is an online resource it developed at GetEPCS.com. It includes videos, Q&A and other resources designed to make it easier for prescribers to get up and running quickly.

Previous: Why This Mom Is Showing Off Her Postpartum Body: 'People Are Craving Someone to Be Real'
Next: Parents of the first IVF baby would be denied the procedure today
Related posts
Pet Care News