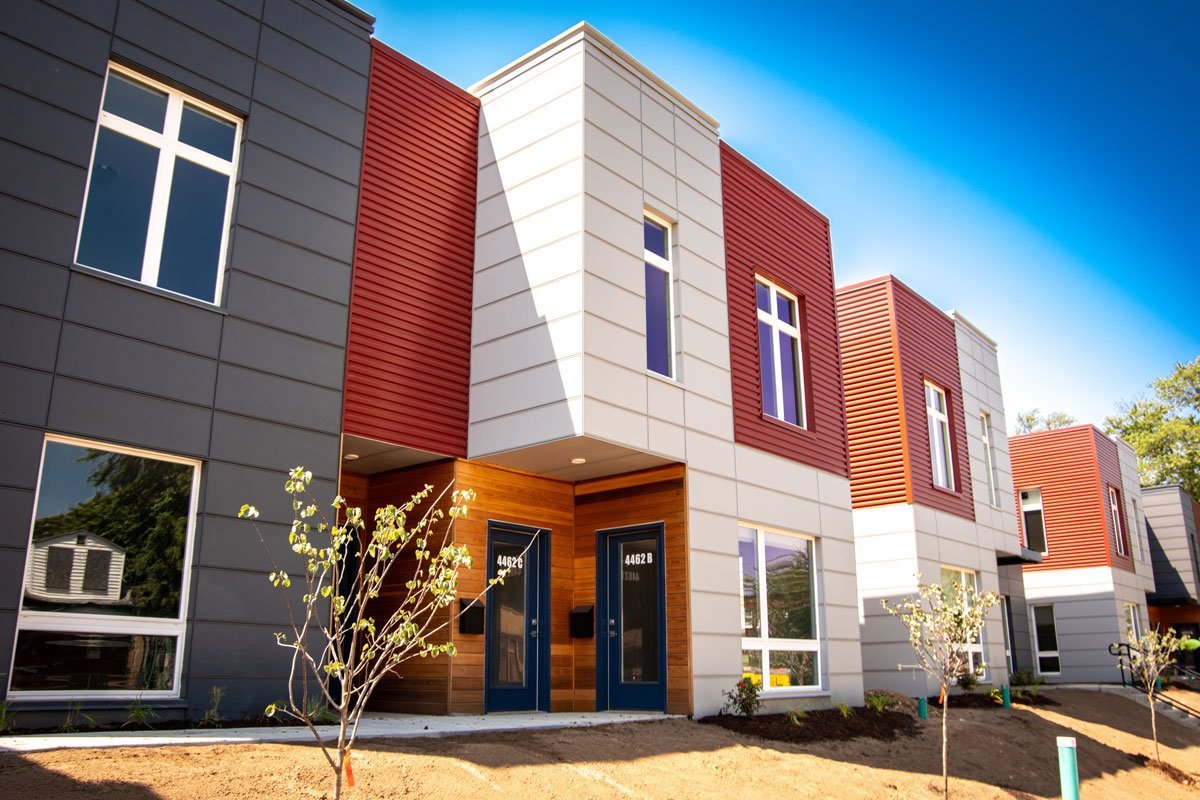 For more than 20 years, Washington University Medical Center Redevelopment Corp. (WUMCRC) — a partnership between Washington University School of Medicine and BJC HealthCare — has worked diligently to improve the quality of life for residents in neighborhoods that border the Medical Campus. The latest culmination of these efforts is the recent opening of Adams Grove, a 50-unit affordable housing development in the Forest Park Southeast neighborhood.

The new apartments replaced many boarded-up buildings and empty lots in the 4400 blocks of Vista, Norfolk and Swan avenues, all on the south side of Manchester Road near The Grove entertainment district.

The apartments fulfill the vision of neighborhood residents who have long said they want their corner of the city to evolve and flourish but remain mixed-income, said Brian Phillips, executive director of WUMCRC. Through the years, he has listened to fearful residents concerned they would be displaced because of higher rents, and hopeful residents who wanted to share in the neighborhood’s revitalization.

“The units turned out just as we expected, and they are fully occupied and have a waiting list,” Phillips said. “We are grateful to have new affordable housing options for current residents and people looking to move into this community.”

The $27 million project, led by Rise Community Development and Unify Grove Development, eventually will include 150 mixed-income housing units. As part of the project, Unify Grove is building 46 market-rate homes, called the [email protected] Newstead, in the same area as Adams Grove. Seven of the houses have sold, all to buyers affiliated with Washington University or BJC HealthCare.

“The opening of Adams Grove was not only the culmination of a year-long construction project, but a reflection of the impact health-care organizations can have on the very fabric of their communities beyond providing excellent health services,” said BJC president and CEO Rich Liekweg. “By building attractive, affordable housing adjacent to a vibrant medical campus where some 20,000 employees, residents, students, physicians, faculty, researchers and staff work every day, we also have the ability to build and strengthen our neighborhoods and our communities.”

Over the past two decades, the redevelopment group purchased properties in the neighborhood with the long-term goal of attracting developers with strong records in redeveloping and supporting mixed-income, diverse communities. Additionally, WUMCRC has supported neighborhood investments in safety and security, jobs, education and the development of The Grove, the entertainment and commercial district along Manchester Road.

Henry S. Webber, executive vice chancellor and chief administrative officer at Washington University and chair of the WUMCRC, said the Adams Grove development is a product of hard work by many organizations. “This project is the result of the long-term strategy by neighborhood residents and leaders to maintain and encourage mixed-income housing,” he said. “Adams Grove creates opportunity for all to enjoy living in a diverse, growing and well-located city neighborhood.”

Forest Park Southeast has experienced major revitalization in the past decade. This growth reflects the continued expansion of the Medical Campus as well as the nearby development of the Cortex Innovation Community, which has become a noted economic engine in the region.

The Forest Park Southeast neighborhood lies south and east of the Washington University Medical Campus and is bounded by Interstate 44 to the south, Kingshighway Boulevard to the west, Interstate 64/Highway 40 to the north and Vandeventer Avenue to the east.

Phillips said successful community development projects, such as Adams Grove, are not one big victory but a series of small achievements. “There were a lot of moving parts to this project, and piecing them together has been extremely satisfying,” he said. “We have been able to identify long-term, sustainable partnerships that will see this community into the future.” 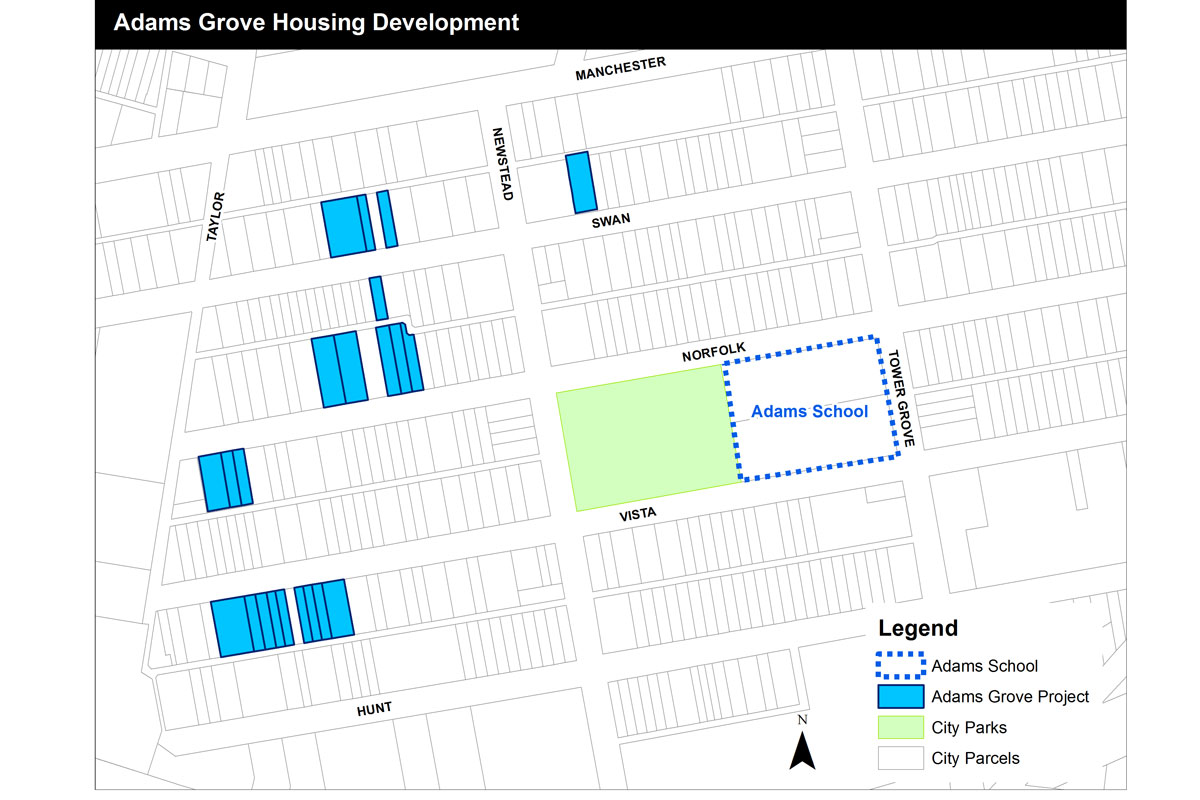 Previous: New cell lines produce monoclonal antibody for improved biologic drugs
Next: Get Your Gamer Off the Couch and On the Road to Fitness with This Smart Indoor Bike Trainer
Pet Care News