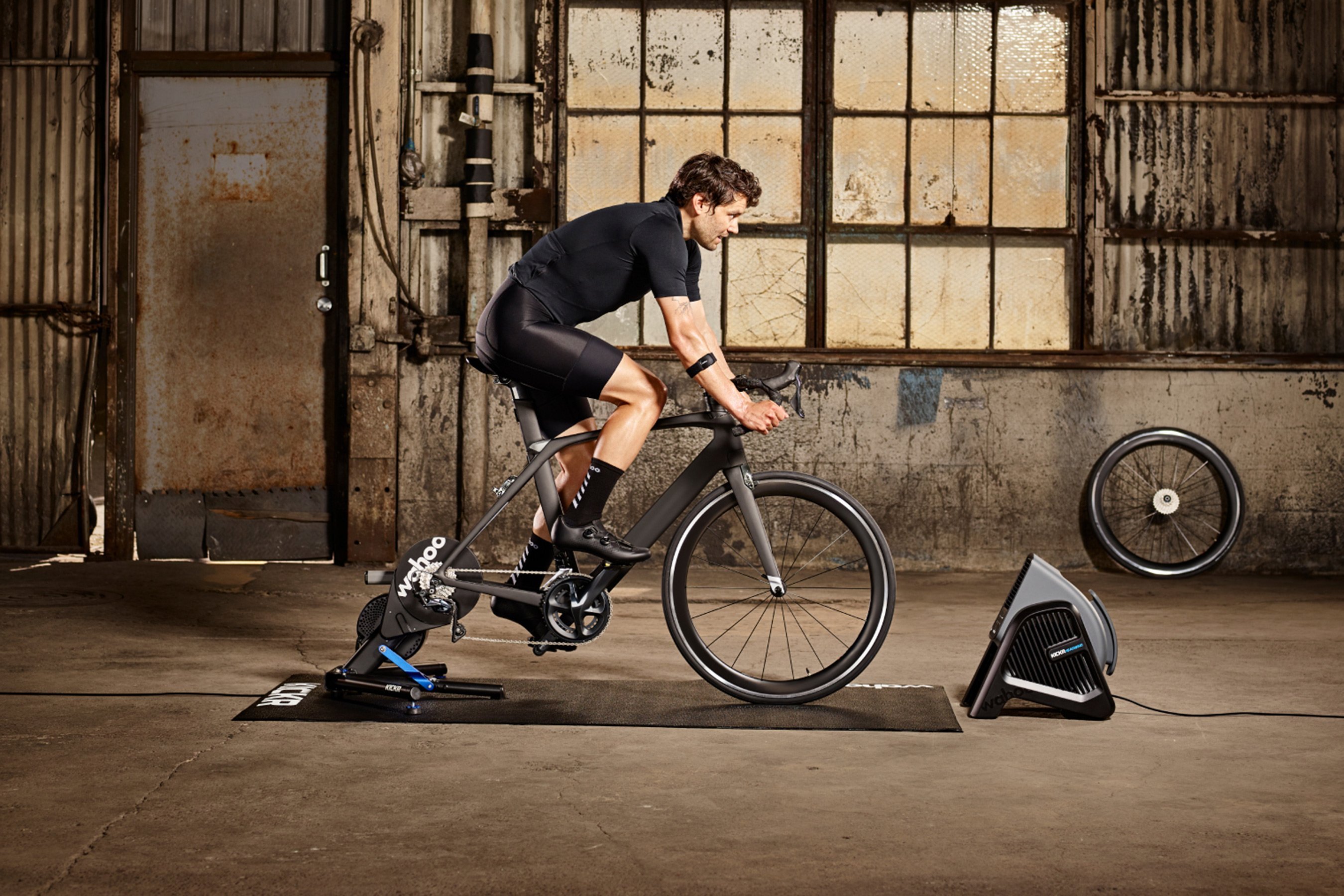 What It Is: The Wahoo Kickr trainer and the Zwift bike simulator

Level of Difficulty: 8/10 (Setting up the Wahoo Kickr is tricky and takes skill and patience … or a professional. Once you’ve got everything ready though, it’s like riding a bike.)

When I heard about a bike trainer that hooks up to a video game, I wanted to try it. Truthfully, I wanted my husband to try it. He’s never been much of an exercise fan but he loves video games, so I thought this might appeal to him — and help us actually grow old together.

Two months later, my husband is now exercising more than I do — almost every day, thanks to the Wahoo Kickr and to Zwift. He gets up early and jumps on the bike, or fits in a half-hour workout after work and before dinner. Who is this guy?

So how did we manage to trick him into exercising? By making it fun. The Kickr and Zwift allow you to pedal and move an avatar through a game. Just take a regular bike and remove the back wheel, and then set up an iPad, or a monitor or television connected to a PC in front of the bike. Watch yourself ride through the streets of London or up a mountain in the Alps. Race against people from all over the world in real time! Travel! Competition! Multi-Player gaming! No wonder Chris loved it.

He also likes gadgets and putting things together, so for him, the setup was enjoyable. But it’s one of my reservations about recommending the product. (The other is the cost at $1,200 for the Kickr, though there are cheaper versions from Wahoo including the Kickr Snap for $600). Attaching the Kickr to the bike wasn’t easy: The cassette that came on the Kickr was not compatible with our bike chain, so we had to swap it out with the one on the rear wheel, which takes a special tool that we didn’t own. We had to bring the Kickr to a local bike shop and swap the cassette for $5.

You also need to download Zwift onto your iPad or download the app on IOS or Android, which is simple and instantly identifies the Kickr. The app is user-friendly and it records your workout and gives you statistics like your ride’s duration, distance and speed. The massive multiplayer online bike simulator is targeted to serious bikers who want to add indoor training to their regimen — as well as people who want to be entertained while they exercise.

The company also just released a hill simulator (Kickr Climb) that connects to the front of your bike and raises and lowers the bike depending on what is happening in game. Virtual reality is here, people.

The Verdict: If you’re a gamer or love a gamer, investing in the Kickr/Zwift setup is likely to pay big dividends health-wise. Zwift has a good chance of maintaining a rider’s interest, thanks to new maps — on Thursday they added Innsbruck, Austria, which simulates the circuit from the upcoming 2018 UCI Road World Championships, and next they are adding New York City’s Central Park. Competing against other people is fun and motivating, although with all of your stats close at hand, you can always just compete against yourself. The setup is also excuse-proof: You don’t have to go anywhere, you can ride rain or shine and the gaming aspect prevents you from getting bored.

Now that the successful test is complete, I’m truly sad that we have to return the Kickr to Wahoo, but hey someone has a birthday coming up, and the company just released its latest version.