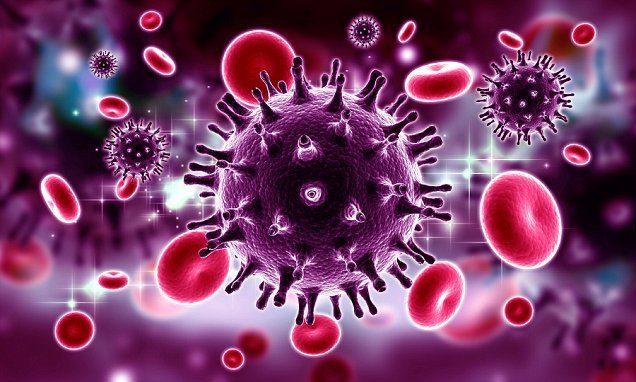 New cases of HIV in the UK are at their LOWEST levels since 2000 with a 17% drop in one year, official data shows

The number of new cases of HIV diagnosed in the UK have fallen to their lowest levels since 2000, official data has revealed today.

Public Health England figures also show deaths from AIDS – the consequence of untreated HIV – across the home nations have never been lower.

Just 4,363 people across the home nations were told they had the killer virus last year – a 17 per cent drop in the space of a year.

And only 428 deaths from AIDS were recorded in 2017 – the lowest yearly total since PHE’s time series began back in 1988.

Charities have welcomed the fall in new cases and deaths, saying it shows the UK can spell an end to the epidemic that has raged for decades. 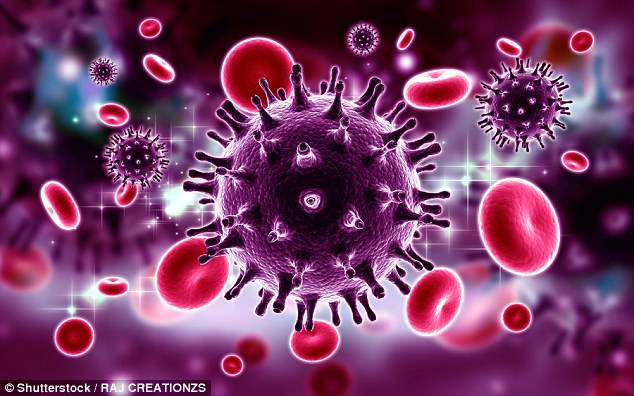 Just 4,363 people across the home nations were told they had the killer virus last year – a 17 per cent drop in the space of a year (stock)

PHE data showed the biggest reduction in new cases was among gay and bisexual men, who are most at risk of HIV.

Figures estimate nearly 37 million adults and children across the world have the lethal virus including at least 100,000 in the UK.

Left untreated, this leads to AIDS – the collective name for a series of deadly infections which the weakened immune system cannot tackle.

HOW MANY NEW CASES OF HIV HAVE THERE BEEN EACH YEAR SINCE 1988 IN THE UK?

PHE data shows there were 5,280 new cases of HIV recorded 2016 – the second year running that there had been a decline.

New cases were highest in 2005, at the height of the epidemic, when 7,865 incidences were recorded by doctors across the UK.

This means the total for 2017 is 45 per cent lower than it was during the worst year on record.

The year 2000 had the lowest number of new cases at 3,989, according to the PHE data that was released this morning.

The statistics also delved into the number of people who had AIDS at the time of their diagnosis and how many deaths there were each year. 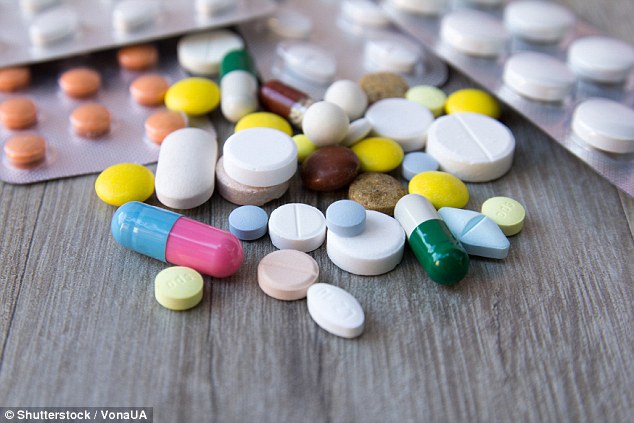 Uptake of HIV testing among men most at risk is high and the use of antiretroviral drugs has also increased in the space of a year. The drugs keep the level of HIV in the body undetectable, meaning patients can have unprotected sex without fear of passing it on (stock)

Just 428 deaths from AIDS were recorded in 2017 – the lowest yearly total since PHE’s time series began back in 1988.

You can get or transmit HIV only through specific activities, most commonly through sexual behaviors and needle or syringe use.

They’re often broken into six groups because they work in different ways.

Doctors recommend taking a combination or ‘cocktail’ of at least two of them.

Called antiretroviral therapy, or ART, it can’t cure HIV, but the medications can extend lifespans and reduce the risk of transmission.

NNRTIs bind to a specific protein so the virus can’t make copies of itself.

These drugs block a protein that infected cells need to put together new copies of the virus.

These drugs help block HIV from getting inside healthy cells in the first place.

This stops HIV before it gets inside a healthy cell, but in a different way than fusion inhibitors. It blocks a specific kind of ‘hook’ on the outside of certain cells so the virus can’t plug in.

These stop HIV from making copies of itself by blocking a key protein that allows the virus to put its DNA into the healthy cell’s DNA.

Professor Noel Gill, head of the STI and HIV department at PHE, said UK prevention measures are having a ‘significant impact’.

Uptake of HIV testing among men most at risk is high and the use of antiretroviral drugs has also increased in the space of a year.

The drugs keep the level of HIV in the body undetectable, meaning patients can have unprotected sex without fear of passing it on.

‘Now, when someone is diagnosed, they are encouraged to immediately start treatment.

‘This enables them to more quickly achieve an undetectable viral load, which means HIV can’t be passed on.’

He added: ‘Today’s drop in new HIV diagnoses among some communities in the UK clearly shows we have the tools to end the HIV epidemic in this country.

‘But, rather than patting ourselves on the back, we need to redouble our efforts, work harder and get to zero HIV transmissions.’

Overall, 42 per cent of people were diagnosed at a late stage of infection, which is linked with a 10-fold increased risk of dying within a year.

Professor Gill said: ‘The most common way of getting HIV in the UK is through having sex without a condom –

‘So consistent and correct condom use with new and casual partners stops you getting or transmitting HIV and other STIs.

‘If you think you have been exposed to HIV it is easy to get tested so, if positive, you can start treatment as soon as possible.’

‘Today’s figures mean we are well on our way to eradicating it once and for all but we have not an ounce of complacency.

‘Our commitment to prevention has led to more people getting tested and almost every person with a diagnosis is now in treatment – meaning they are unlikely to pass the virus on to someone else.

‘I am committed to ensuring that we deliver on our promise to reduce the number of people contracting HIV even further.’