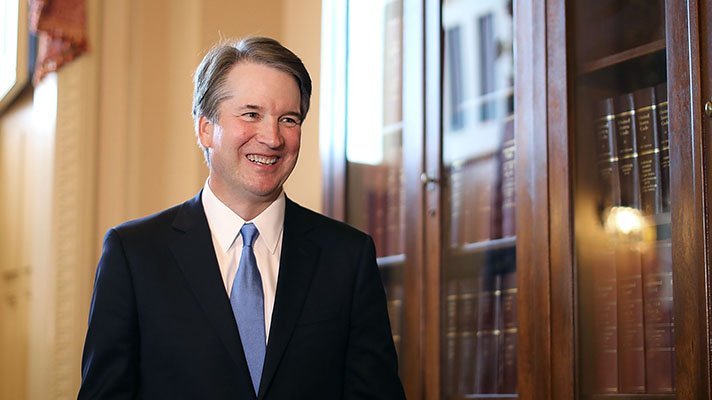 President Trump’s pick of Brett Kavanaugh to replace Justice Anthony Kennedy on the Supreme Court could have a lasting impact on healthcare issues such as the Affordable Care Act and abortion rights.

Republican Senator Jon Kyl, a lobbyist for the pharmaceutical industry, promoted Kavanaugh’s nomination to Trump, putting healthcare at the center of a certain nomination fight, The Washington Post reported.

For the past 12 years, Judge Kavanaugh has served on the influential U.S. Court of Appeals for the District of Columbia.

Democrats and abortion rights advocates are reading into opinions he made as indicators on how the conservative will change SCOTUS, where Kennedy often served as a swing vote to more liberal issues.

Kavanaugh could be on the bench by October in time to hear an ACA case now at the federal court level in Texas.

The lawsuit brought by 20 Republican-led states seeks to overturn the ACA saying it is unconstitutional now that the Tax Cuts and Jobs Act will remove, as of 2019, tax penalties against individuals who choose not to get health insurance.

Attorney General Jeff Sessions said that while he would enforce other aspects of the ACA, he would not defend the individual mandate.

Sessions agreed with a 2012 Supreme Court case that held the individual mandate was constitutional only because it could be construed as a tax that raised revenue for the government. Without the penalty there was no reason to uphold the mandate, Sessions said.

Kavanaugh opined on the issue of the ACA mandate as penalty versus tax in the case Seven-Sky v. Holder, which challenged the individual coverage provision.

Kavanaugh was the dissenting vote, saying the penalty was collected as a tax, according to Forbes.

The argument that the penalty was a tax later became the central argument of the Supreme Court when considering whether the ACA was constitutional. Chief Justice John Roberts said the payment was a tax but as a legal standard for the ACA did not apply, according to the report. Therefore the constitutionality of the ACA was upheld.

Congress has failed to overturn the ACA but the Trump Administration has sought to undo what insurers have called stabilization factors by ending the individual mandate and through allowing short-term and association health plan plans.

America’s Health Insurance Plans chose not to weigh in on Kavanaugh’s nomination.

Kavanaugh could also be a decisive vote in Roe v. Wade, which President Trump has promised to overturn.

Abortion rights supporters have grabbed onto a decision made by Kavanaugh disallowing a pregnant teen in immigration custody to receive an abortion, though his dissent could have more to do with his views on the status of illegal immigrants than abortion rights.

The full court overturned a lower panel ruling by Kavanaugh, who said it created a new right for unlawful immigrant minors to obtain an immediate abortion on demand, according to The Wall Street Journal.

Senator Elizabeth Warren also said by tweet she is opposed.

“Brett Kavanaugh's record as a judge and lawyer is clear: hostile to health care for millions, opposed to the CFPB & corporate accountability, thinks Presidents like Trump are above the law – and conservatives are confident that he would overturn Roe v. Wade. I'll be voting no.”