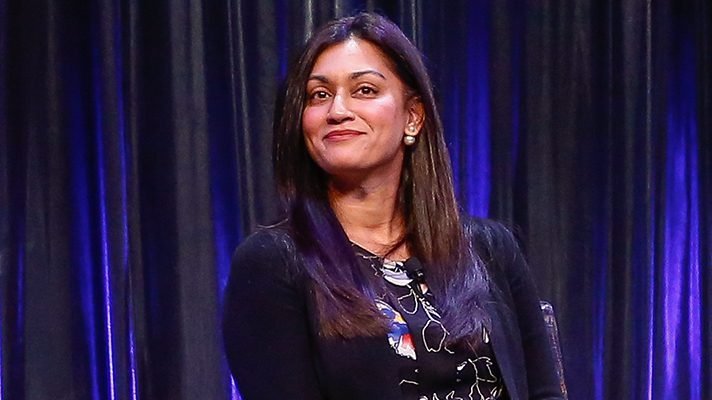 The rise in big data has rocked nearly every sector from education to consumer tech, and in particular healthcare. But connecting the dots between the data sources has been a major hurtle in innovation. This is especially true when it comes to the government. The US government’s extensive stores of data are often siloed in different agencies and even departments. A tradition of government bureaucracy has often been credited with the lack of source sharing.

But ever since the Obama administration, HHS has been working on initiatives to “unleash the data” both across departments and in collaboration with the private sector, according to Dr. Mona Siddiqui, chief data officer at the HHS. Now the department is starting to reflect on results of this initiative and how it could be improved in the future.

At Health 2.0 in September, Siddiqui will be presenting at a Government Town Hall event. Here she plans to discuss the data sharing culture and talk about the findings of a soon to be released report about the first phase of the initiative. The new paper is set to include interviews from stakeholders both in the public and private sector.

“Our team went out to 11 different agencies… to have interviews with the leadership of those agencies as well as business owners of some of the highest value data assets to understand what the data strategy is and what their needs are when it comes to data sharing,” Siddiqui told MobiHealthNews. “From that, we were able to get a good understanding for across all of these agencies about what are the broad opportunities for improvement and where could we come together to move the department forward. My hope for this report is to provide some nuance to the conversation around what it means to share data.”

Since sharing information has become more commonplace across departments the conversation is going one step further.

“Agencies even now are collaborating; you’ll see AHRQ and CDC are sharing data. People are frequently requesting data from CMS. There are robust data and research projects that are happening now at the department,” Siddiqui said. “What we really want to do is make sure that a lot of those projects and research questions get tied to policy and an action that the department can take. So helping to build that collaborative infrastructure is kind of where my focus is. Oftentimes … it is really hard to have insight into what a particular agency might be doing and how it could be relevant to other projects in the department. This initiative hopes to break down those silos and make sure that we are not duplicating the work across agencies, and we are learning from each other and building on the work of our colleagues.”

Creating the culture of sharing has meant a lot of “boots on the ground” type of work from Siddiqui and her team. Post initial cultural shift, she has been out talking to different departments in the agency about what an ideal data sharing culture and system would look like.

“Talking about barriers is an easy way out, but 'How do we change people’s mindsets and get them to collaborate in a more strategic way' is the harder thing to accomplish in an organization that is more than 80,000 individuals [and] that has been siloed over time, for some very good reasons in cases. That is the biggest challenge for us,” Siddiqui said.

But it isn’t just the government involved in this data collaboration; it is also the private sector. In fact HHS has frequently reached out to the private sector to help it tackle some of the most challenging problems.  In December HHS hosted a code-a-thon to address the opioid crisis. Innovators from across the country were invited to compete for one of three $10,000 prizes and contribute ideas towards solving the epidemic. Developers were encouraged to use the open data to help create their products.

As for the future, Siddiqui said her team is looking to help build a collaborative infrastructure that is sustainable.