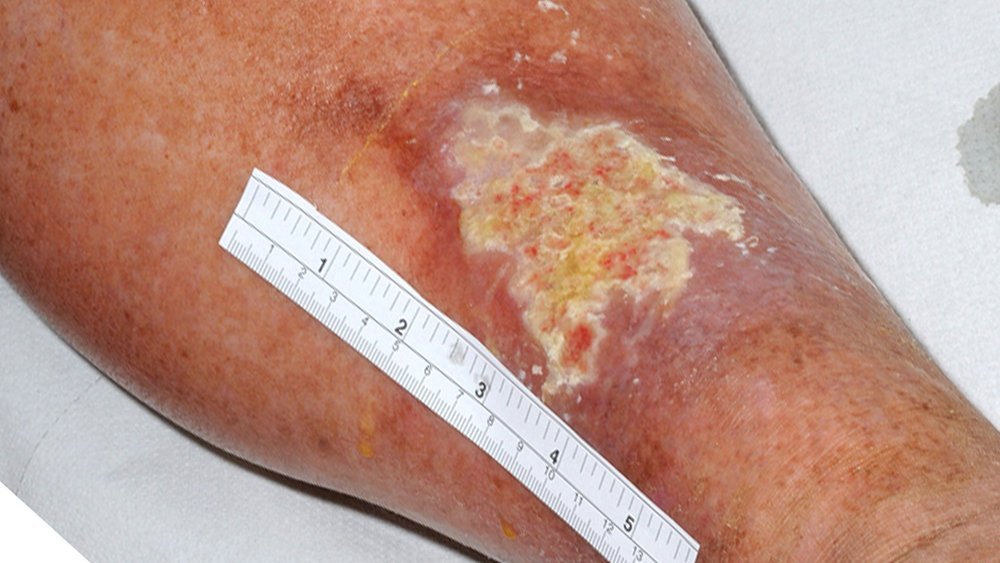 IT is estimated that annually the NHS treats over two million wounds at a cost of £5.3 billion and with tougher financial constraints being announced every year, there needs to be ongoing research to ensure the lack of finances doesn’t affect the quality of wound care available.

This was the topic of the opening lecture at the 3rd International Skin Integrity and Tissue Viability Conference hosted by the University of Huddersfield’s Institute of Skin Integrity and Infection Prevention (ISIaIP), in conjunction with the Journal of Wound Care.

The conference attracted 110 delegates from around the world and they listened to the former Head of Vascular Surgery at Bradford’s Royal Infirmary Professor Peter Vowden, as he gave the opening lecture entitled The Burden of Wound Care.

He argued that it was comparable to that of managing obesity, which in 2012/2013 was valued at £5 billion. “Clinical and economic benefits would accrue from improved systems of care and an increased awareness of the impact that wounds impose on patients and the NHS”, said Professor Vowden.

The attendees were also addressed on the contrasting wounds which specialists in Canada encounter with a lecture by Dr. Nicola Waters, Associate Professor at Canada’s Thompson Rivers University in Kamloops.

Her talk, Wound management and research in Canada: opportunities and challenges, considered wounds such as the injuries to the hands of bare-back horse riders and the injuries sustained in the attacks from grizzly bears.

Dr. Waters ended the talk by announcing that Thompson Rivers University had recently signed a Memorandum of Understanding with the University of Huddersfield that will open the doors for new research and exchange partnerships.

Also speaking at the conference was the University’s award-winning Lecturer/Consultation Dr. Leanne Atkin who spoke about Harm-free wound care and acknowledged the excellent progress in the treatment of pressure ulcers. However, she cautioned that more needs to be done to raise awareness of the treatment of leg ulcers because, if caught early enough, they could be wholly prevented.

Earlier this year, Dr. Atkin was awarded funding from the Urgo Foundation to launch a national campaign to ensure that such ailments no longer go unnoticed.

Visiting Professor Valerie Edward-Jones apprised the audience of several studies that have shown many chronic wounds are heavily colonised with a poly-microbial population, known as a biofilm. By reducing this and adding an application of an antimicrobial dressing, she confirmed that improved healing rates had been observed.

A lecture delivered by an expert in medical textiles from the University’s School of Art, Design and Architecture, Professor Parikshit Goswami, covered the value of interdisciplinary applied research and the developments in creating materials to reduce healthcare-associated infection.

The day’s additional talks included information on the safeguarding of patients with chronic wounds and understanding how virtual and augmented reality can develop skills for leg ulcer management.

Event organiser Karen Ousey, who is Professor of Skin Integrity and heads the University’s Institute of Skin Integrity and Infection Prevention (ISIaIP), said how well the conference had gone and that she was excited by the possibilities of global collaboration with Canada’s researchers and the future opportunities that will arise from their visit.