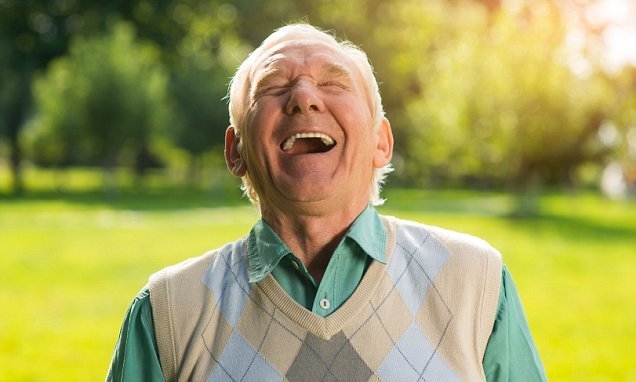 You are as young as you feel: People’s brains age slower if they see themselves as youthful, study finds

Feeling younger than you are may slow down the rate your brain ages, new research suggests.

People who feel younger than their years have greater volumes of grey matter in their brains, which is involved in hearing, emotions, decision making and self control.

They also have better memories, consider themselves healthier and are less likely to be depressed.

Study author Dr Jeanyung Chey, from Seoul National University, said: ‘We found that people who feel younger have the structural characteristics of a younger brain.’

Feeling old before your time may be due to a loss of grey matter making everyday tasks more challenging, according to the researchers. 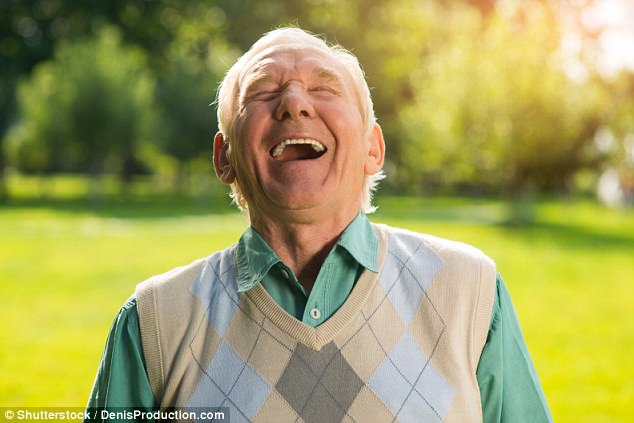 IS ALCOHOL OR CANNABIS WORSE FOR THE BRAIN?

Unlike booze, marijuana does not affect the size or integrity of white or grey matter in the brain, even after years of exposure, a study found.

The scientists add, however, research into cannabis’ mental effects are still very limited.

Lead author Rachel Thayer said: ‘Particularly with marijuana use, there is still so much that we don’t know about how it impacts the brain.’

In the US, 44 percent of those aged 12 or over have used cannabis at some point in their lives.

Although their findings appear positive, the researchers also add there is a long way to go before cannabis will likely be broadly legalised.

Many are still concerned as to how the class-C drug affects people of different ages, manages pain and causes addiction.

The researchers analysed the MRI brain scans of 68 healthy people aged between 59 and 84.

They asked the participants: ‘How old do you feel, compared to your real age?’

The participants were also tested on their memories to determine their cognitive function, as well as them self reporting their personality traits, any depressive symptoms and their perceived overall health.

Feeling should motivate people to change their lifestyles

Another theory behind why people who feel older have ageing brains is they may be less motivated to lead healthy lifestyles, leading to deteriorating cognitive health.

Dr Chey said: ‘If somebody feels older than their age, it could be sign for them to evaluate their lifestyle, habits and activities that could contribute to brain aging and take measures to better care for their brain health.’

The findings were published in the journal Frontiers in Aging Neuroscience.

Cerebrospinal fluid (CSF), which is found in the brain and spinal cord, changes its speed of movement in people older than their mid-20s, a study by Lancaster University found.

These movements are linked to breathing and heart rates, with CSF changes previously being associated with conditions such as multiple sclerosis and high blood pressure.

It is unclear if these CSF changes are associated with brain disorders that typically affect the elderly, such as dementia.

Previous research suggests the volume and weight of the brain begins to decline by around five per cent per decade when a person reaches 40 years old.

Previous: 5 Things You Should Always Do After A Workout
Next: Acadia Pharmaceuticals Announces FDA Approval of New Dosing Formulation and Strength for Nuplazid (pimavanserin)
Related posts
Pet Care News