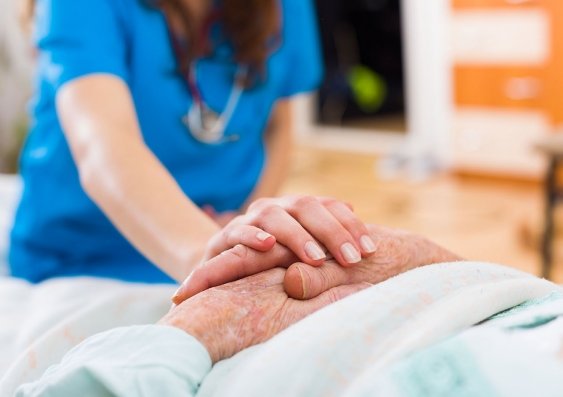 UNSW medical researchers are calling for restraint on the use of aggressive life-saving treatments for frail elderly patients at the end of their lives, saying the focus should instead be placed on making patients’ last days comfortable and dignified.

In a study led by UNSW Adjunct Associate Professor Magnolia Cardona and published in the Joint Commission Journal on Quality and Patient Safety, researchers reviewed the medical records of 733 admitted patients who received calls for medical emergency teams during hospitalisation. The median age was 68 years but a third of the patients were older than 80 years.

About 40 per cent of those 80-plus-were subjected to aggressive procedures such as intubation, intensive monitoring, intravenous medications, transplants, and painful resuscitation attempts.

Professor Cardona said that hospitals and emergency staff were offering invasive treatment when a close look at the patient’s history would suggest a gentler approach could be more appropriate.

She said these often-costly and aggressive treatments bring about unnecessary suffering for patients by admitting them to the ICU, and questioned the benefit to the patients, their families and the health system.

“Some risk factors such as a history of presenting to the emergency room or several hospital admissions in the past few months, as well as not-for-resuscitation orders are clearly linked with poor clinical prognosis and impending death,” A/Professor Cardona said.

“Such high-risk flags could be used as a guide to refrain from using the emergency team. If hospital staff were trained for earlier recognition of when death is inevitable, patients could be spared such aggressive treatments and allowed a less traumatic and more dignified end.”

A/Professor Cardona said patients or families can discuss their values and preferences before a health crisis takes place and before they lose ability to make choices.

“If patients put these in writing in an Advance Care Directive explaining how they wish to be cared for towards the end, clinicians will be better equipped to guide shared treatment decisions,” she said.

She added that there is also a need for patients and their families to recognise that requesting intensive interventions for elderly people going through the natural end-of-life is likely to introduce more pain and discomfort while unnecessarily prolonging the process of dying.

Half of the deaths in the study occurred within two days of the medical emergency call, while all patients with a not-for-resuscitation order died within thre months. A/Professor Cardona said this suggests the prognoses of the patients would have been somewhat predictable.

Tags: according, comforting, dying, elderly, Need, Not, Rescuing, study, to