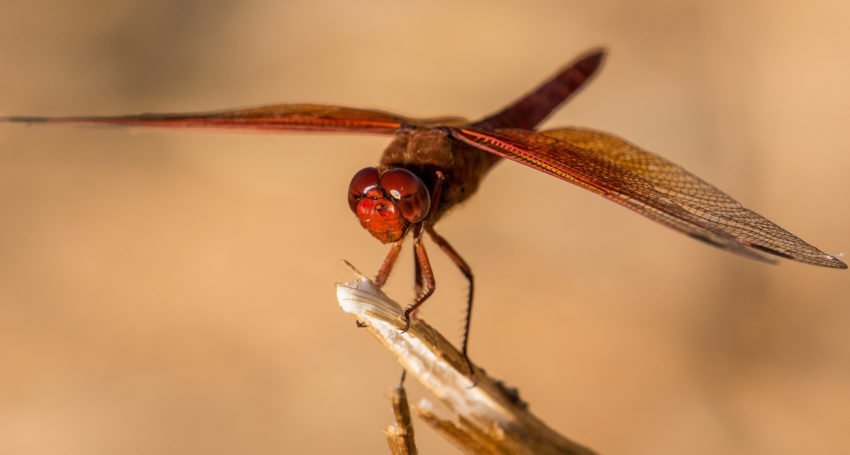 Cell biology researchers are partnering with nanotechnology experts in South Australia to fight post-surgery infection by creating implants based on dragonfly wings.

Working with leading surgeons and an Australian orthopaedic medical device company, researchers from the University of Adelaide and University of South Australia will use nano-modification technology to reduce the chance of infection after orthopaedic surgery.

The bacteria-busting qualities of the dragonfly were first identified by Australian researchers who observed bacteria being killed on the insects’ wings, characterised by tiny spikes – nanopillars – which are about one thousandth of the thickness of a human hair.

The researchers are carrying out a range of groundbreaking experiments to test whether mimicking the nano-patterns of the dragonfly wing on orthopaedic implants can kill harmful bacteria that cause infections.

The four-year, A$20 million project, co-funded by Global Orthopaedic Technology and the Innovation Manufacturing Cooperative Research Centre (IMCRC), could give scientists and clinicians a critical breakthrough in the global fight against antibiotic resistant bacteria. It is also intended to create new technologies and processes to benefit the wider manufacturing sector.

“There hasn’t been any improvement in orthopaedic infection rates for the past 15 years, costing not only hundreds of millions of dollars in additional surgery worldwide, but more trauma for patients needing extra recovery time after a second operation, which is often less successful and poses an even greater risk of infection,” he said.

Leading scientists from the two Adelaide-based institutions will combine their expertise to create titanium implants with the dragonfly wing surface while confirming their safety and testing their bacteria-killing properties in the University of Adelaide’s Centre for Orthopaedic and Trauma Research (COTR) and UniSA’s Musculoskeletal Biotest Facility.

“This research is a combination of cell biology and very clever nanomanufacturing techniques, driven by an unmet medical need,” he said.

UniSA Professor Krasimir Vasilev said the technology would improve the quality of life for millions of patients around the world.

“The project is also a great example of transdisciplinary collaboration between scientists, clinicians and industry, transforming healthcare, the manufacturing industry and the Australian economy,” he said.

IMCRC’s CEO and Managing Director David Chuter said the project would re-shape other sectors beyond the medical device industry.

“Due to the nature of the nano surface, which is independent of the chemistry and material properties of the substrate to which it is applied, the technology can potentially be used in other manufacturing processes across multiple industries, most notably the hospital supplies and equipment industry, the food industry, the marine industry, the building products industry, and the aeronautical industry.