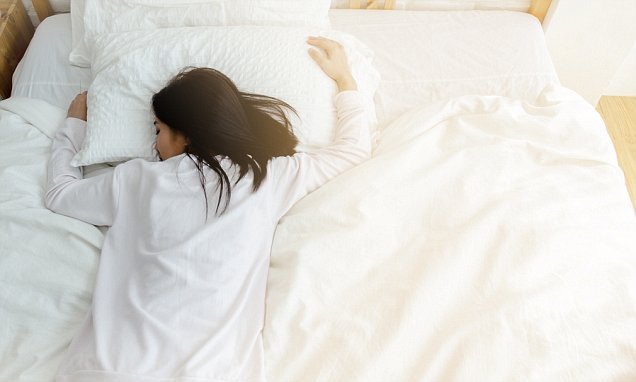 What’s the secret to a long, happy and healthy life? There’s no doubt that genes play a role, but scientists say that a mere 10 per cent of ageing is down to genetics.

The other 90 per cent, it seems, is down to lifestyle.

That’s good news, as it means we all have the potential to become super-agers — those lucky people between 80 and 100 years old who are apparently immune to the woes of old age, remaining just as sharp and active as those who are even decades younger. 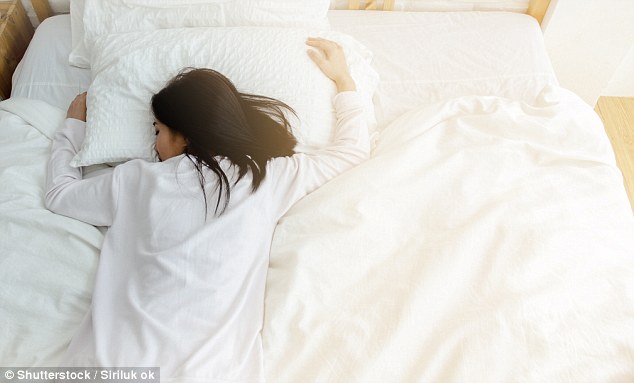 Pillow talk: Scientists say that just 10 per cent of ageing is down to genetics – rest is lifestyle

But how exactly can you age-proof your life? That’s what the Mail set out to discover, talking to top experts and looking at the latest research.

Today we look at the importance of sleep and a positive mental attitude — and Dr Max Pemberton reveals how you can think like a super-ager . . .

GET 40 WINKS TO KEEP YOUR BRAIN YOUNG

Sleep matters if you want to live a long and healthy life. It isn’t just important for replenishing energy levels: scientists increasingly believe it affects brain function in the long term, and influences our risk of brain conditions such as Parkinson’s disease or dementia.

The problem is that as we age, our sleep cycles shorten and our circadian or ‘body clock’ rhythms weaken. As a result, we find it harder to get enough sleep and even when we do sleep, we’re missing out on the refreshing deep sleep, so wake up feeling tired.

Tellingly, an ongoing U.S. study has found that super-agers get at least eight hours of sleep a night.

Sleep matters because it’s when the brain essentially undergoes a ‘massive clean-up’ and the cells repair and grow, explains Professor Chris Fox, a senior lecturer in old age psychiatry at the University of East Anglia.

‘The brain is processing and filing memories away from the day while we are asleep, and clearing away toxins. If these toxins are not cleared, this can lead to inflammation in the body. Although inflammation is generally a beneficial response to tissue damage or infection, when it is extensive or prolonged, it can harm healthy tissues and disrupt normal cellular function.

‘Research suggests that acute illnesses or injury — such as a hip fracture — that cause inflammation can accelerate dementia, and inflammation in the brain releases neurochemicals which can damage it,’ says Professor Fox, who is conducting a study into inflammatory markers in the brain and the risk of Alzheimer’s. 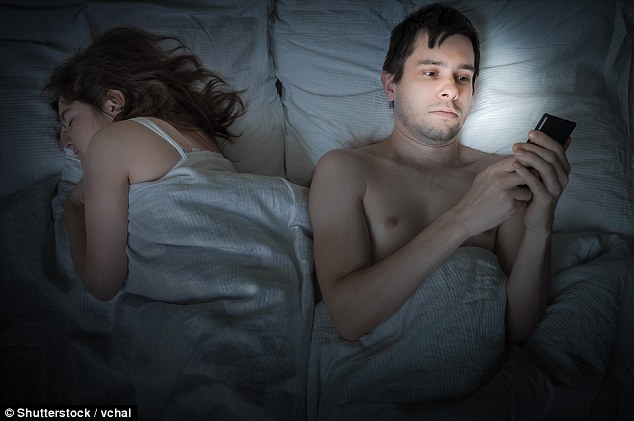 Put it away: We can boost our chances of longevity by getting eight hours of sleep a night

Sleep resets connections in the brain that are important for memory — eliminating weak connections between the brain cells and maintaining the strongest ones, adds Dr Alpar Lazar, a lecturer in dementia at the University of East Anglia.

‘Sleep has also been shown to facilitate the transfer of short-term memories into long-term stored memory,’ he says.

A study published in Sleep Medicine in 2015 by the University of Pisa found that poor sleep was linked with cognitive decline in people who already had mild cognitive impairment.

‘We know from studies that sleep impairments can be an early symptom of dementia and could also exacerbate its symptoms — but the flip side is that improving sleep could prevent the build-up of proteins in the brain and protect it from neurodegeneration [damage to brain cells],’ adds Dr Lazar. ‘Sleep may even slow down the progression of the disease — although these effects are yet to be proven in humans.’

There’s more and more emerging evidence that sleep may be a risk factor for dementia, confirms Dr Laura Phipps, spokesperson for the Alzheimer’s Research Trust.

‘People who have fragmented sleep and sleep conditions such as sleep apnoea [characterised by snoring and brief moments of waking throughout the night] are at higher risk.’

Lack of sleep may even trigger a build-up of proteins in the brain called amyloid, a hallmark of many forms of dementia.

But she suggests sleep is just one risk factor — ‘some people sleep all night like babies and still develop dementia’. 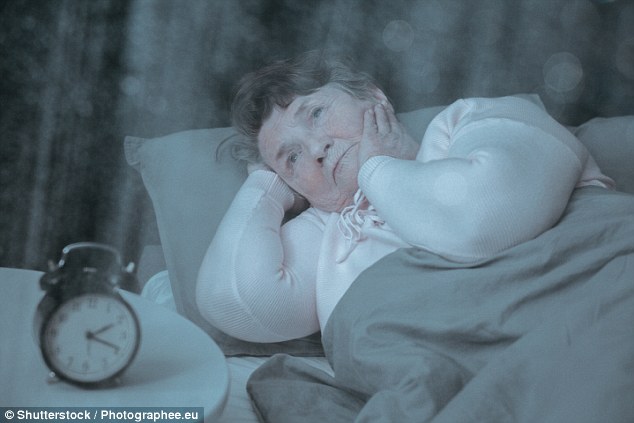 Rest: There’s more and more emerging evidence that sleep may be a risk factor for dementia

Dr Lazar is more emphatic: ‘There’s enough evidence out there now to suggest that in order to protect themselves against neurogenerative illnesses such as Alzheimer’s, people need to be sleep vigilant.’

As well as brain health, sleeping fewer hours at night also appears to affect the hormones that regulate hunger, increasing the appetite for calorie-dense foods and leading to weight gain — another factor that can reduce life expectancy.

‘Sufficient physical activity and healthy nutrition are commonly cited pillars of a healthy lifestyle — but sleep is important, too,’ says Dr Lazar.

WHY YOU AREN’T SNOOZING SO WELL

So how much sleep do we need to age-proof our bodies — and our minds?

Independent sleep expert and author Dr Neil Stanley says that one of the great myths about sleep is that we need less of it as we get older.

‘Actually, while our sleep patterns may change over time, the need for sleep becomes fixed in early adulthood and doesn’t greatly change across the life course,’ he says. ‘Essentially, an 85-year-old needs the same amount of sleep they did when they were 25.’

‘Anything between four and 11 hours is considered in the normal range, but seven to nine hours seems to work best for most people. However, you shouldn’t fixate on the number of hours, but whether you wake up refreshed and are alert during the day.’

It is true though, that as we age, ‘we get progressively less deep, restorative slow-wave sleep and thus our sleep becomes less refreshing — this occurs in men from their mid-30s and in women in their 50s,’ says Dr Stanley.

‘This lack of refreshing sleep — exacerbated as we age by sleep being compromised by pain, getting up for the loo and anxiety — leads people to believe they have a sleeping problem, whereas much of what they feel could be accounted for by these natural changes.

‘It’s natural for circadian rhythms to change and older people tend to want to go to bed earlier and get up earlier, but this is not a sleep “problem”,’ says Dr Stanley, author of a new book, How To Sleep Well; The Science Of Sleeping Smarter, Living Better And Being Productive.

However there are things you can do to improve the quality of the sleep you get.

– Establish a regular daily routine — this is vital for good sleep as we age, says Dr Ceri Sutherland, a consultant anaesthetist with a special interest in sleep based at the Nuffield Hospital, Newcastle.

‘As our body clock rhythms weaken, it’s important to have a good rhythm to your day to reinforce them — getting up at the same time, going out in the daylight, eating a big lunch at a set time, napping after lunch if needed (but no longer than 90 minutes — see previous page) and fitting in exercise before a light dinner,’ she says.

‘Avoid exercising too close to bedtime as it heats your body up and you need to cool down in order to sleep.’

Also, avoid blue light from screens on phones and computers at night as it can stop the pineal gland in the brain releasing the sleep hormone melatonin.

– Watch your caffeine/alcohol intake — ‘If people are suffering from insomnia I advise them to avoid caffeine completely as it’s a stimulant and can take 12 hours to metabolise,’ says Dr Sutherland, who also works at South Tees Hospitals NHS Trust.

‘The only way to find out if you are one of these is to experiment and see.’

Likewise, avoid alcohol — although some people say they like a tot of brandy to help them get off to sleep, and it does induce sleepiness initially, the by-products of alcohol are stimulants and will keep you awake.

‘And don’t eat within two to three hours of bedtime as digestion can cause gastric reflux which can keep you awake.’

– No drinking in the bedroom. Dr Sutherland says the bedroom should be reserved purely for sleep or sex. ‘Don’t even have a cup of tea in bed, as you need to associate your bed with just sleeping.’

– Cover the clock up — if you wake up at night and look at the clock this will cause you stress about getting back to sleep and your body can develop a habit of waking up at that time,’ she says.

– Try cognitive behavioural therapy — a form of talking therapy, which teaches coping skills. It can be effective in up to 80 per cent of people who have a sleep problem, says Dr Sutherland.