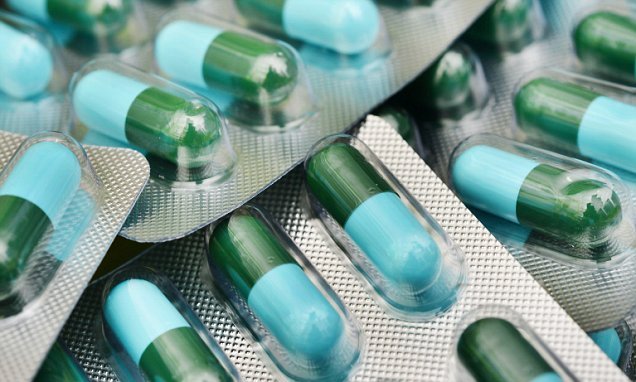 Home » Health News » Could taking 4 antibiotics at once tackle superbugs?

Could taking 4 or 5 antibiotics at once be the answer to tackling superbugs?

Could taking 4 or 5 antibiotics at once be the answer to tackling superbugs? Scientists claim they have uncovered a ‘promising’ new route of treatment

Giving patients a combination of four or five antibiotics may be the best way of tackling killer superbugs, researchers believe.

For years, scientists have warned taking more than one of the drugs at the same time would prove useless in combating bacterial infections.

But a new study debunks the theory and offers hope of ‘promising’ new route in the face of the ever-growing threat of antibiotic resistance.

Biologists at the University of California, Los Angeles, who made the discovery, say combinations will work if the drugs target bacteria in different ways.

Britain’s chief medical officer, Dame Sally Davies has previously warned that the threat of antibiotic resistance is as severe as terrorism and global warming. 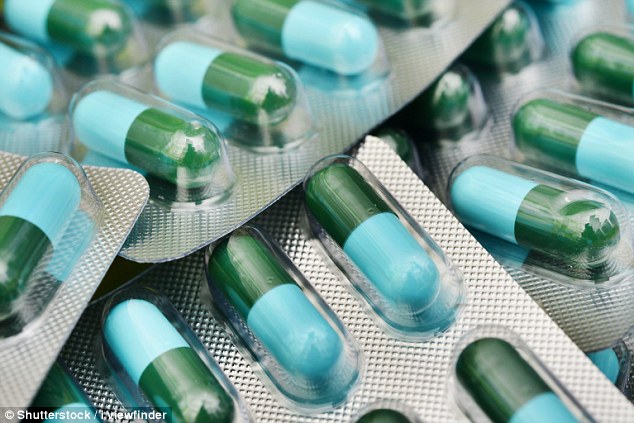 For years, scientists have warned taking more than one antibiotic at the same time would prove useless in combating bacterial infections

The UCLA team assessed eight antibiotics. They stumbled across 8,119 combinations of four or five antibiotics that, when taken together, performed better than expected.

‘We shouldn’t limit ourselves to just single drugs or two-drug combinations in our medical toolbox.

‘We expect several of these combinations, or more, will work much better than existing antibiotics.’

The prevailing theory is the incremental benefits of combining three or more drugs would be too small to matter.

While fears have also been raised that the interactions among the drugs would cause their benefits to cancel one another out.

But the new study, published in the journal npj Systems Biology and Applications, challenges the theory.

In laboratory tests, Dr Yeh and colleagues analysed how every possible four and five-drug combinations worked against E. coli.

WHAT IS ANTIBIOTIC RESISTANCE?

Antibiotics have been doled out unnecessarily by GPs and hospital staff for decades, fueling once harmless bacteria to become superbugs.

The World Health Organization (WHO) has previously warned if nothing is done the world is heading for a ‘post-antibiotic’ era.

It claimed common infections, such as chlamydia, will become killers without immediate solutions to the growing crisis.

Bacteria can become drug resistant when people take incorrect doses of antibiotics or if they are given out unnecessarily.

Chief medical officer Dame Sally Davies claimed in 2016 that the threat of antibiotic resistance is as severe as terrorism.

Figures estimate that superbugs will kill 10 million people each year by 2050, with patients succumbing to once harmless bugs.

Around 700,000 people already die yearly due to drug-resistant infections including tuberculosis (TB), HIV and malaria across the world.

Concerns have repeatedly been raised that medicine will be taken back to the ‘dark ages’ if antibiotics are rendered ineffective in the coming years.

In addition to existing drugs becoming less effective, there have only been one or two new antibiotics developed in the last 30 years.

In September, the WHO warned antibiotics are ‘running out’ as a report found a ‘serious lack’ of new drugs in the development pipeline.

Without antibiotics, C-sections, cancer treatments and hip replacements will become incredibly ‘risky’, it was said at the time.

A total of 18,278 combinations were tested in total against the bacteria, based on varying dosages of each drug – which work in different ways.

They expected some combinations would be effective at killing the bug, but were startled by how many potent combinations they found.

For every combination they tested, the researchers first predicted how effective they thought it would be in stopping the growth of E. coli.

Among the four-drug combinations, there were 1,676 groupings that performed better than they expected in the laboratory trial.

And among the five-drug combinations, 6,443 groupings proved to be more effective than Dr Yeh and her team expected.

He said: ‘I was blown away by how many effective combinations there are as we increased the number of drugs.

‘People may think they know how drug combinations will interact, but they really don’t.’

Professor Savage suggested the drug combinations were effective, at least partly, because they have different ways of targeting E. coli.

He said: ‘Some drugs attack the cell walls, others attack the DNA inside. It’s like attacking a castle or fortress.

‘Combining different methods of attacking may be more effective than just a single approach.’

The researchers have now warned they are years away from having the combinations thoroughly evaluated as possible treatments in humans.

Dr Michael Kurilla, director of the Division of Clinical Innovation at the National Institutes of Health, praised the discovery.

He said the ability to more ‘judiciously’ use combinations of existing antibiotics that are losing potency is welcome.

Dr Kurilla warned the emergence of antibiotic resistance is threatening to ‘turn back health care to the pre-antibiotic era’.

Previous: Teenagers who smoke and drink might suffer from stiffening of arteries: Study
Next: Children born through IVF may have higher risk of hypertension: By age 16, premature vascular aging persists in apparently healthy adolescents
Related posts
Pet Care News