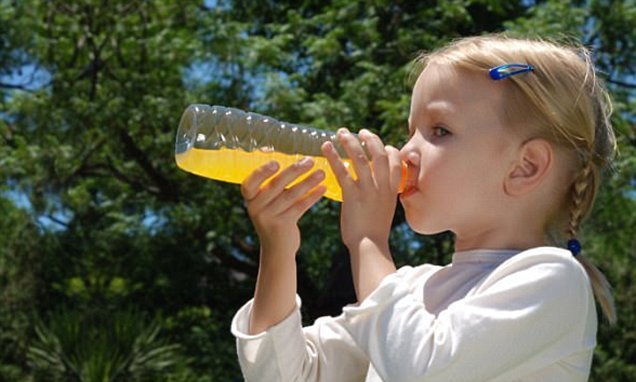 Children in the UK consume more energy drinks than anywhere else in Europe, warns Public Health Minister, as he reveals he would never let his offspring consume them

Children in the UK consume more energy drinks than anywhere else in Europe, according to the Public Health Minister Steve Brine.

Nearly 70 per cent of children aged 10-to-17 in the UK consume energy drinks, with such youngsters having around 50 per cent more than the EU average, a recent report found.

Speaking before the Science and Technology committee, Mr Brine added he does not allow his own children to consume energy drinks.

The drinks, which have been linked to headaches, abdominal pain and insomnia, can contain 160mg of caffeine, despite 105mg being the safe daily limit for 11 year olds.

Professor Steven Lipshultz, pediatric cardiologist at the Children’s Hospital of Michigan, Detroit, previously said a 10-year-old could get caffeine poisoning after consuming 80mg of caffeine, while a 12-year-old may suffer symptoms, including hallucinations and convulsions, after 100mg.

Sales of the energy drinks in the UK increased by 185 per cent between 2006 and 2015, making the market worth more than £2 billion. 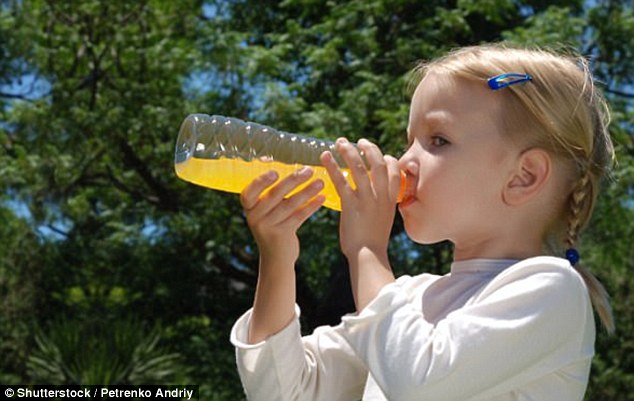 WHAT ARE THE SIDE EFFECTS OF ENERGY DRINKS?

More than half of young people experience side effects from energy drinks, research suggested in January 2018.

Some 55 per cent of those aged between 12 and 24 years old suffer everything from vomiting and chest pains to even seizures from the drinks, despite most consuming less than the recommended one-to-two beverages a day, a study found.

As well as the drinks’ alarmingly high caffeine levels, the researchers believe consuming them with alcohol or during exercise makes them even more dangerous, and urge for them to be banned for young children.

The scientists from, the University of Waterloo, Ontario, asked 2,055 young people about their consumption of energy drinks.

Results reveal 24.7 per cent of youngsters have experienced a fast heart rate, while 24.1 per cent have struggled to sleep, due to energy drink consumption.

Some 18.3 per cent have suffered headaches due to the drinks, while 5.1 per cent report having experienced nausea, vomiting or diarrhoea.

A further five per cent have sought medical attention due to their symptoms and 3.6 per cent report experiencing chest pains.

Alarmingly, 0.2 per cent have even suffered seizures after drinking the beverages.

Of those who have suffered symptoms, the ‘vast majority’ consumed less than one-to-two energy drinks a day.

The findings were published in the Canadian Medical Association Journal.

‘I don’t allow my children to drink high energy drinks’

‘I don’t allow my children to drink high energy drinks.’

‘There maybe less caffeine in a standard 200ml can than in a cup of coffee.

‘But we know in many cases energy drinks are being sold in much bigger cans, 500ml for example, and they can contain as much as 160 milligrams of caffeine.

‘I’m not a clinician and I’m certainly not a scientist but it can mean that children are taking in much more caffeine than if they were drinking a cup of coffee for instance.’

According to NHS Choices, one mug of instant coffee has around 100mg of caffeine.

Mr Brine added energy drinks are much more ‘quaffable’ to children than other caffeine-containing drinks, such as tea or coffee.

‘Consumption levels are way above the European average’

Mr Brine claims health officials have been contacted by parents and teachers who are worried about children’s energy drink consumption, he said.

He said: ‘We are hearing strong calls from parents, from health professionals, from teachers, from retailers, from MPs across the political spectrum for action on high caffeine energy drinks.

‘Parents, and I count myself among them, and those who work with children and teachers are concerned about energy drink consumption and children’s health and their behaviour.

‘We know we see consumption levels way above the European average.’ 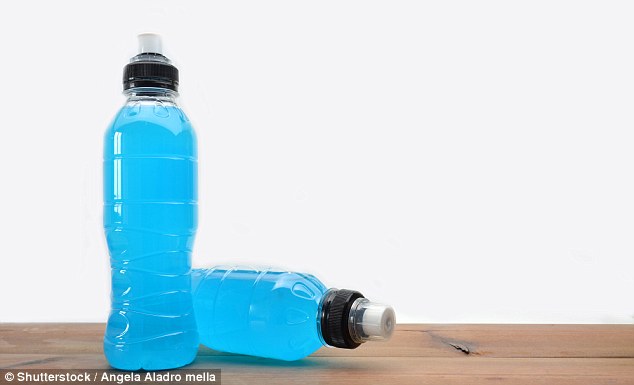 Energy drinks have been linked to headaches, abdominal pain and insomnia (stock)

The Government’s second chapter of its childhood obesity plan, published last month, set out how officials intend to consult on a ban on children being able to buy energy drinks.

The plan explains how health officials are ‘concerned’ about the impact energy drinks are having on children’s caffeine and sugar intakes.

Mr Brine praised retailers who have already voluntarily introduced a ban on sales to children.

Jenny Oldroyd, from the Department of Health and Social Care, added such drinks often contain high amounts of sugar to compensate for the bitter taste of the caffeine.

She said: ‘Our 10 to 14 year olds in this country are more likely than our 15 to 18 year olds to be chronic consumers – so four to five cans a week.

‘And around a quarter of adolescents are consuming more than three energy drinks in one sitting, so its that high level of consumption that concerns us.’