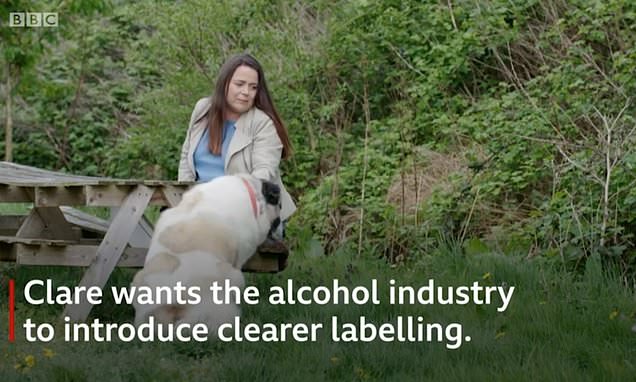 Alcohol industry ‘is fueling unhealthy drinking habits’ by failing to update unit guidelines on its wine, beer and spirits THREE YEARS after they were released

The alcohol industry has been accused of fueling unhealthy drinking habits by failing to communicate the risks to the public.

The self-regulating industry has not updated health information on the packaging of wine, beer and spirits three years after new guidelines were released, a BBC investigation revealed.

The UK’s chief medical officers lowered safe drinking limits from 28 units a week for men and 21 for women to just 14 for both sexes in 2016.

With no official regulations on what health information alcoholic products should carry, officers urged the industry to update its packaging information by September this year.

But a BBC Panorama investigation found just 14 out of 100 alcoholic products carry the updated guidelines.

Scroll down for video 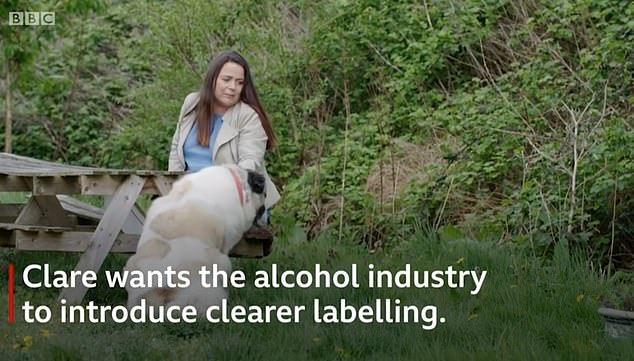 Clare Hutton (pictured) would drink several glasses of wine a day until she developed liver failure. Now recovered, she wants the alcohol industry to better communicate the risks

Katharine Severi, of the Institute of Alcohol Studies, told the BBC: ‘We believe consumers should have information about the chief medical officers’ low risk drinking guidelines.

‘It’s not acceptable to be displaying the old guidance on products because they could inadvertently be putting consumers at greater risk.

‘I think this self-regulatory system is failing.’

Working mother Clare Hutton admits she used to drink at the end of every day to help her unwind, with her being on her fourth glass of wine by the time her sons were in bed.

The then 39-year-old got the wake-up call she needed when she developed liver failure after being left bloated and in such severe pain she could not move.

Doctors even told her husband she would have had just 10 days left to live had she not gone to A&E.

Mrs Hutton, who has not touched ‘one drop’ of alcohol since recovering, claims she would have ‘thought twice’ about her drinking if the dangers were mentioned on the products’ packaging.

Adrian Chiles, who used to present The One Show and Daybreak with Christine Lampard, features on the Panorama show.

He admits he used to be a heavy drinker and agrees the alcohol industry has a responsibility to communicate the risks.

Health professionals and campaign groups are calling on tough mandatory regulations around what the alcohol industry puts on its labels.

Professor Sir Ian Gilmore, a liver specialist at the Royal Liverpool Hospital, believes the Government should do more to ensure the alcohol industry does not give out biased advice.

The Department of Health claims it is working with the industry to ‘hold them to account’.

John Timothy, chief executive of alcohol industry watchdog The Portman Group, added conversations are ongoing to discuss how updated guidance can be communicated to the public.

HOW MUCH ALCOHOL IS TOO MUCH?

The UK’s chief medical officers advise men and women not to drink more than 14 units a week on a regular basis in order to stay healthy.

Excessive alcohol consumption has been linked to high blood pressure, depression and even cancer.

Adults who drink up to 14 units a week should spread them out, rather than consuming them all in one go.

One unit of alcohol is the equivalent of:

Tags: Alcohol, failing, Guidelines, industry, Is, it's, on, products, to, Update: