Around one in seven cases of the disease were directly caused by air pollution around the world in 2016 – about 3.2million cases in total.

Researchers say the link is ‘significant’ even for low levels of air pollution which are considered to be safe. 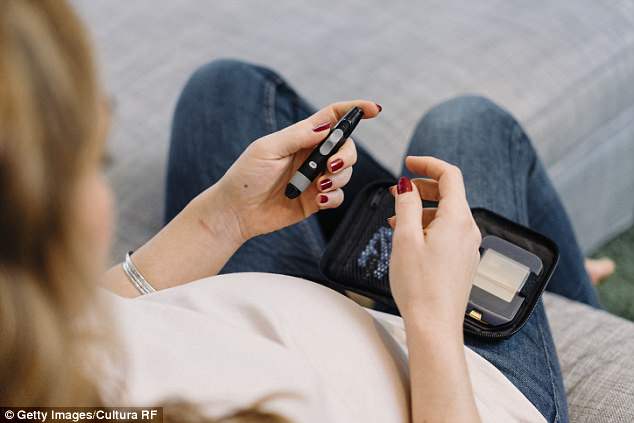 The study is the first to estimate the number of diabetes cases caused by pollution globally.

Although type 2 diabetes is mainly thought to be caused by obesity, several recent studies have linked it to air pollution.

Experts believe tiny particles in the air reduce the body’s ability to respond to the hormone insulin, known as ‘insulin resistance’.

This causes the glucose levels in the blood to increase which can lead to type 2 diabetes.

Researchers from the Washington University School of Medicine in St Louis, Missouri, looked at data from 1.7million US veterans who were followed for eight and a half years.

They found the risk of developing type 2 diabetes went up 10 per cent for every 10 microgram per cubic metre increase in fine particulate matter in the air.

The study, published in the journal Lancet Planetary Health, also estimated 8.2million years of healthy life were lost around the world in 2016 due to pollution-linked diabetes.

Dr Ziyad Al-Aly, from Washington University, said: ‘Our research shows a significant link between air pollution and diabetes globally. We found an increased risk, even at low levels of air pollution currently considered safe by the US Environmental Protection Agency and the World Health Organisation.

‘Evidence shows that current levels are still not sufficiently safe and need to be tightened.’

The findings are particularly worrying as many areas in the UK have very high levels of air pollution which breach safe limits. Figures from the World Health Organisation last month showed 30 towns and cities have levels of fine particulate matter above the recommended limit of 10 micrograms per cubic metre.

Almost 3.7million Britons have been diagnosed with diabetes and 90 per cent have type 2.

Previous: Low B-12 and folate levels in mature adults ‘of concern’
Next: Your body on sneezing
Related posts
Pet Care News