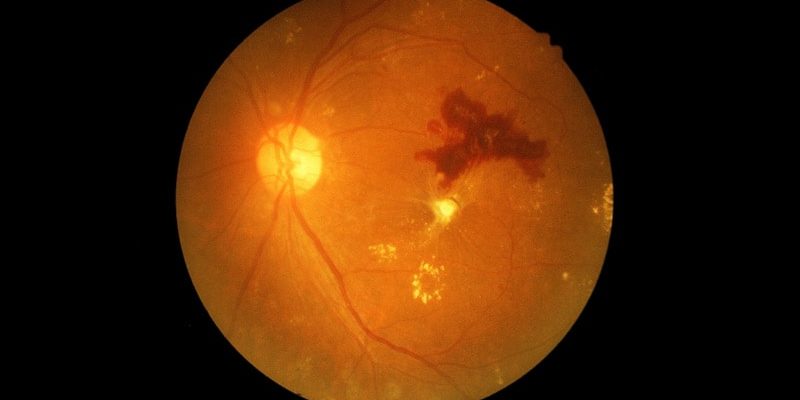 At a routine doctor’s visit, a member of the clinic staff takes digital pictures of a patient’s retinas.

Within seconds, an artificial intelligence (AI) algorithm determines if the patient has diabetic retinopathy, a complication of diabetes that can lead to blindness.

If they do, the physician refers the patient to an eye care specialist for further evaluation and treatment.

This scene already is playing out in primary care clinics around the United States and in other countries, and it may become more common.

Healthcare systems intend to expand their use of AI to screen for diabetic retinopathy in 2023, and companies are developing more algorithms for this purpose.

In May, OSF HealthCare, a network of medical facilities headquartered in Peoria, Illinois, piloted an AI system to diagnose diabetic retinopathy, a condition that affects an estimated 4 million Americans. Next year, the healthcare system plans to expand the technology to 34 locations.

Meanwhile, the Food and Drug Administration in November approved a new AI system to diagnose diabetic retinopathy, making AEYE-DS from AEYE Health the third such product on the market.

Roomasa Channa, MD, a clinician-scientist with the McPherson Eye Research Institute at the University of Wisconsin-Madison, has studied the use of AI in teenage patients with diabetes. She said she soon plans to use AI screening in federally qualified health centers to screen adults with diabetes.

Channa welcomed the latest regulatory clearance and said she hopes another FDA cleared algorithm product will improve accessibility to the technology.

“It is good to see more players in the field: We need this technology to be readily available and affordable,” she told Medscape Medical News.

Responses from physicians to this type of AI have been mixed. Some worry, for instance, that the algorithms might be programmed with unrecognized biases that could lead them to less accurately interpret images from certain patient groups. Researchers should be on the lookout out for this possibility, Channa said.

“We need more real-world studies in different settings,” she said. “We also need to keep collecting data on AI performance post-approval,” like investigators do for newly approved drugs.

The first AI system to diagnose diabetic retinopathy, IDx-DR, was approved by the FDA in 2018 and rolled out in retail clinics soon after. A second system, EyeArt, gained clearance by the agency in 2020.

Adding AI algorithms into primary care practice has changed how patients with diabetes can receive a screening. It also has introduced a new way for certain medical conditions to be diagnosed in primary care.

The American Medical Association in 2021 released a new Current Procedural Terminology (CPT) code to allow clinicians to bill government and private insurers for use of these services. CPT code 92229 refers to imaging of the retina to detect disease with an automated analysis and report at the point of care.

Healthcare clinics in underserved areas often do not have eye care providers onsite to conduct recommended screening exams, so AI could help patients receive screening who otherwise would not get it, Channa said.

Channa and her colleagues successfully used one AI system, IDx-DR, to screen children at a pediatric diabetes clinic. Over a year, screening rates jumped from 49% to 95%.

This technology “can potentially help us in decreasing disparities in care and focusing our efforts on patients with the most severe diseases,” she said.

Without an AI option, recommended eye screening for patients with diabetes often falls through the cracks, according to Mark Meeker, DO, vice president of community medicine at OSF. Primary care physicians may refer patients elsewhere for their annual retinopathy screening exam.

“That often doesn’t get completed because it’s another trip, another appointment, another time away from work,” Meeker said.

All patients with diabetes should have their eyes screened each year, but between one- to two-thirds of patients nationwide do not, he said.

A member of the clinic staff takes digital pictures of the retina, almost always through undilated pupils.

If the result is normal, the patient is scheduled for another follow-up screening in a year. If early signs of diabetic retinopathy are spotted, patients are referred to an eye care specialist.

After 7 months of the pilot program, OSF had screened about 350 patients. Approximately 20% had diabetic retinopathy, according to OSF.

OSF has about 66,000 patients with diabetes. About two-thirds do not receive annual screening, Meeker estimated.

“This can have a huge impact on the quality of life in the coming years for our diabetic patients,” he said. “It’s pretty profound.”

For primary care clinicians, however, AI screening for retinopathy is an opportunity to emphasize how important it is to manage the disease and what its consequences can be.

AI screening is “another tool for us to use to get patients more engaged in their own care,” Meeker said. “This is probably the biggest advance in AI affecting our day-to-day interaction with patients that we’ve seen in primary care.”

A Business Opportunity, Too?

The IDx-DR platform OSF is using in its clinics is owned by the company Digital Diagnostics. OSF Ventures, an investment arm of OSF HealthCare, has invested in the company, the healthcare system announced in August. (Another investor in Digital Diagnostics, KKR, is the majority owner of Internet Brands, Medscape’s parent company.)

Other companies have had their products used in practice. In 2019, for example, Eyenuk described how its EyeArt system had been used to screen thousands of patients in Germany and in Italy.

And in 2021, Eyenuk reported that is customer base in the United States had expanded to more than 25 locations. The company credited a Centers for Medicare & Medicaid Services plan to cover CPT code 92229 with supporting this growth.

Zack Dvey-Aharon, PhD, the CEO of AEYE Health, said the company was motivated to enter this space when regulators decided that AI could be used to diagnose a condition — not just as a tool to help doctors arrive at a diagnosis.

With proper training, a person can diagnose diabetic retinopathy relatively easily if the image of the retina is of excellent quality.

If image is dark or blurry, however, it’s a different story.

AI has its advantages in this scenario, according to Dvey-Aharon.

“For AI, those darker, more blurry images are actually highly readable with fantastic accuracy,” he said.

The possibilities of AI in analyzing retinal images are vast.

New research shows that AI may be able to detect Alzheimer’s disease or predict a person’s risk for heart attack and stroke based on snapshots of the retina.

Beyond retinas, interpretation of electrocardiograms (ECGs) may be another frontier for AI in primary care. In one trial, an AI-enhanced ECG reading facilitated early diagnosis of low ejection fraction, and some doctors now receive these reports routinely, Topol wrote.

The potential value of AI in medicine “extends to virtually all forms of medical images that have been assessed to date,” Topol wrote on his “Ground Truths” substack.

Although much of the focus has been on what AI can see, researchers also are exploring what AI can do with what it hears. Early research suggests that algorithms may be able to diagnose disease by analyzing patients’ voices. 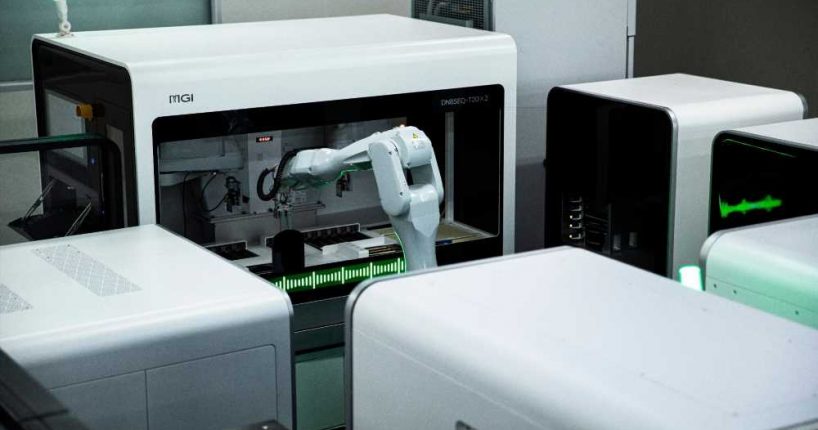