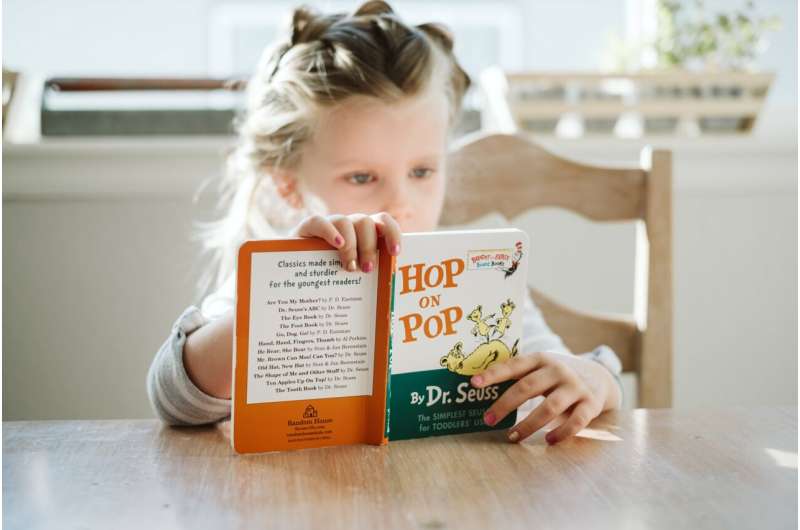 What comes to mind when you think of someone who stutters? Is that person male or female? Are they weak and nervous, or powerful and heroic? If you have a choice, would you like to marry them, introduce them to your friends or recommend them for a job?

Your attitudes toward people who stutter may depend partly on what you think causes stuttering. If you think that stuttering is due to psychological causes, such as being nervous, research suggests that you are more likely to distance yourself from those who stutter and view them more negatively.

I am a person who stutters and a doctoral candidate in speech, language and hearing sciences. Growing up, I tried my best to hide my stuttering and to pass as fluent.

I avoided sounds and words that I might stutter on. I avoided ordering the dishes I wanted to eat at the school cafeteria to avoid stuttering. I asked my teacher to not call on me in class because I didn’t want to deal with the laughter from my classmates when they heard my stutter. Those experiences motivated me to investigate stuttering so that I can help people who stutter, including myself, to better cope with the condition.

In writing about what the scientific field has to say about stuttering and its biological causes, I hope I can reduce the stigma and misunderstanding surrounding the disorder.

The experience of stuttering

The most recognizable characteristics of developmental stuttering are the repetitions, prolongations and blocks in people’s speech. People who stutter may also experience muscle tension during speech and exhibit secondary behaviors, such as tics and grimaces.

People who stutter often react to their experience of stuttering with anxiety, frustration and embarrassment. In addition, people often anticipate that they may stutter and—as I did—actively avoid stuttering by avoiding sounds or situations. Some may also develop unhelpful thoughts and beliefs about themselves and their ability to communicate with others, such as that they won’t succeed in life or that they cannot talk properly.

The exact cause of stuttering is still unknown. However, it’s widely agreed upon that stuttering is a complex neurodevelopmental disorder.

Neuroimaging studies from both children and adults who stutter point to a malfunction in areas of the brain responsible for timing of movements and skilled motor control—such as speech production—called the cortico-basal ganglia-thalamocortical loop. Yet researchers also know that brain development can be shaped by experience.

About 1 in 100 people across the world stutter. About 5% to 8% of preschool age children develop stuttering. The majority of children who stutter—about 80%—spontaneously recover from it with or without intervention before around 7 years of age, while the remaining 20% experience stuttering into adulthood.

Researchers have found similar neuroanatomical deficits in children ages 9 to 12 years old who continue to stutter and those who recover from it. But those who continue to stutter as adults are more likely to be male and have a family member who also stutters. When stuttering begins, the boy-to-girl ratio is about 1 to 1. Girls who stutter are more likely to recover than boys; as a result, the male-to-female ratio among adults who stutter is about 4 to 1.

People whose stuttering persists also tend to have poorer performance on at least one standardized assessment in pronouncing or manipulating sounds in words—such as saying a word without its initial sound.

Researchers are still exploring the factors that predict stuttering persistence versus recovery.

A common misconception about stuttering is that it’s caused by anxiety. After all, you may notice that someone who stutters may not always stutter in the same way. Adults who stutter do not stutter when they are talking to themselves in private. They also self-report that they stutter more when the pressure is high, when the listeners are impolite or when talking on the phone.

But the causal factors are often more complex than you might think. For one, observing that two things are associated, like stuttering and anxiety, does not mean that one causes the other.

Researchers usually do not know which variable comes first, the stuttering or the anxiety, nor whether alternative explanations for the association exist. Also, many factors are usually involved in the development of any complex neurodevelopmental disorder. Teasing these factors apart and learning how they relate to each other is extremely challenging and will take many years of research.

Because stuttering primarily involves disfluent speech, it’s likely that neural deficits in the brain regions responsible for speech production are at the root of the disorder. Yet research points to a set of conditions, such as linguistic and emotional factors, that could maintain stuttering over a lifetime or increase stuttering in certain situations.

Research shows that stuttering is usually considered an undesirable characteristic and that people who stutter are discriminated against and often socially devalued. Examples include being fired from a job, being patronized, being taken less seriously and being avoided.

At the same time, Biden’s speech has been put under greater scrutiny and has invited insensitive critiques, such as that his “brain just broke.” Politics aside, the rhetoric on stuttering could further stigmatize the disorder and give others permission to mock one’s speech differences.

There currently isn’t an effective cure for stuttered speech when it persists into adulthood. In a large-scale survey study, fewer than 2% of adults who grew up with a stutter indicated that they no longer self-identify as someone who stutters. Stuttering in adulthood, therefore, is not a sign of moral failure that someone is not working hard enough or with enough self-discipline to be fluent.

Yet, about 30% of adults who stutter said that they experienced recovery, even though around 10% of them relapsed. Recovery was defined not only as reduced stuttering but also as having greater control of how they stutter, saying what they intended to say as well as greater acceptance of stuttering, decreased avoidance and less negative emotions toward stuttering.

Ironically, in an environment in which people were allowed to stutter without judgment—such as at self-help conferences—people who stutter reported that their speech became easier, they experienced less anxiety when talking, and they felt more outgoing and friendlier toward others.