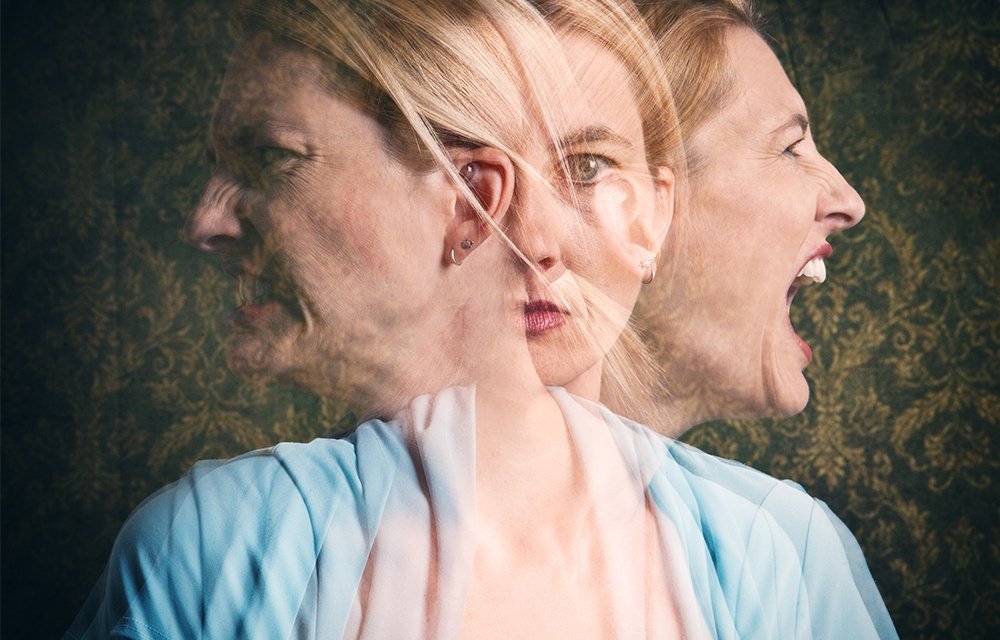 Bipolar disorder is already confusing for those who suffer from it. The disease has no boundaries, affecting all spheres of a patient’s life—home, work, social, and more. Its extreme shifts in moods can cause a patient to act irrationally, react unpredictably, experience impaired judgment, and at other times, feel so down that they can’t get out of bed, reports the National Alliance on Mental Illness (NAMI).

Approximately 5.7 million adult Americans are affected by bipolar disorder every year, according to the National Institute of Mental Health (NIMH). And while the mental illness is equally common in women and men, research from the Journal of Clinical Psychiatry shows that about three times as many women as men experience four or more mood episodes of bipolar disorder in a year.

RELATED: Writing About Your Feelings Can Help Reduce Stress And Anxiety, Studies Say

A study from Psychiatry (Edgmont) shows that 69 percent of patients with bipolar disorder are initially misdiagnosed, frequently because patients seek treatment when they’re having a depressive episode. So the challenge for health-care providers is to try to rule out whether the depression is a case of bipolar disorder or of actual clinical depression.

Claudia Baldassano, M.D., director of the Bipolar Disorder Clinic at University of Pennsylvania Medical School, says the ultimate goal is to discern whether a patient has had a period of time where they’ve felt what Baldassano calls “too good,” which is a sign of a manic high that involves being so emotionally elevated that the patient’s movement, speech, and activity is loaded with energy and confidence (or lack of awareness). This intense mood (or mania) is the complete opposite of depression, and often acts as a cue for therapists that the patient might have bipolar disorder.

RELATED: How To Help Someone Who Suffers From Anxiety And Depression

Docs have to start somewhere to try to figure out if a patient has experienced—or is experiencing—“a pathological state of mood elevation,” meaning that for a couple of days, they didn’t just “feel better than the bad” that they experienced during depression, Baldassano says, they felt “a notch above” or even “euphoric.” And during this state of mania, patients can quickly go from feeling confident and energetic to agitated and “touchy,” according to the NIMH. So, if a patient answers “yes,” therapists have to dig deeper to find out if this high was situational, say, a day after passing a big test, or if it was, in fact, mania.

If a patient’s answer to this initial question points toward periods of mania or hypomania rather than just feeling good, therapists will proceed by asking questions that draw on manic or hypomanic symptoms of bipolar disorder, such as decreased need for sleep without feeling fatigue, increased optimism and self-confidence, reckless behaviour, and more.

If a patient isn’t sleeping or is sleeping fewer hours than usual yet feels refreshed or energized, it might be a sign that they’re bipolar, says Elizabeth Cohen, Ph.D., cognitive behavioural therapist. Changes in sleep patterns overall can be a very important signal that an episode may be starting, says Hilary P. Blumberg, M.D., director of the Mood Disorders Research Program at Yale School of Medicine. So, it’s also imperative that medical providers ask this question so they can better track if any persistent sleep abnormalities eventually lead to a switch in mood elevation or from a depressive to a manic or hypomanic episode.

By asking this question, therapists are trying to determine if a patient has another symptom of bipolar disorder: racing thoughts. But since racing thoughts can be attributed to anxiety and OCD, Baldassano says she avoids using that terminology. When in a manic or hypomanic state, patients with bipolar disorder will commonly feel that it’s hard to keep up with all the thoughts that are continuing on loop in their mind and, especially in a manic state, are completely unaware that it’s happening. “Some people with hypomania don’t have racing thoughts,” Baldassano explains. “Their thoughts are really deep, crisp, and clear. So it’s important to ask that as well to capture the more mild cases.”

During a manic episode, a bipolar patient might also talk very quickly and jump from one idea to another—symptoms that are frequently found in those with anxiety as well. So, to figure out if this “pressured speech,” in Cohen’s words, is truly related to bipolar disorder, therapists might ask themselves similar questions such as, “Is it hard to follow what they’re saying?” or “Does it feel like they’re talking a mile a minute?” Cohen explains. Another key sign of bipolar disorder is a lack of insight, meaning when in a manic episode the patient doesn’t usually realise that they’re acting, speaking, or thinking differently. For example, anxious patients might say something like “Wow I’m really all over the place,” while those with bipolar disorder likely won’t have this moment of insight and will continue talking quickly as if it’s the norm.

When having a manic episode, patients with bipolar disorder tend to have an “increase in goal-directed activity,” Baldassano says. That’s why therapists will ask patients about their recent workload. The clinician then has to parse out details such as negative feedback the patient says they’re receiving from their boss or a comment that indicates they’re being unproductive to figure out if their increased workload is, in fact, a symptom of bipolar disorder, Blumberg explains. If a patient’s answer indicates that they’re taking on more projects, and suffering from it without recognising they’re having problems, these could be signs that they’re bipolar.

Because bipolar patients in a manic episode are more impulsive, therapists ask about previous irresponsible behaviours to try to figure out if they’re just acting out or if these rash actions are different from their normal behaviours. For example, manic patients—more so than hypomanic patients—might have a tendency to drive recklessly, make poor business decisions, and even get involved in dangerous sexual encounters, Baldassano says. Cohen also notes these risky behaviours can include “any sort of excessive behaviour that can’t be controlled,” such as even shopping too much.

As their mood becomes elevated, so does a patient’s confidence, self-esteem, and optimism. For example, a manic patient might walk into their clinician’s office and brag that things are working out at their job, they’re feeling great, and—in an extreme case—they’re ready to quit the job without any concrete plan in place, Baldassano says. Many clinicians, however, don’t ask this question directly to the patient. Instead, they’ll discern if the patient’s feeling “grandiose” as a symptom of bipolar disorder through observation—especially since manic patients don’t have the insight to realise, “Oh yeah, I’m feeling way more successful than I did last week.”

While currently there isn’t a way to determine bipolar disorder through a test, family history can be very helpful, Blumberg says. In fact, bipolar disorder tends to run in families and children with a parent or sibling with the illness are more likely to develop it, according to the NIMH. Both Baldassano and Cohen emphasise the importance of involving family beyond just medical records to help diagnose a patient. Because bipolar patients experience such dramatic moods swings, during which they might not have great insight as to their experiences and feelings, family members can be better reporters of a patient’s symptom.

If you or a loved one is suffering from what you think might be bipolar disorder, a good place to start is reaching out to your family physician. You can also visit NIMH’s Help for Mental Illnesses for more information and resources for help.

Previous: Get Fit For Spring In 28 Minutes With Sam Wood
Next: The Unexpected Workout Kendall Jenner Does Every. Single. Day.
Related posts
Pet Care News