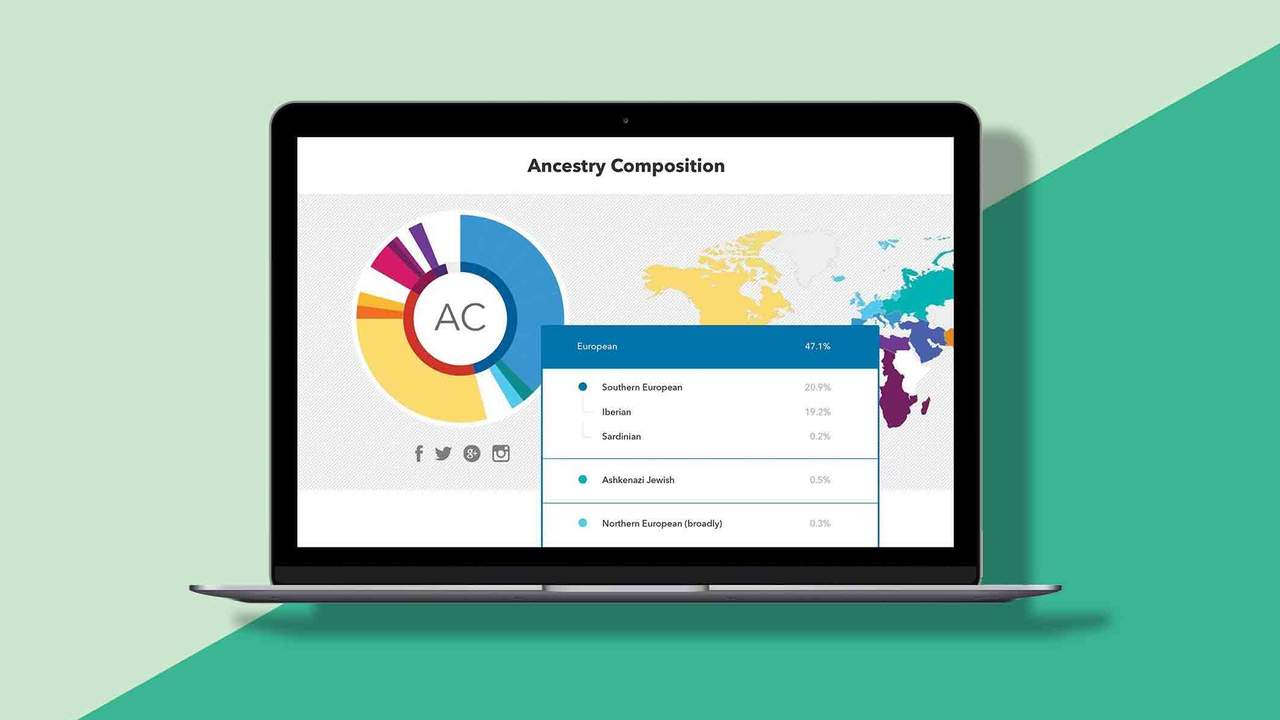 National DNA Day, observed every year on April 25, commemorates the discovery of DNA’s double helix in 1953 and the successful completion of the Human Genome Project in 2003. Since these discoveries, the field of genetics has expanded even further—all the way to our own front doors, in fact, thanks to at-home genetic tests such as 23andMe.

Ever since 23andMe’s Health + Ancestry Personal Genetic Service was approved by the FDA in 2015, millions of people around the world have purchased these kits, which cost between $99 and $199 depending on which features are included. Customers mail back saliva samples for testing in the lab, in hopes of learning more about their family history, their ethnicity, and maybe even their risk for certain health conditions.

Now, to celebrate National DNA Day and the science behind these tests, the company is offering 30% off all kits for a limited time. Before you click that purchase button, however, there are a few important things everyone should know about what you can—and can’t—learn from this test. Health spoke with Reed Pyeritz, MD, professor of genetics at the University of Pennsylvania School of Medicine, about what he thinks consumers should keep in mind.

The test’s ancestry tools aren’t complete, and they’re not 100% accurate

When 23andMe began issuing Ancestry reports, it compared customer’s DNA to 31 different ancient populations. Earlier this year, the company released an update that added another layer—and data from 120 additional regions around the globe—to help give customers a more accurate idea of their more recent ancestors.

That’s a huge improvement, says Dr. Pyeritz, but the company’s ancestry data still isn’t complete. “There are an awful lot of genetic variations that are known for Northern Europeans and Eastern Europeans, and so results in regards to those regions is going to be pretty accurate,” he says. “But in some other populations, there have been fewer people studied and that means there’s more of a tendency for error.”

Women who get tested will also receive slightly incomplete ancestral analyses, because males inherit certain genetic material—called haplogroups—from both their fathers (through their Y chromosome) and mothers (through mitochondrial DNA), while women only inherit it from their mothers. However, 23andMe says the “vast majority” of its ancestry features are based on autosomal DNA, which both parents pass on to male and female offspring.

You can opt out of certain test results

Even if you send in your saliva for 23andMe’s Health + Ancestry service, that doesn’t mean you have to look at your results for every genetic variant. The company’s Genetic Health Risk reports can tell you, for example, if you carry genetic markers that raise your risk for breast cancer, Alzheimer’s disease, or Parkinson’s disease—but you can also choose not to access any or all of those reports if you’d rather not know.

Reports that don’t have an opt-out option include genetic information associated with higher risk for Celiac disease, age-related macular degeneration, and other rare hereditary conditions that may cause health problems later in life. You’ll also get a wellness report that indicates how your genes may play a role in your height, weight, muscle mass, likelihood of being lactose intolerant, and more.

It might be a relief to learn that you don’t carry any of the variants 23andMe tests for that are known to raise the risk of certain diseases. But that doesn’t mean you can’t still get sick one day: Other genes can still play a role, as can lifestyle factors and environment.

“These tests are only looking at specific genes, and those genes only account for a tiny proportion of people who have these disorders,” says Dr. Pyeritz. “I do think that 23andMe is pretty explicit in stating this fact in their results, but not everyone who spits in a cup is going to take the time to read those disclaimers or their entire report.”

Similarly, learning that you do have a genetic predisposition to a condition like Parkinson’s or Alzheimer’s disease may not do you much good. First, there’s still no guarantee you’ll develop the disease, and second, there may not be much you can do about it.

The one exception? Learning you have a BRCA mutation that puts you at increased risk for breast and ovarian cancer can provide an opportunity to actually do something preventative, says Dr. Pyeritz—like increased screenings or even prophylactic surgeries. “The information can be used for genetic counseling,” he says, “and if something is found, then it can be treated earlier and more aggressively.”

It could affect your plans for having children

23andMe’s test can also tell you if you’re a carrier for more than 40 genetic disorders, which means you carry one genetic variant for a condition (such as cystic fibrosis, sickle cell anemia, or hereditary hearing loss) and could potentially pass that variant down to your children.

If you and your partner are both carriers, there’s a 25% chance you could have a child born with that condition, says Dr. Peritz. 23andMe makes this clear, as well: “Understanding your carrier status helps you work with your doctor to prepare for the health of your future family,” the company’s website states.

You can choose how the company stores and uses your data

As a 23andMe customer, you can decide whether or not the company should store your saliva sample or destroy it after analysis. You can also decide whether you want your account to be visible to other 23andMe members, and if you want to participate in a tool that connects you with relatives based on your DNA similarities. You can also change these settings at any time.

It’s also important to know that 23andMe does not sell, lease, or rent any identifiable information at the individual level. The company does, however, share aggregated customer data (stripped of people’s names, contact information, and personal details) with third parties “in order to perform business development, initiate research, send you marketing emails and improve our services.”

23andMe also offers customers the opportunity to participate in scientific research, both at home or online. But participation is voluntary, and choosing not to do so won’t impact your analysis the results you get out of the service.

Not all the results are super-serious

Along with ancestry and genetic health risk, a 23andMe report can give you fun insights into how your DNA may affect your physical and personality traits. For example, it can tell you if you have genetic variants that make you more likely to be a vegetarian, to drink a lot of coffee, to be a sound sleeper, to have frizzy hair, or to have two different sized feet.

Recently, 23andMe even started testing for genetic variants for misphonia—a condition in which everyday noises (like the sound of someone chewing) can send a person into a rage or panic. Test results can also tell if a person has higher-than-average odds of disliking cilantro, or turning red in the face (flushing) when they drink alcohol.

You could discover new relatives

As part of your genetic report, you have the option to participate in a tool called DNA Relatives, which allows you to connect with other people who have used the service who share familial DNA.

Even before opting into this additional service, your report can tell you how many close relatives (like siblings, parents, grandparents, and first cousins) are in 23andMe’s database, as well as how many more distant relatives. It can also tell you where these relatives are located around the country and the world.

Activating the DNA Relatives tool means sharing your profile picture, your name or initials, and some of your report results with your genetic relatives. “Remember that by using this tool, you may discover unexpected information,” the website cautions. “Though uncommon, unexpected relationships may be identified that could affect you and your family.”