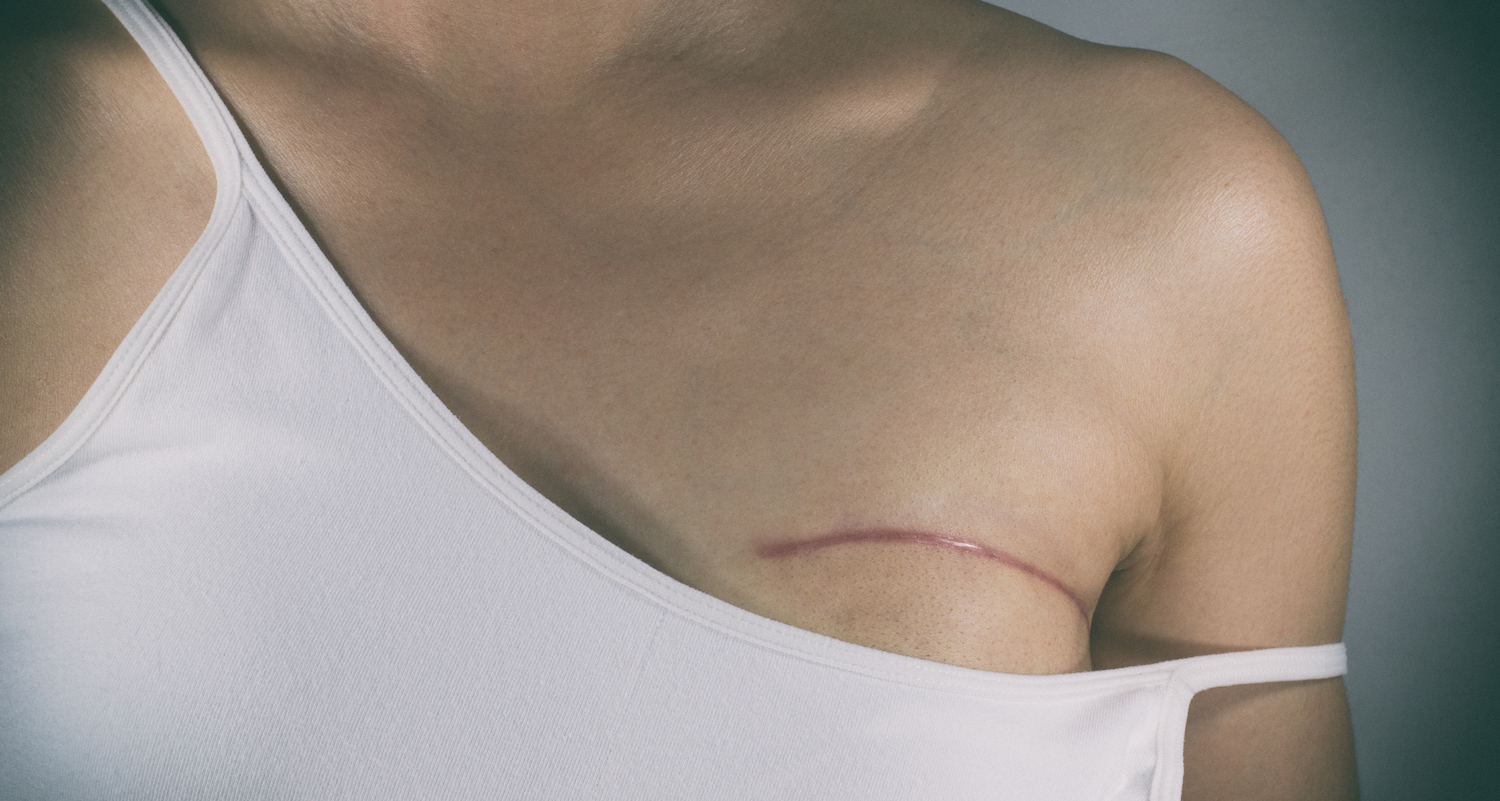 Unless you’re a breast cancer survivor yourself, there are some things about the disease that you simply can’t know or understand. Yet most of us know and love someone who has battled breast cancer, and the more you know about it, the better you can support them. So we asked survivors what surprised them the most about their diagnosis, treatment, and recovery and they told us all about the good, the bad, and the braless.

1. I NEVER NEEDED TO WEAR A BRA AGAIN

“After my breast-cancer diagnosis, I ended up needing to have both breasts removed and implants put in. My biggest and best surprise was never needing to wear a bra again. I have to admit I rub it in a little when my girlfriends complain about underwire and poorly-fitting bras.” — Mary S

“Cancer diagnosis is not straightforward, and doctors won’t always assume that’s what it is. This is why it’s so important to get a second opinion! Stage 0 cancer is still cancer. Be proactive in your exams and health, don’t wait to get something checked out. Green liquid is not supposed to leak from your nipple, as I learned the hard way.” — Megan H

3. DOCTORS CAN BE IN DENIAL TOO

“As hard as it was for me to hear that I had breast cancer, it was also really hard for my doctor to say it. It devastates doctors to tell young people (because let’s not forget that breast cancer is not just a women’s disease) that it’s cancer because, like you, they had desperately hoped it wasn’t.” — Megan H

4. CHEMO CAN MAKE YOU CRAVE JUNK FOOD AND GAIN WEIGHT

“Before breast cancer I had no idea how many different kinds of chemo are out there. It’s not like how you see in the movies where they are puking, losing weight, and all their hair falls out. In fact, some types of chemo do not cause nausea. So many people, including me, gained weight during chemo—mainly because the only taste buds that are left are for sweets, plus they administer steroids that stimulate the appetite. I hated how much I craved junk food when that is completely the opposite of my normal eating habits and tastes.” — Garian V

5. EVERYONE HAS A BREAST CANCER STORY TO TELL YOU – AND THAT’S NOT ALWAYS A GOOD THING

“When I was first diagnosed, I was surprised at how many people had an experience with a friend, sister, mom, or co-worker having cancer. Unfortunately, they always wanted to tell me things like ‘She had stage 1 and died!’ or ‘She only had six months to live but she’s still hanging in there a year later!’ Every cancer, like every person, is different and having your cancer compared to someone else’s sucks. Hearing how someone had a 99 percent chance of survival and didn’t make it is not what we want to hear right now. Hearing how someone is a 10-year survivor after a terminal diagnosis, while uplifting and inspirational to you, usually is just depressing to someone who’s been told they have six months to live.” — Jen E

6. PEOPLE WILL WANT TO RUB YOUR HEAD

“It was a bit shocking to me how many people thought it was okay to just touch my bald head or ask to see my head if I was wearing a hat. I’d known that getting touched randomly in public is a thing that pregnant women have to deal with often, but I didn’t know it extended to cancer patients. It still surprises me that people think it’s okay to touch anyone without their permission, for any reason!” — Garian V

7. CANCER TREATMENTS MAY KILL THE CANCER BUT THEY CAN CAUSE OTHER HEALTH PROBLEMS FOR DECADES

“I’ve been recently diagnosed with high-grade ductal-carcinoma in situ (DCIS) [a type of breast cancer]. My surgery is in a few weeks. The surgery doesn’t frighten me as much as the radiation afterwards and the potential for damage to my heart and lung. Heart damage from radiation doesn’t show up for 15 to 20 years, by which time it’s really too late to do anything. I am tired of cancer. In the last two years I have lost both parents and a handful of friends to the disease. Even my cat died of cancer. It’s all really depressing and I just want to get through this and move on!” — Nicholle C

8. ONCE YOU’RE A PATIENT, THE ONLY STATISTICS THAT MATTER ARE YOUR OWN

“When I got the breast-cancer diagnosis, I learned as much as I could in a short amount of time about what I wanted for surgery and reconstruction. I thought that the more I learned, the better off I would be, but I quickly learned that research results are simply statistics, not an individual guarantee. For instance, they say only 3 to 5 percent of reconstructions wind up with an infection. Well, when I wound up with an infection after my implants were put in, that ‘small’ chance became 100 percent for me.” — Kelly F

9. LOSING YOUR BREASTS HURTS IN WAYS BEYOND THE PHYSICAL

“The second time I got breast cancer the treatment was easier in that I didn’t have to do chemo or radiation, but I had to have both my breasts removed, which ended up being really hard. Not only was it physically painful, but I was surprised to find I was so sad over their loss. It made me feel like less of a woman in ways.” — Rose J

“For me, breast cancer was truly a gift. Now I treasure life, I live to the fullest and don’t sweat the small stuff. I now understand what is really important.” — Rose J

11. EVERYONE IS SUDDENLY AN EXPERT ON CANCER

“I was amazed at how many people had ideas about treatments, diets, supplements or other things I ‘should’ be doing. Any suggestions about what to eat, drink, or do during cancer should be off limits. It’s hard enough getting through chemotherapy without having to feel like everyone has an opinion about how you are getting through it.” — Mary S

“Having the support of friends and loved ones, online or in person, was so helpful to me during my treatment. I learned that ‘I’m praying for you’ or ‘I’m sending positive vibes your way’ aren’t just things people say. I had no idea before how powerful prayers and positive thinking can really be.” — Kelly F

“Shortly after being diagnosed with breast cancer, I remember a lady telling me she was a 17-year survivor. I hung on to that thought through my treatments and it gave me such comfort. I like to share the same with other people going through the same thing now because I know how much it meant to me.” — Darlene M

14. YOU LET GO OF A LOT OF INHIBITIONS

“I never was much for swearing, but I started cussing a lot after I was diagnosed. I needed a way to express everything I was feeling. I had no idea I could be so creative with my swears!” —Mary S.

“I don’t know if this was a surprise to me, but it sure seemed to surprise other people. They always wanted to know my whole story, and sometimes I just didn’t want to talk about breast cancer. I would have loved to be given the opportunity to talk about my job or my new nephew or the mold I found in my shower…just about anything but cancer.” — Mary S