When the International Olympic Committee announced that 2020 Summer Olympics had been postponed until 2021, Megan Rapinoe says the decision came as both a heartbreak—and a relief.

“I don’t think any athletes are out there saying, ‘No, we should have [the Olympics this July],'” she tells Women’s Health. “Everyone was saddened, of course. It’s frustrating. It’s hard. But I think athletes were relieved in a way, too, because it would have been a lot of stress to try to continue training, find safe places to train, and to manage it all at this time.”

As an Olympic gold medalist and the co-captain who led the U.S. National Women’s Soccer Team to World Cup victory in 2019, Megan’s used her global platform to support fellow athletes and advocate for issues like LGBTQ rights and women’s pay equity.

Even with live sports currently put on hold because of COVID-19, Megan is doing her part to fulfill that mission with Prodigy, a docuseries she hosts on the newly launched mobile streaming service Quibi, which features shows and movies released in eight- to 10-minute long “quick bites.”

The show follows a roster of young athletes on the cusp of superstardom as they hustle to become the best. Each episode features a different athlete—whose stories Megan hopes will showcase the kinds of resilience, passion, and triumph over adversity that the Olympic games provide.

We talked to Megan about the postponement of the 2020 Summer Olympics, how she and her partner, WNBA star Sue Bird, are maintaining their physical and mental health while social distancing, and how Prodigy will serve up a much-needed dose of motivation.

WH: The delay in the Olympics means that so many athletes from across the globe won’t be able to tell their stories to the world. How do you feel about that?

MR: Oh, it’s so sad. That’s my favorite part about the Olympics, since I was a kid—sitting down in front of the TV for hours and watching all the backstories and learning about all of the different athletes, some of whom you don’t get to see very often. Maybe you only get to see them once every four years. So I’m thankful that it’s been postponed and not just outright canceled.

There is such a build-up for so many years leading into a major event like this, and people work their whole lives—and definitely for the last four years—to get themselves in a position to be ready. It’s a little weird to have to put that all on hold, but I’m now looking forward to the new stories coming into next year. What did everyone do to get ready and stay ready? How does everyone handle it? What stories change, and who’s still there to compete? So it’s a bummer, but an interesting opportunity.

What do you think the delay means for so many 2020 hopefuls?

The unfortunate thing is that probably not every single person who was going to make it this year will make it next year. This might have been someone’s last year, or for whatever reason, maybe the way qualifiers go, things change leading into next year. It’s going to be heartbreaking for some athletes. Then there’s probably some people who will have another year [of training] under their belt, and they’re going to be that much better. Maybe they were on the cusp of making it or not, and now they’re getting an opportunity to make it. It’s heartbreaking and inspiring all at the same time.

Social distancing has meant that athletes, like everyone else, now have to spend the vast majority of their time at home. Has that changed the way you approach training, or exercise in general?

Yeah, I can’t train the way that I normally would train. I’m in the tri-state area, in Connecticut, and the New York-New Jersey-Connecticut area has been pretty hard. A lot of parks and schools and everything has been closed down, so even trying to get on a field has been a little bit difficult. So working out now is for my health and wellness and my mental stability. We’re all inside a lot. So I’ve just tried to be easy on myself. 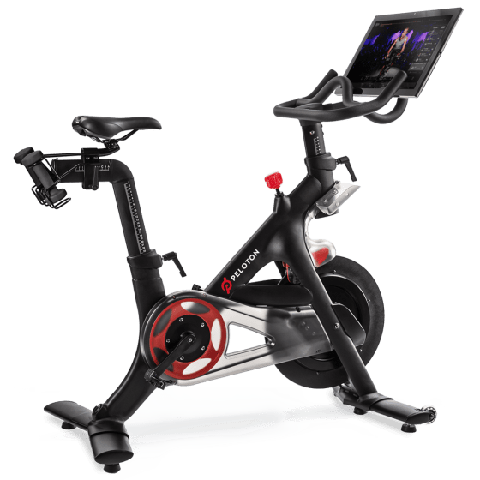 We’re still working hard in the house, doing the most we can to get the sweat in, to get the workout in, and keep ourselves sane. We’ve got a Peloton bike. We have some random home equipment, like a med ball and some bands. My girlfriend, Sue [Bird], is a basketball player, so we do a lot of bodyweight exercises anyways. We’ve just adapted and try to do the best we can, understanding that we’re in the middle of a global crisis—so if we can’t do something, we can’t do it and that’s okay.

Do you lean on each other for motivation?

Oh, yeah, totally. I probably lean on her more. She’s much more disciplined than I am. So it is really nice to have a workout buddy. We can have a little routine and we can keep each other motivated and lean on each other when one of us is feeling a little bit unmotivated.

Have you been in touch with your USWNT teammates?

Yeah, definitely. We’ve just been seeing what everyone’s up to, commenting on people’s posts, and sending people texts. We’ve had a few FaceTime hangouts. Just checking in and making sure everyone’s good and sane and keeping themselves going.

How are you staying informed?

We’ve been watching a bit of the news every day to keep ourselves informed. Governor Cuomo’s briefings are our daily viewing for sure. The White House briefings are a little too unpredictable and filled with untruths, so we don’t watch all of those.

The absence of SNL, from a content perspective, is a major tragedy in this particular time—that we’re going through this, and we have White House briefings every day but don’t have SNL. Can you just imagine if they were able to continue their magic right now? So we’ve reframed the way that we watched the White House briefings—those have become SNL skits.

What else are you watching to stay entertained?

It’s actually been really weird without sports. We both watch a lot of live sports, obviously the NBA. We were gearing up for playoffs. And that’s all canceled right now. In the absence of live TV, all the streaming platforms are just killing it right now. We’re watching Ozark and we watched Tiger King, of course.

Today you’re putting your own streaming content into the world with Prodigy. What interested you in telling the stories of young athletes?

Usually in these kinds of stories, you’re seeing someone who’s had a long career and then going back to explore the history of it. It’s like a deep dive looking back. They don’t really tell the stories of younger athlete trying to grind and make it as young superstar right now. So I love that aspect of it. You’re in the thick of their emotions right now, and the pressures, and what they’re sacrificing, and how they’re going through their daily lives. That’s a story that we don’t really have in sports that much.

What do you think makes this particular class of young athletes so compelling?

I love that they’re all already exceptional and world leaders in their own right. But they’re right at the very beginning of it all. They have the world in front of them, and you’re getting to see the decisions they’re making in real time, the stresses and sacrifices as they’re on that straight upward trajectory.

The stakes at that point in their lives are high—and especially inspiring because of it.

Totally. For some families, this might be their way to a better life. A lot of athletes have that kind of story, but you rarely get to see that unfold and get that visceral understanding of the decision-making process, to see someone at 16 try to decipher the best path for their future. Do I change schools or not? Do I go overseas or not? Setting that clear goal that they have in mind, and at such a young age, too.

A lot of it is probably just going on instincts and gut feeling, which is remarkable to see live in action. They have the work ethic and the foresight and the motivation, all of that. But you’re seeing it in its rawest form—with all the pressures of family and success and making a name for themselves, all in the same breath. This is going to be some good, uplifting motivation for people right now.

You can watch Prodigy on Quibi. Download Quibi now for a 90-day free trial.

Previous: The World's Strongest Man Shows How He Trains By Just Hanging Out
Next: Surgical masks good for most COVID-19 treatment
Related posts
Pet Care News