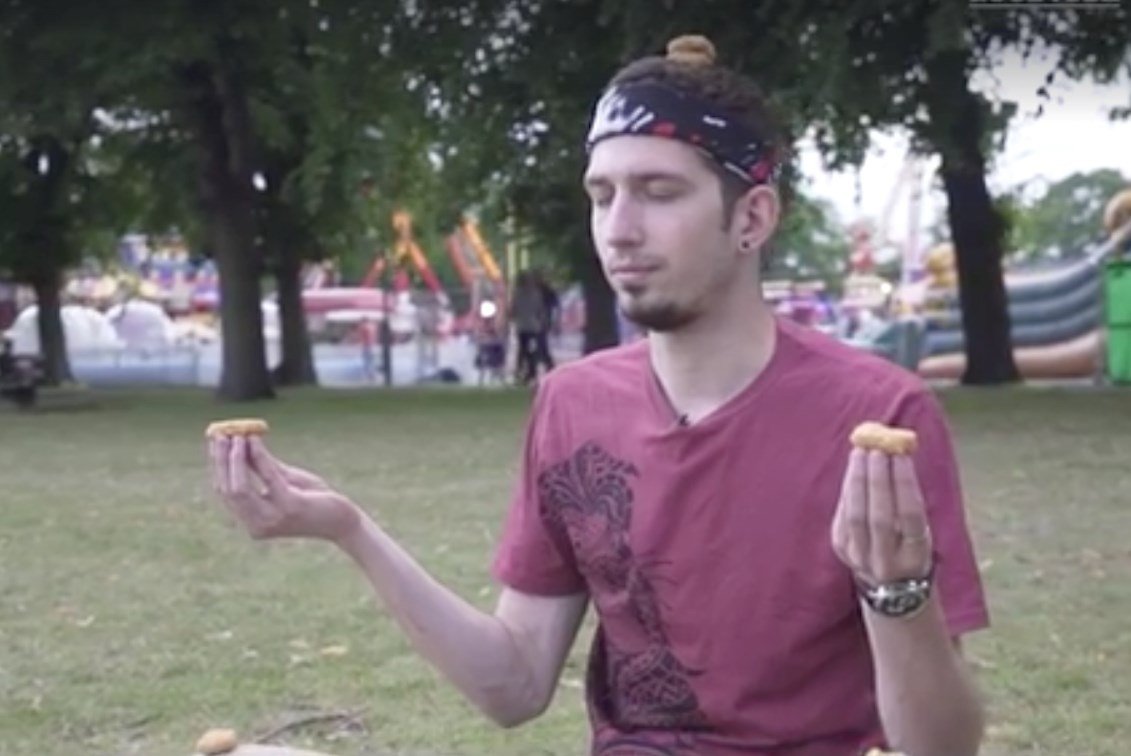 2017 has seen plenty of new takes on the yoga trend –  incorporating things like beer, Harry Potter and goats – but this one might just be the best.

“Experts” say it “combines the joy of eating chicken nuggets with the mindfulness of yoga”, and thankfully, nibbling is encouraged.

According to this informative video, it’s run by “nugget expert Kevin” who learned his trade working at a McDonalds in the Himalayas.

And there are some pretty compelling testimonials.

“I actually used to be a vegan for 9 years and then I found chicken nugget yoga and it changed my whole perspective on everything,” one client said. “It’s quite spiritual.”

“I had no idea what yoga was, I just saw chicken nuggets and I turned up,” another explained.

While this hilarious video is an obvious send up, we’re actually on board. And hey, what’s stopping you from practicing chicken nugget yoga yourself.

Go on, buy yourself a ten-pack and get your trikonasana on.