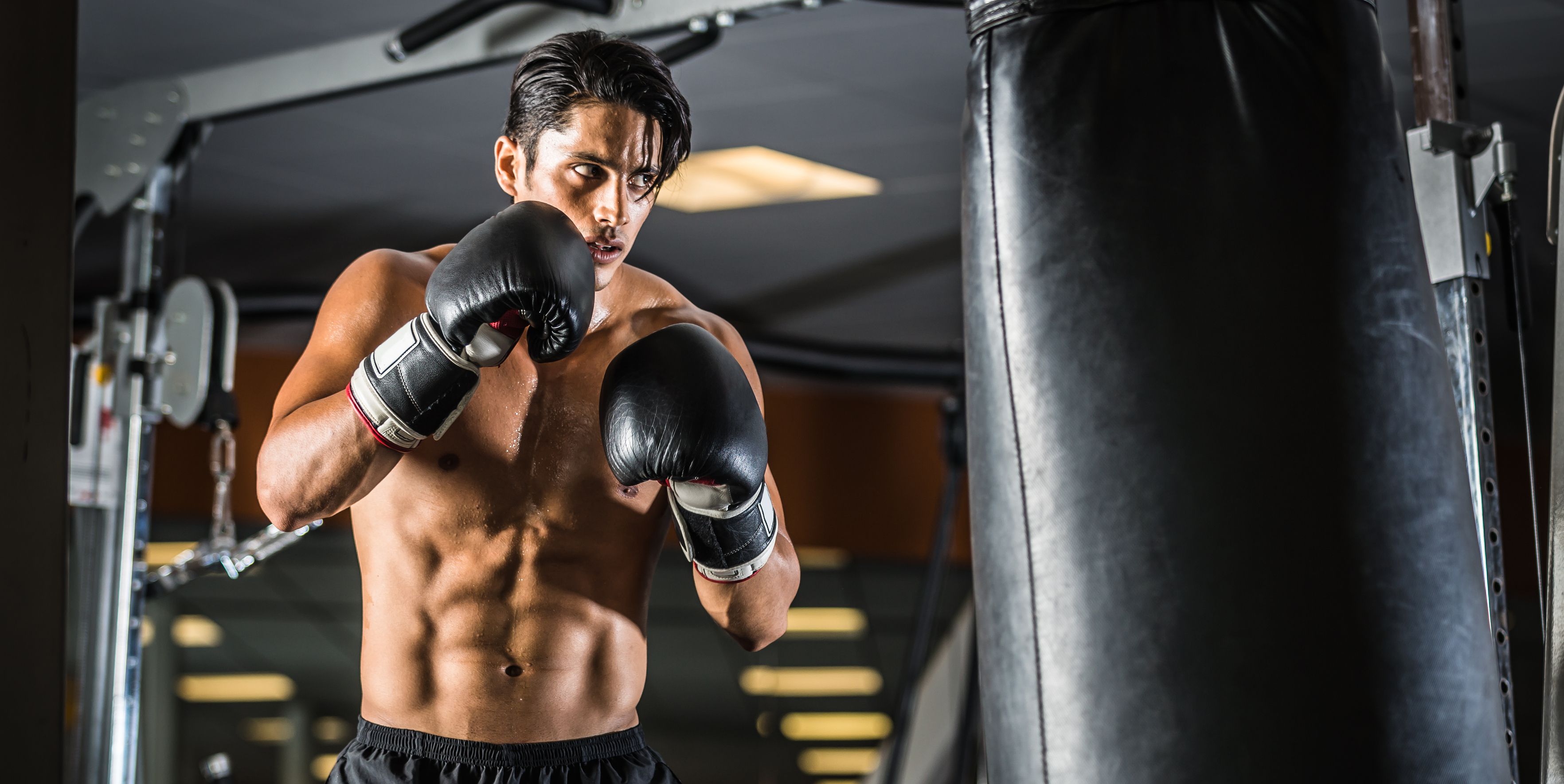 Home » Fitness » 3 Boxing Workouts to Help You Pack a Punch 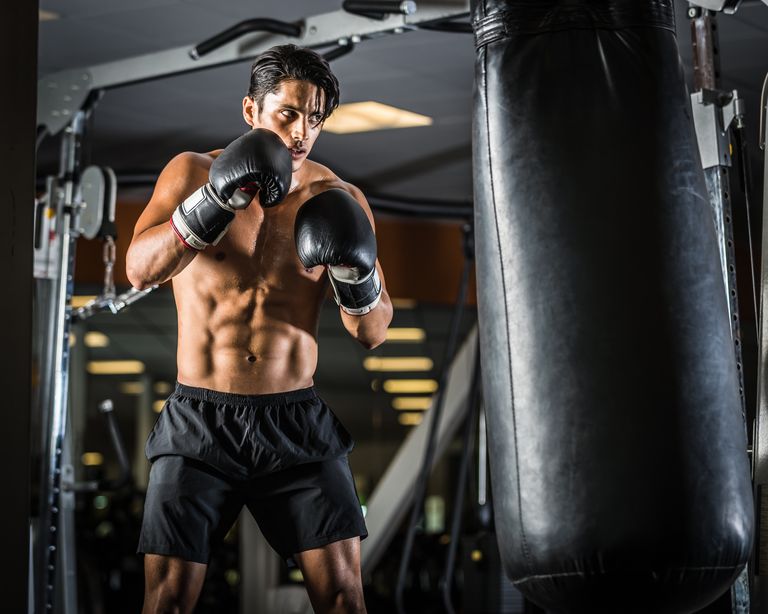 If you want to unleash some pent up aggression during your workout, there’s nothing better than grabbing some boxing gloves and whaling on a heavy bag.

Even just drilling for the sport can help to improve your cardio stamina, endurance, balance, and coordination. You’ll be working your upper body, lower body, and core, and the intense, fat-burning workouts can help to drop weight, too — plus you’ll be able to handle yourself better if someone starts swinging at you.

But it takes more than just effort and grit to make the most of a fighter’s fitness routine. You’re going to need to funnel that intensity into specific movements and drills to really begin to reap the benefits.

To help you hone your skills, we tapped some top fighters to act as your cornermen. Hit these workouts to improve your punching power — and you’ll have a new outlet to de-stress on even your most frustrating days. Just make sure you throw on some wraps or gloves before you attack the bag to keep your hands in good health.

Three-time welterweight champ Antonio “the Tijuana Tornado” Margarito suggests implementing a series of stretches to prime the muscles before hitting the ring.

Complete each motion 12 to 15 times for enhanced mobility before you hit the bags.

Arm circles: Draw large circles with your arms, first in a forward motion, then backward.

Crossovers: Swing both arms out to your sides and then cross them in front of your chest.

Hip circles: With your hands on your hips, spread your feet beyond shoulder-width apart. Move your hips clockwise in a circle, then counterclockwise. Repeat with your arms extended out to your sides.

Whether you’re facing Wanderlei Silva in a cage match or a 75-pound bag in your basement, the same rules apply: “Once you’re warmed up, you should be throwing each punch at full blast,” Mir, a former UFC heavyweight champ, told Men’s Health. He uses this demanding six-round routine to build mental and physical tenacity.

Use light dumbbells and a stretch band with a handle to balance out your strikes and build punching power with this drill.

Run through six cycles of the exercises described above to simulate three rounds of heavy boxing work.

Your coach: Michael Olajide Jr.
Shadowboxing allows you to rack up high reps without the resistance of a bag to slow your punches. “You’ll tone your shoulders, back, and core, which will help you throw faster punches,” Olajide said.

Hit on beat Play five songs that have strong rhythms and last 3 to 4 minutes each. On every fourth beat (count out loud to keep yourself on track), unleash one of the punch combinations below, and then bring your hands back to your starting stance before the next beat. The shifting tempo of some tracks may require you to punch continuously until the song slows.